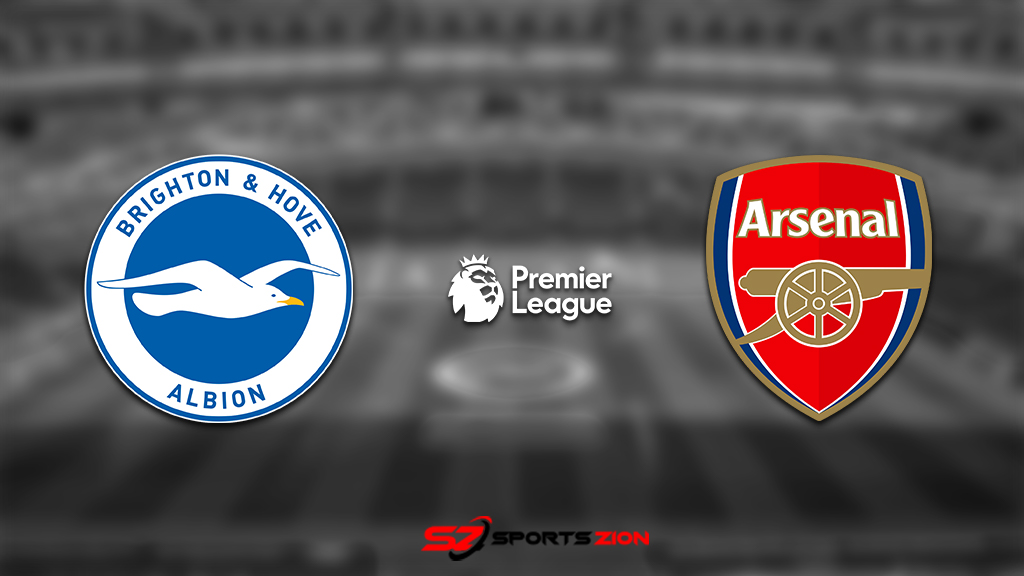 English Premier League has moved to the Matchday 7 and Arsenal is flying to American Express Community Stadium to lock their horns with the home team, Brighton on Saturday.

Brighton is preparing to take down Arsenal to continue their undefeated run for the fourth time. The Seagulls have played six matches so far and won four and have one loss and one draw. Brighton currently with 13 points is ranking at sixth place.

Meanwhile, Arsenal is now climbing the EPL rankings after a poor start. They would also play to win their fifth match to continue their winning streak. Currently, the Gunners have won three matches and lost three matches in the EPL. Further, they rank tenth at the moment in the EPL Standings. Now let’s look into the stats, predictions, previews, odds, picks, and team news.

Where To Watch Brighton vs Arsenal Live from the USA?

Where To Watch Brighton vs Arsenal Live from the UK?

Where To Watch Brighton vs Arsenal Live from Canada?

It seems like Arsenal finally picked up their pace. Their performance in the last few weeks was magnificent. Further, the Gunner’s 3-1 victory against Arsenal was just mind-blowing. Meanwhile, Brighton had a hard time in their last match and only equalized the score against Crystal Palace during the injury time. Therefore, we predict ‌Arsenal will win with 1-0 against Brighton.

Coming to the Amex tomorrow? 🤔

All the travel info ahead of #BHAARS… 👇

Brighton’s Adam Webster, Steven Alzate, and Danny Welbeck are out of the squad for the upcoming match against Arsenal because of their respective injuries. Further, Yves Bissouma and Enock Mwepu are fit now but their appearance is still doubtful in the starting XI.

Meanwhile, Granit Xhaka is again out of the game just after his return from suspension. The Swiss professional suffered a knee injury which ruled him out for three months. Apart from Xhaka, most of the players are fit to appear in the match against Brighton.

Any player from both the English team doesn’t have a suspension to not appear in the upcoming match.

🔎 Take a look at the lads in action at London Colney ahead of #BHAARS 👇 pic.twitter.com/09UKFfCoRg

1. Leandro Trossard: The Belgian forward is one of the best players in the squad. We can expect the 26-year-old to bag many goals for Brighton in this season.

2. Yves Bissouma: The Malian midfielder is a key figure in Brighton, as he can build many key passes for the forwards to score goals.

1. Pierre-Emerick Aubameyang: The Gabonese forward is the captain for both Arsenal and his national team. Further, he’s the talisman for Arsenal to score goals.

2. Martin Ødegaard: The Norwegian youngster was on loan at Arsenal from Real Madrid, but after his mind-blowing performance, the Gunner signed the player for $35 Million.

3. Thomas Partey: The Ghanaian midfielder will be the key playmaker for Arsenal in EPL 2021/22.