The 10 most expensive football training grounds in the world 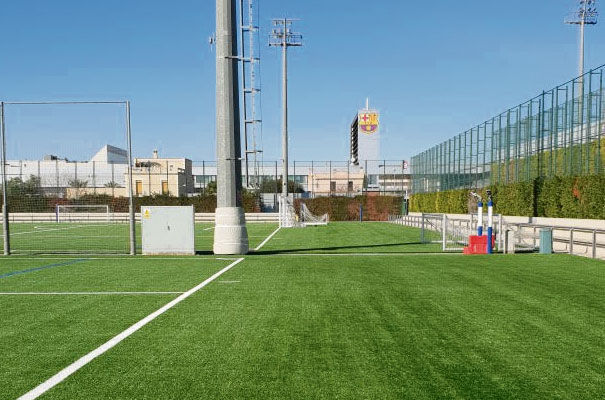 Football has become a multimillion dollar business in recent years and it is, therefore, no surprise that clubs around the world continue to commit huge funds towards the development of the game.

While FIFA has been doing its bit with regards to the development of international football, the efforts of clubs can also not be underrated. Majority of the elite European clubs have turned to youth development in a bid to build towards the future.

To do this, though, major investments have gone into the development of world-class training grounds. The likes of Manchester City, Real Madrid, Barcelona and Arsenal have built ultra-modern training facilities with multipurpose functions to help in player development.

But have you ever wondered how much money has gone into the construction of these world class training facilities?

Below, Sports Zion delves into the 10 most expensive football training grounds in the world: 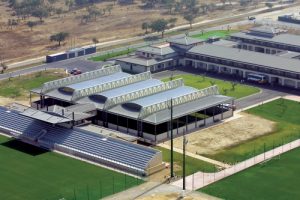 The Sporting Lisbon academy is one of the best in the world, having produced some of Portugal’s greatest talents. This is the same ground that nurtured Luis Figo and five-time Ballon d’Or winner Cristiano Ronaldo.

The Academia Sporting, as the ground is known, boasts some state-of-the-art facilities and is estimated to cost $20 million. Although Porto and Benfica are bigger traditional clubs than Sporting Lisbon, the latter is the leader when it comes to producing players for the Portugal national team.

During the Euro 2016 final, eight of the 11 players who started for Portugal were nurtured by the Academia Sporting. The top-notch facilities at the centre makes it one of the most expensive training grounds in the world. 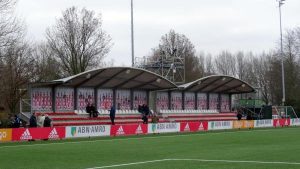 Sportpark De Toekomst is a sports complex owned by Dutch giants Ajax. The construction of multi-million dollar centre started in 1993 and it was officially opened three years later. The facility boasts nine football fields, with the main field having a seating capacity of 2000.

The Sportpark De Toekomst is used by the main Ajax team, the junior sides as well as the club’s women’s team. It is also used as the home ground for the women’s team and Ajax’s reserves side, Jong Ajax.

The actual cost of the facility is unknown but it is estimated to have cost between $25 million to $30 million after its expansion in 2013. Meanwhile, the Sportpark De Toekomst is where many Dutch players developed, including recent hotshots Matthijs De Ligt, Frankie de Jong. 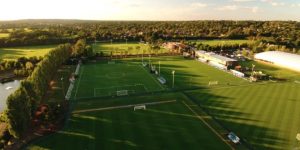 The Cobham Training Centre is used by Premier League side Chelsea. The centre was opened in 2007, replacing Stoke D’Abernon as the Blues’ training ground. The centre cost an amount of $25.8 million and has many ultra-modern facilities.

The training ground is built like a campus on a 140-acre site and houses all of the club’s activities, including that of the first team, reserves, academy and women’s team. Cobham has 30 football pitches and a hydrotherapy pool.

The facility also has an indoor artificial pitch, multiple gyms, a media centre, cold immersion pools, a sauna and a steam room. Chelsea is beginning to benefit from their investment in the Cobham Training Centre, with majority of the club’s academy graduates currently playing in the first team following last summer’s transfer ban by FIFA. 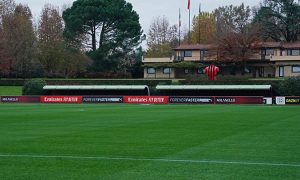 The Milanello Sports Centre is the training facility of Italian football giants AC Milan. The facility is located 40 kilometers northwest of the city of Milan. It was constructed in 1963 but has undergone a series of upgrading in recent years.

The cost of the Milanello is not known, but the centre is estimated to have cost between $50 million and $60 million. It has six regular pitches, one in synthetic grass, another covered pitch with synthetic ground and a small-sized outdoor pitch as well.

The centre also boasts several offices, a players’ rooms, chimney room, TV-room, pool-room; a bar, kitchen, two dining-rooms, a press room, a meeting room, a medical centre and a guests’ quarters. The ultramodern nature of the Milanello means the facilities in the centre are not only used by AC Milan, but also by the Italian national team. 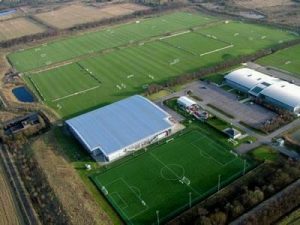 The AON Training Complex, previously known as Carrington, is the training ground of Premier League side Manchester United. The facility is located in Greater Manchester and serves as the headquarters for the academy of the Red Devils.

The complex was started in 1999 and was progressively opened for use to the first team, and academy in 2000 and 2002, respectively. The construction of the AON Training Complex cost $73.3 million.

Säbener Straße, otherwise known as the Bayern Campus, is owned by German giants Bayern Munich. Built between 2015 and 2017, the complex serves both the first team and the other youth teams.

The multi-purpose centre cost an amount of $77.3 million and has facilities for football, basketball, table tennis and handball. There are also eight football pitches inside the campus, which serve the youth teams and the women’s teams.

The Bayern Campus also contains 35 apartments which house academy players who do not live in or around Greater Munich. In addition, there is a stadium with a capacity of 2,500, as well as a number of offices for youth coaches and staff. 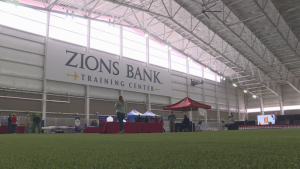 The Zions Bank Training Center is owned by Major League Soccer side Real Salt Lake. The club shares the facility with its affiliate USL side, the Real Monarchs. The training centre’s 208,000 square-foot indoor structure is the largest pre-engineered free-span building in North America.

The facility has eight fields, including two state-of-the-art artificial pitches. The centre also houses the stadium used by the Real Monarchs for their home games. The RSL Academy High School, a 300-student STEM (science, technology, engineering, and math) charter school, can also be found in the Zions Bank Training Center.

The facility cost $78 million to construct, and has structures to be able to host international delegations, high school and college activities and other sporting events. 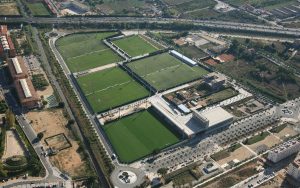 Ciutat Esportiva Joan Gamper serves as the training ground and academy base of Barcelona. The facility is located to the west of central Barcelona and was named after the club’s founder Joan Gamper.

The centre covers a space of 136.839 square metre and was built to replace La Masia, which used to house the club’s famed academy. Ciutat Esportiva Joan Gamper was constructed at a cost of $85.5 million and was officially opened in 2006.

It has five natural grass football pitches, three Fieldturf pitches and three multi-sport pavilion with a with capacity for 472 spectators for basketball, handball and futsal. The centre also has three gymnasiums, two press areas, four first aid areas and one dressing room building. The centre currently houses about 85 of the Barcelona’s youth players.

Real Madrid’s training ground, known as Ciudad Real Madrid, was inaugurated in 2005 to replace Ciudad Deportiva, which was sold by the club. The centre cost $110.3 million to construct and serves both Real Madrid’s first team and youth teams. 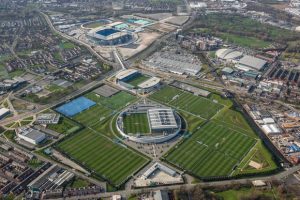 The Etihad Campus, owned by Manchester City, is the most expensive football training facility in the world. The centre cost a whopping $244.2 million and serves the club’s first team and other youth teams.

The site has six outdoor pitches, 80 bedrooms and a 56-seat TV auditorium. The club’s Academy Stadium, which has a capacity of 7000, is also located inside the campus. The centre was built in 2012 and was officially opened a year later.

It is this massive investment that has seen the club rise to the top of English football in recent years, with the likes of Phil Foden and Zinchenko successfully graduating from the City Academy to join the first team.