10 great footballers who flopped as coaches 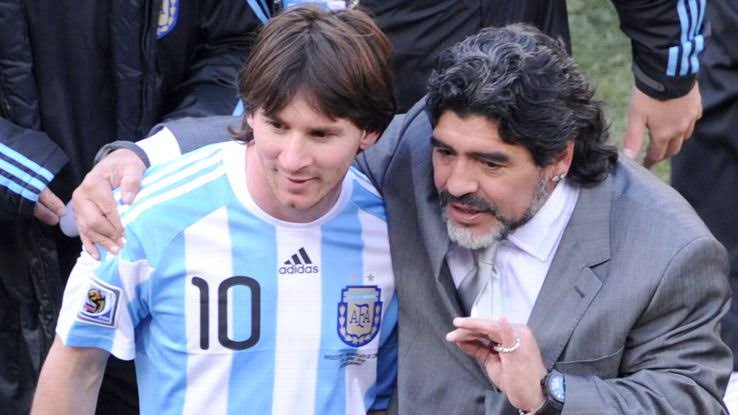 The world of football management is a very dicey one and when things go smoothly, the players more often than not receive most of the adulation, while the manager’s head rolls when things go south.

Regardless of the volatility of the job, managers are the brains behind the results, as they spend countless hours perfecting tactics as well as playing patterns and even longer hours drilling such tactics into their players.

A common path for players is to venture into football management after retiring and many of them get their coaching badges while winding down their playing careers.

The greatest players are usually expected to translate their playing success into management and while there are numerous examples of men such as Pep Guardiola, Johan Cruyff, Carlo Ancelotti, Diego Simeone, Zinedine Zidane but to name a few who had great playing as well as coaching careers, there are far more numerous examples of men who did it all as players but failed to translate that success to the dugout.

Here, we shall be having a rundown of 10 men who had legendary playing careers but struggled in the manager’s dugout. 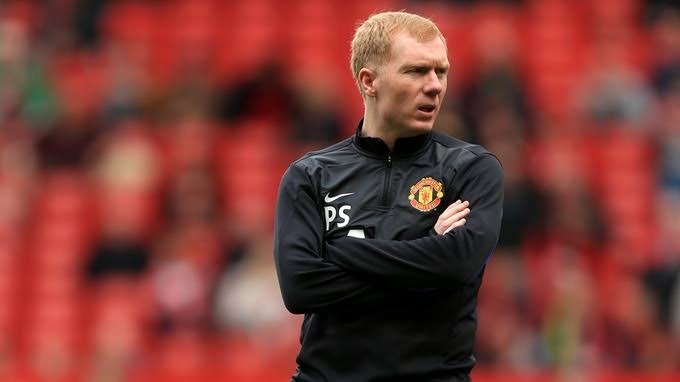 Paul Scholes is a bonafide Manchester United legend, having represented the club with distinction for exactly two decades.

The former England international was a class act in midfield and he played a major role in all the successes enjoyed throughout Sir Alex Ferguson’s reign right from when it started in 1993 till when it ended in 2013.

Scholes was a one-club man who represented only Manchester United in his professional career in addition to winning 66 caps for England.

He was highly decorated and won over 25 major honors with Manchester United including 11 Premier League titles and two Champions Leagues, but his managerial spell has not matched his playing career.

His first job came when he was part of Ryan Giggs’ backroom staff after the Welshman was appointed as player-manager before Oldham Athletic made Scholes their manager in League Two, but he resigned soon after, having won just one match from his first seven fixtures. 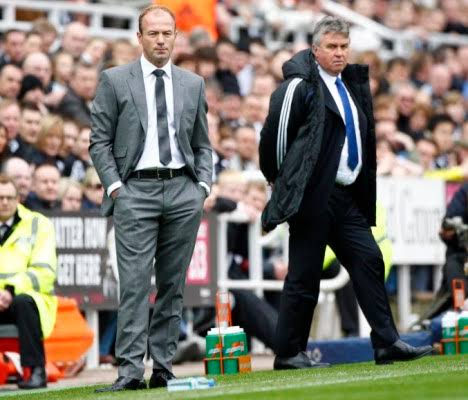 Alan Shearer is arguably the greatest striker in the history of the English game and to date, he holds the record for most goals scored in Premier League history as well as numerous other scoring records.

He made a name for himself with Blackburn Rovers, with his goals firing the club to an unlikely Premier League title in 1995 and he went on to achieve cult status with his displays for Newcastle United with whom he spent ten years, scoring 206 goals in all competitions.

With Newcastle staring down at relegation in 2009, Alan Shearer was brought in to try and rescue his old side with eight games remaining, but he failed to turn the club’s fortunes around and picked up just five points from a possible 24 to send Newcastle down to the Championship.

Since then, Shearer has not tried his hand at coaching again and has stuck to providing match analysis as a pundit in studios. 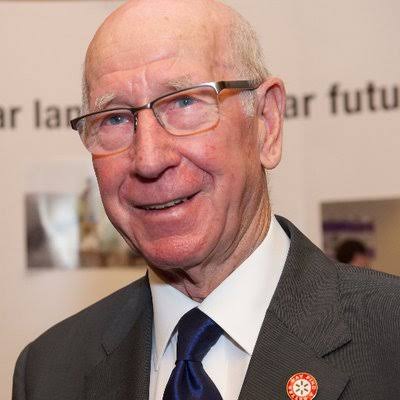 It is quite within reason to suggest that Bobby Charlton is the greatest player in the history of England and Manchester United and he played a key role in England’s World Cup triumph in 1966 as well as in the early successes registered for the Red Devils under Sir Matt Busby.

He won the Ballon d’Or in 1966 and for many years was the record goalscorer for both England and Manchester United (since surpassed by Wayne Rooney).

Charlton was appointed as the manager of Preston North End in 1973, but his first season ended in relegation and he left the role in 1975. 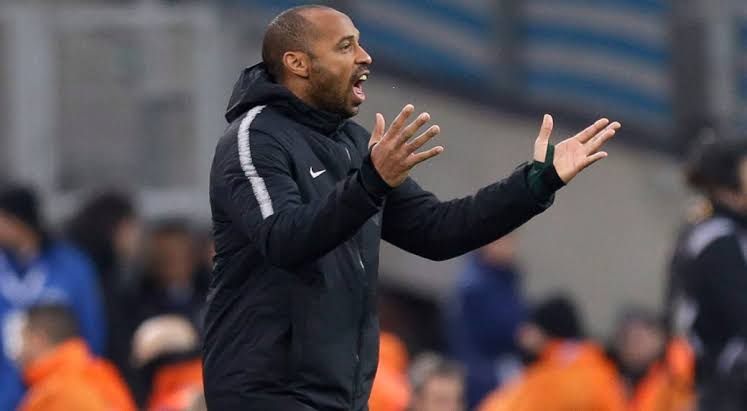 In a glittering career that lasted all of two decades, Thierry Henry played his way into being considered arguably the best striker of his generation.

The former French international was extremely adept in the art of goalscoring and he banged in goals for fun with different teams across Europe, with his best period coming at Arsenal where he won four Premier League Golden Boots and finished as Runner Up in the 2004 FIFA World Best Player.

On the international scene, Henry was also immensely successful with the French National team and won some major trophies including the World Cup, Confederations Cup, and European Championship.

Upon his retirement, Henry was selected by Roberto Martinez to be his assistant as coach of the Belgian national team and his tenure with The Red Devils lasted for two years.

In October 2018, AS Monaco dismissed head coach Leonardo Jardim after a poor start to the campaign and appointed Thierry Henry in his stead.

He was, however, sacked in January 2019 after failing to overturn the club’s fortunes. He left with a record of 4 wins, 5 draws, and 11 defeats, from 20 games in charge, with the club sat 19th in the league at the time of his departure.

MLS side Montreal Impact offered Henry a second chance at redemption when they appointed him as head coach in November 2019 and he would hope to fare better than he did at Monaco. 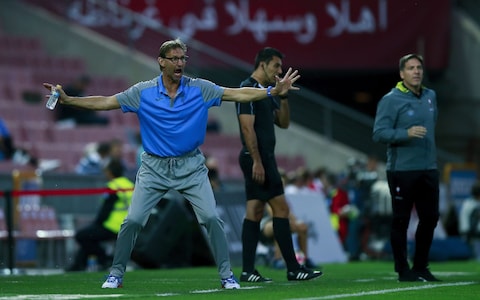 A bonafide Gunners legend, Adams spent the entirety of his 22-year professional career with Arsenal, making a total of 669 appearances and is widely considered by many to be among the greatest players in the club’s history, with a statue honoring him in front of The Emirates stadium symbolic of the high accord placed on him by the Gunners faithful.

He has, however, not enjoyed much success as a manager, with his first job as coach of Wycombe Wanderers ending in relegation for the side, while further spells with Azerbaijan side Qabala and LaLiga side Granada being unproductive. Adams’ stint with the latter club ended in another relegation

Paul Gascoigne won hearts the world over with his performance at the 1990 World Cup in Italy and from then on, he went on to achieve global prominence.

In terms of pure talent and ability, ‘Gazza’ is probably the most gifted English player of all time, but throughout his career, he was never far from controversy while his well-publicized struggles with alcoholism proved detrimental to his career.

Gascoigne tried his hands at football management upon retirement, with Kettering United appointing him in October 2005. However, ghosts of years past came back to haunt him and he clashed with the club’s board who complained of his alcoholism leading to his dismissal after just 39 days. 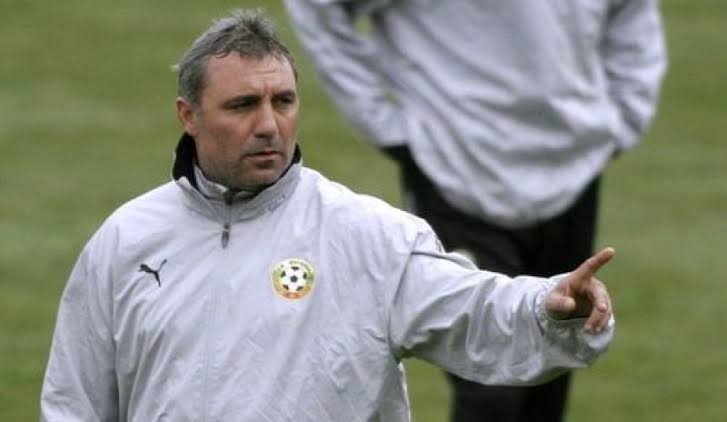 Hristo Stoichkov was another player who blossomed at the World Cup, with his performance as skipper of Bulgaria in the 1994 World Cup playing a key role in their fourth-place finish which saw him awarded the Ballon d’Or that year.

He was also immensely successful at club level with Barcelona as part of the famed ‘dream team’ under the management of Johan Cruyff.

During his playing career, Stoichkov was infamous for having temperamental issues and he was fined and banned on several occasions and he brought this vile temper with him to football management.

The Bulgarian national team job was handed to him in 2004, but results were poor, while Stoichkov also clashed with a number of his marquee players including Stiliyan Petrov who vowed not to play for his nation as long as Stoichkov was the manager (he was the third player and second captain to take this stand during Stoichkov’s two years at the helm).

He was unsurprisingly fired by the Bulgarian FA and he has gone on to manage other clubs like Celta Vigo, Mamelodi Sundowns, Litex Lovech as well as former side CSKA Sofia without much success. 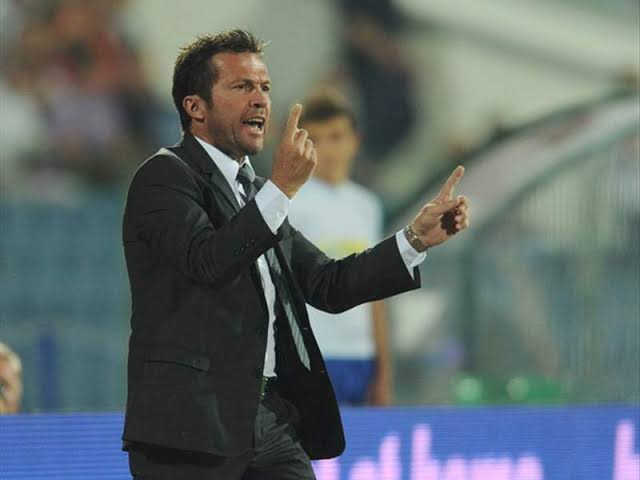 Lothar Matthaus was the winner of the inaugural FIFA World Player of the Year award after captaining his nation to World Cup glory in 1990.

He was named the Golden Ball winner in Italy in addition to the 1990 Ballon d’Or and he enjoyed tremendous success at club level across spells with Inter Milan, while also holding the record for most appearances for the German national team with 150 caps.

His managerial career has however been less successful, with his stint in charge of Celta Vigo leading to relegation, while he also coached the Hungarian and Bulgarian national teams with little success.

He has stated that his ultimate ambition is to land a coaching role in the Bundesliga, but that seems like one dream that might not come to pass. 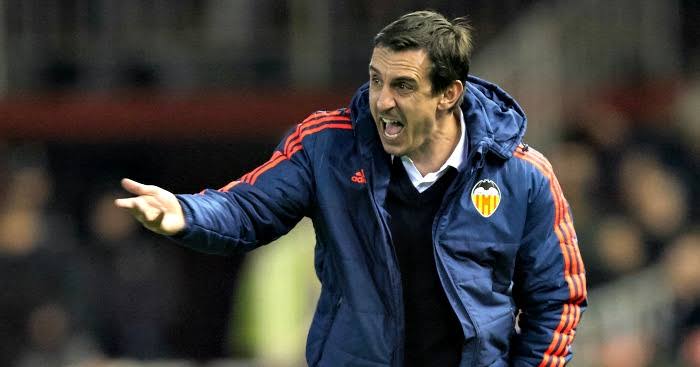 For many years, Gary Neville was the standout right-back in the world following his exploits with Manchester United and the England national team.

He was a famed member of the illustrious ‘class of ’92’ and spent all 19 years of his professional career at Manchester United, making over 600 appearances for the club and winning everything winnable at club level.

On the international team, he was also a part of a highly talented squad of players who never quite managed to translate their club success to the national team.

Upon retirement, Gary Neville ventured into football punditry and he was one of the harshest critics of coaches’ tactics, with Manchester United managers’ taking the brunt of his stick.

His foray into club management came when he was appointed as head coach of Valencia in December 2015, but Neville was hampered by several factors, with the language barrier being the most problematic.

He was sacked just four months into his tenure with Los Che, having won just 10 of his 28 matches in charge and has since returned to his job as a pundit on television. 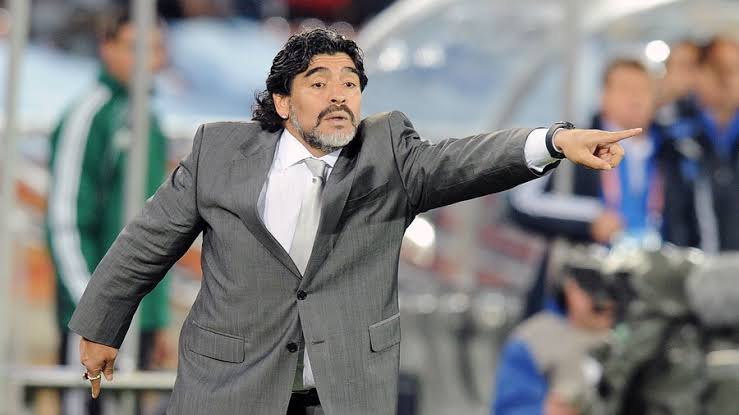 Arguably the greatest player of all time, Diego Armando Maradona was an absolute delight to watch during his playing days, possessing talent in abundance, with a skillset, close control and dribbling ability that can only claim to be matched by very few throughout history.

He achieved mythical status with Argentina after guiding his nation to World Cup glory in 1986 as well as Napoli with whom he won their only two Scudetti to date but was constantly plagued by controversies and off-field issues.

For a player who enjoyed so much success during his playing days, Maradona has enjoyed next to no success as a manager, coaching in different leagues and clubs with the most high profile being as Argentine national manager with whom he suffered an embarrassing exit at the World Cup in 2010 where Germany exposed his tactical naivety in a 4-0 quarterfinal drubbing.