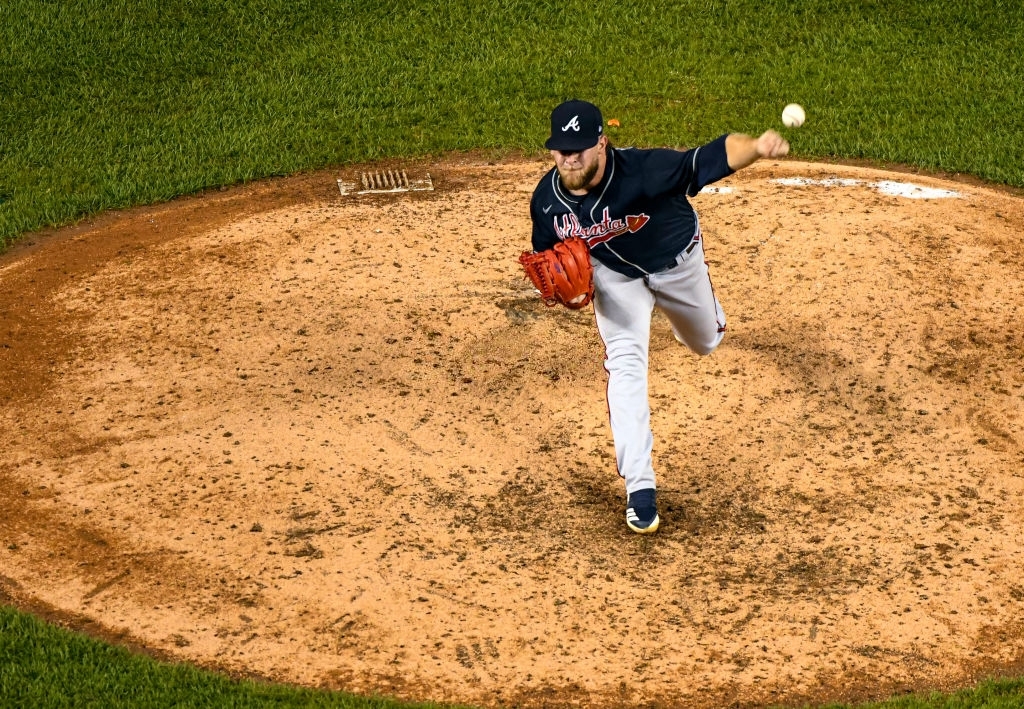 A.J. Minter’s impressive start exceeded any realistic expectation, considering this was his very first professional start. He had just learned that he had to be the starting pitcher for the Atlanta Braves before game day when he got a call from Brian Snitker, Brave’s manager. What is impressive is that in his first professional starting pitch, what it looked like, he almost eliminated the Dodgers with three shutout innings, seven strike outs while giving up only one hit, a double, to Dodger’s Justin Turner. A performance even Minter said about that he did surprise himself a little bit. But Brave’s manager Snitker didn’t hold back with his complement, “that was remarkable, what he did,” he said.

Considering this was a post season game, A.J. Minter’s impressive start was a history making, career – first pitching in a post season game, in the history of MLB. However, it wasn’t surprising that the Braves chose Minter as the starting pitcher, because, for Game 5, they simply didn’t have any of their traditional starters available. What was surprising is that what Minter did with his career – first assignment. Snitker said before the game, “Maybe go for one innings, and they would see how he goes, because, it’s an uncharted territory.” Remarkably, it was the longest outing of his career, a three innings outing. Previously it was against Philadelphia Phillies on August 30, a 1-2/3 innings.

The first innings, was a great one for Minter. Allowing the only hit in his entire three innings, he struck out two of the Los Angeles Dodgers batters. The second innings, again he struck out another two batters. And in the third innings, with three more strikes, Minter touched an NLCS record. The former Aggie now shares the most consecutive strike outs record with Curt Schilling, former Philadelphia Phillies. And the seven strikeouts by Minter is now the most in a post–season appearance of three or less innings, in MLB. He had a total of 27 strikes while throwing 42 pitches. As Minter said later on, he just wanted to be aggressive and attack one hitter at a time. And he left the Friday game with a lead of 2-0 over the Dodgers. However, it all went downhill from there.

For the first few innings, especially after the impressive start by A.J. Minter, it was starting to look like the end for the Los Angeles Dodgers World Series hopes. However, they made a recovery later on, in a big way, rallying in a 7–3 victory over Atlanta Braves in the end.

The bullpen game already seemed to have put the Braves to disadvantage, since they had to start the game without their regular pitcher, while the Dodgers started with their proven starter, Dustin May. However, during A.J. Minter’s three impressive innings, Dustin May was gone after the second one. Up until the sixth, they were trailing by one run. But the battle of the Smiths began. Catcher Smith scored the three–run homer and gave the Dodgers a 4-2 advantage. Then they went on to pile over that with three more runs, a single by Mookie Betts and a two–run homer by Corey Seager. For Braves, the most costly mistake probably was made by Marcell Ozuna, who, in the third innings, left the third base way too early before Betts was able to throw home, thus the Dodgers got called out at third.

So, for now, as it seems, the Los Angeles Dodgers are still in it, their World Series dreams are still alive. And so, there will a sixth game after all, in the NLC series. The World Series remains elusive for both of the tem for the time being though. Because 1991 was the last year since Atlanta was on the World Series, while the Dodgers been there consecutively in 2017 and 18 but didn’t win. Their last championship was at 1988.

The seven strikeouts made by A.J. Minter is the most by any pitcher in the playoff appearance of three of fewer innings.

Will Smith to Will Smith: A batter homered off a pitcher with the same exact name, in any regular game or postseason game, happened for the first time since 1961.