Aaron Donald: A rising star of the Rams and Pittsburgh 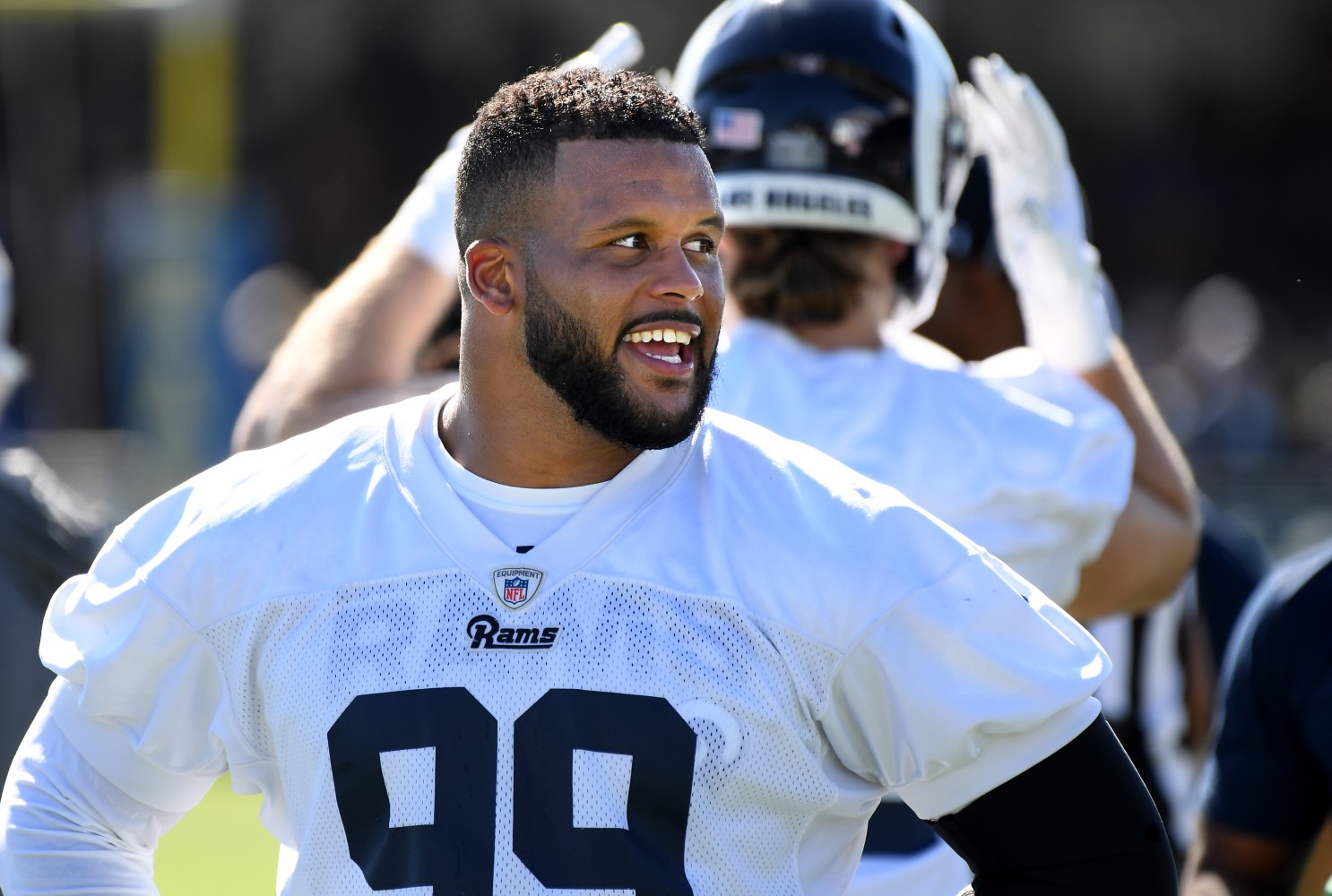 Aaron Donald is a talented defensive end for the Los Angeles Rams of the National Football League (NFL). This footballer has stacked many recognitions in his career. He was drafted for the team in 2014 and since then noted for his agility and feared for his tenacity to put up a strong defense. But behind this success story, there is a tale of an inconsistent kid that is going to be revealed today.

Before that let’s check out some notable facts about Aaron Donald!

But this player maybe used as a ‘Parking Lot Player’ for the NFL 2020 draft and will deal with the challenge they face in their opponent, it’s not about the notoriety they get from playing. The reason behind this step is the effect of COVID-19 which is still raging in the USA and there is a significant change in the audience number this year.

And the players will not be able to rely on the crowd to give them the same energy and support they have received in previous seasons. So here we have Aaron Donald to play for this role!

Aaron Donald was asked about his role and the change of this year’s NFL draft. He gave his statement in a detailed manner like this, “Football is football. You’re still going to compete at a high level just because it’s a competition. You don’t want to go out there and not compete at a high level and look bad. So that’s not going to change. At the end of the day, you’re going to compete. The competition isn’t going to change. You still want to do your job, you still want to dominate the guy in front of you.”

But he is surely going to miss the huge crowd and cheer which has been a huge source of inspiration in the past few years. Donald told CNN Sports Coy Wire in a recent interview, “The guys around you, you’re feeding off each other’s energy. You’re pushing each other. At the end of the day, as I said, it’s competition so you know you have to defeat the guy across from you and find a way to dominate no matter what, that’s enough motivation right there.” 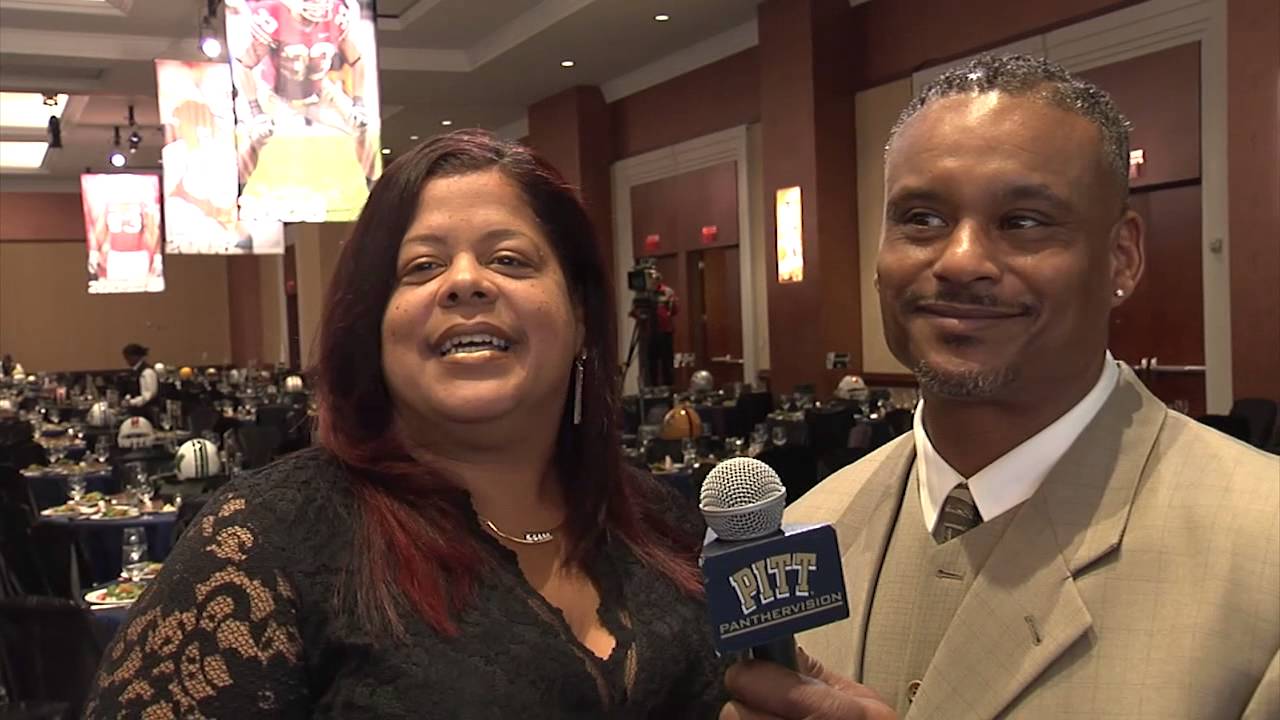 His father, Archie who was formerly a football player in college, had the dream of being drafted into the NFL but had to retire due to injuries sustained. So this made his father more determined and he left no stone unturned for Donald to be in this position. Every day they wake up at 4:30 am to prepare in their basement, which he converted into a mini gym.

Soon he joined his high school football team, the Penn Hills Highschool in Pittsburgh, and was awarded a number of scholarships from different colleges. Donald started his career as a substitute defensive tackle and didn’t feature in many games in 2010. But within 2011, he was no longer a substitute but the team’s leading defensive tackle.

He always expressed his gratitude to his father for whatever he has achieved so far in his life. He said in an interview, “It just started from working, wanting to be the best, to see it come full circle, to not just being in the NFL but being a top guy in this league and still have room for improvement. It’s definitely emotional! You get choked up, you get warm, your eyes start ‘watering,’ but you put the body of work in and it always pays off. I truly can’t thank my mom and dad enough for it.”

“After I got drafted, you know I didn’t finish, I had a couple of credits left, so my dad and my mom said: ‘Football doesn’t last forever, make sure you go back and get me that degree. I made a promise to them to do that. It took a while, but to graduate from college, my older sister did it, my older brother did it and now I did it. I know that made my mom and dad proud, all three of their kids with college degrees.”

So he never took the fame or name as an excuse to leave his studies midway rather stuck to his promise he made to his parents and completed after being drafted. 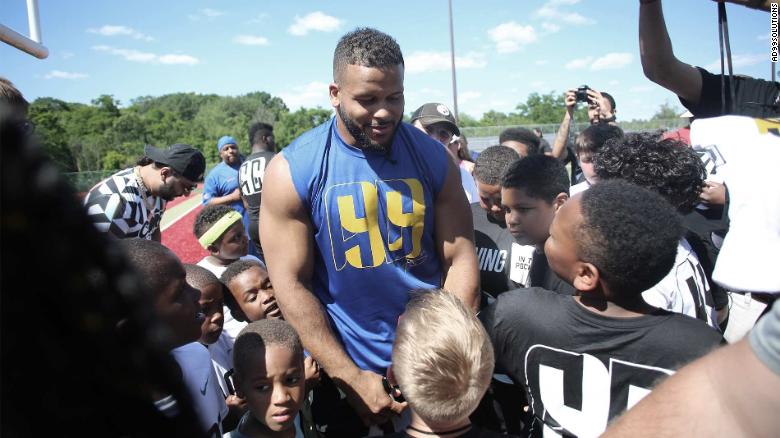 Aaron being a pioneer for the destitute

Not everyone can have the mindset to work for others, and to help others. When Aaron was an emerging player, at that time the country was undergoing a lot of difficulties including racial and social injustice. He knew that not all kids around the country will have the same support that his parents provided him. So he founded the AD99 Solutions Foundation to change the life trajectory of Pittsburgh’s most vulnerable kids.

He said, “I understand it’s about the environment, and you try to adapt to your environment. But just trying to keep these kids on the right path, because it’s easy if something isn’t going your way to say you’re done with it, and you go another way because you just don’t have hope.”

Donald also acknowledges that often some kids have only seen an escape through music or sport, and he wants to change those perceptions.

His donation to Pitt football grabbed the most attention, but Donald prefers quieter acts of charity. He never turns down autograph requests from kids, invites aspiring local players to work out with him and his trainer.

Aaron always addressed himself as a lazy and chunky kid who had a very little charismatic life. But it was his family and father who made everything possible and easier for him. Now when he is on the seventh sky of fame and name, he keeps reminiscing all those good old days to keep himself motivated for the future.

Joe Banner not-so-happy with Eagle’s outcome of 0-2-1 and suggests to hold a grip
Two more Covid-19 patients for the Titans, uncertainty over 5th week