Anthony Joshua vs Oleksandr Usyk 2 PPV price: how much does it cost to watch the bout? 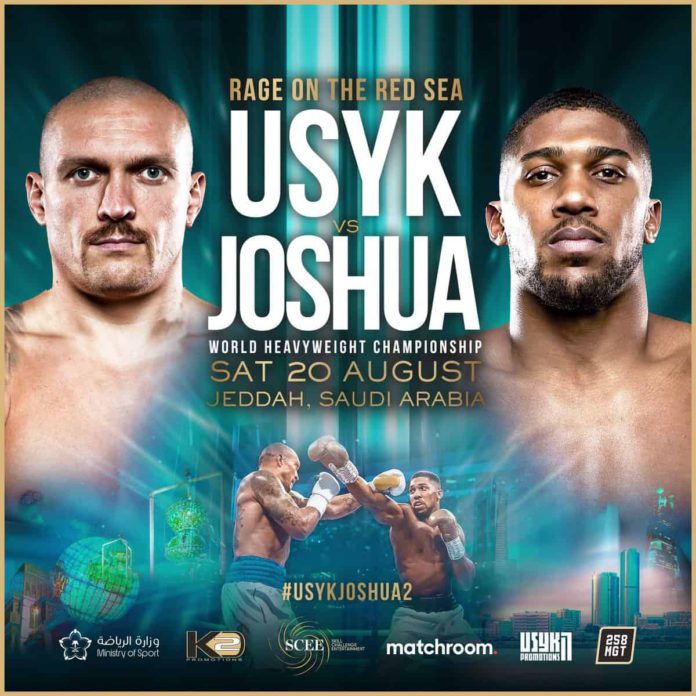 Anthony Joshua vs Oleksandr Usyk 2 PPV price reached a new height after their joint announcement of playing together at Jeddah, Saudi Arabia on 20 August, Saturday.

In addition, Joshua fans are outraged at the PPV price after he abandoned them for Saudi money and the pay-per-view price for Anthony Joshua’s rematch against Oleksandr Usyk next month in Jeddah, Saudi Arabia has been revealed, and it is the highest in the history of the United Kingdom.

How much is Anthony Joshua vs Oleksandr Usyk 2 PPV price?

Boxing fans are outraged after learning the pay-per-view price for Anthony Joshua’s rematch against Oleksandr Usyk in Jeddah because they expected that the Brit player would agree on that deal.

On this Saturday night, AJ will attempt to reclaim his WBA, WBO, and IBF heavyweight titles from the undefeated Usyk in Saudi Arabia because the Brit recently signed a $100 million (£83 million) deal with streaming service DAZN.

Sky Sports, which made a lower offer than Joshua’s new partners at £25 million, won the rights to his next fight because Saudi officials preferred their exposure and the agency will try to recoup their investment in Sky Sports Box Office, which costs £26.95 per month.

This makes Joshua vs Usyk II, dubbed ‘Rage on the Red Sea,’ the most expensive pay-per-view event in UK history and their first fight, in September of last year, was £2 cheaper at £24.95, where Usyk won that match.

However, Joshua fans did not take this PPV rate in good terms and some also protested it by saying, “Rather never watch a boxing event ever again that pay that for this fight, absolute day light robbery.”

Joshua and Usyk have agreed to a 50/50 split of the fight purse, which is being funded by the Saudi Public Investment Fund and a total of $80 million (£65.4 million), however, both fighters are expected to earn around £100 million in total.