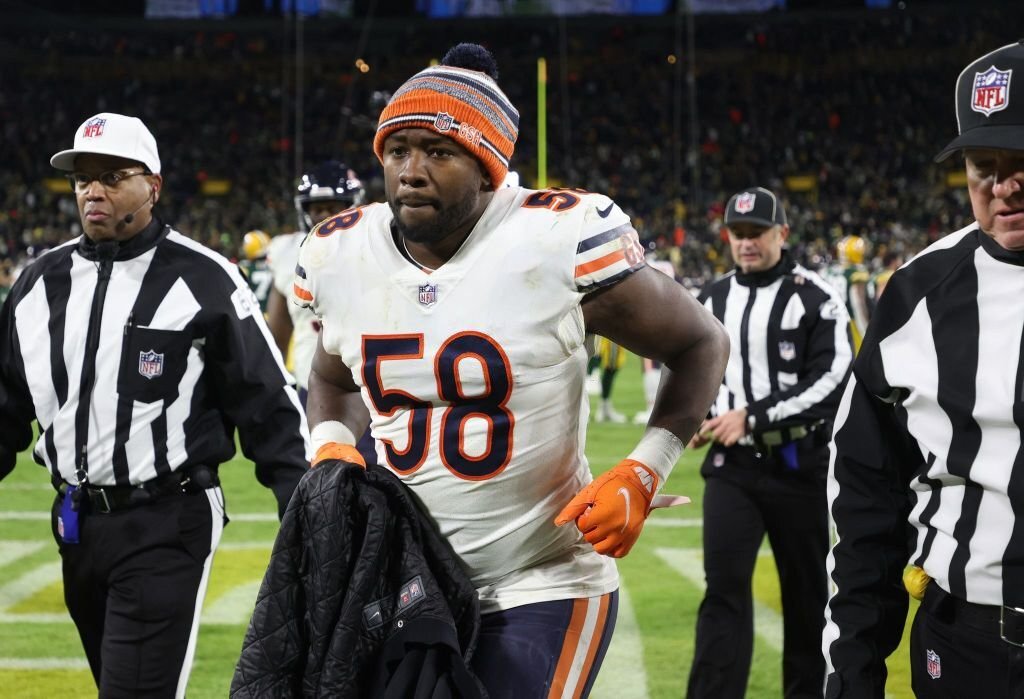 In the midst of Roquan Smith’s request for a trade, the Bears reactivated the linebacker from the PUP list. Smith was first placed on the list because he refused to practice while looking for a new contract.

The linebacker is not injured, but being placed on the PUP list forced the Bears to pay him his whole salary. According to ESPN’s Courtney Cronin, now that Smith is off the list, Chicago can punish him with $40,000 for not practicing while awaiting a new deal or a trade.

The #Bears have removed LB Roquan Smith, who is holding in and not practicing because of contractual issues, from the PUP list. Smith has requested a trade and is not expected to begin practicing, regardless.

In particular, Smith, who is in the final year of his rookie deal, has been embroiled in a contract dispute with the team. On Tuesday, when Smith publicly requested a trade and stated that he didn’t feel appreciated by the company, the conflict became public.

“They’ve refused to negotiate in good faith, every step of this journey has been ‘take it or leave it’,” Smith said. “The deal sent to me is one that would be bad for myself, and for the entire LB market if I signed it. I’ve been trying to get something done that’s fair since April, but their focus has been on trying to take advantage of me.”

Smith had stated that he didn’t “see a road back to the organization,” but Poles insisted that he still intended to negotiate a new agreement with him. Fans believe that Smith’s negotiation strategy will succeed since it looks to be one. “Right now, my intentions are to make sure Roquan is on this team,” Poles said. “At the end of the day, we have to do what’s best for the team.”

Details on Marshawn Lynch DUI charge: What has former NFL RB been arrested for?
Predicting the Kansas City Chiefs 53-man roster: who will be at the NFL weeks?