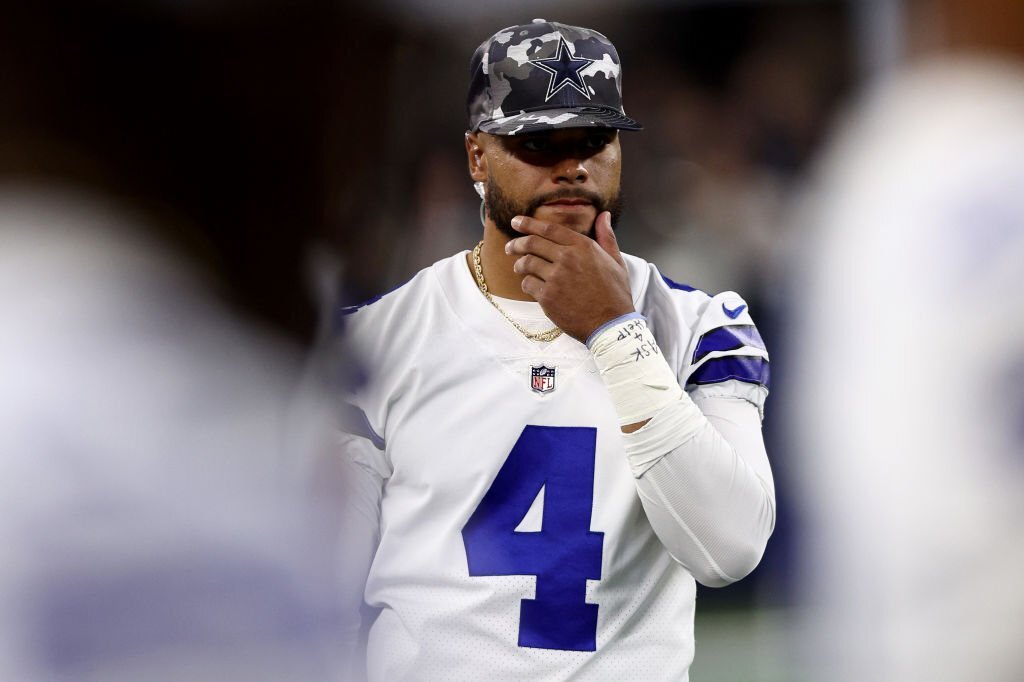 Dak Prescott is renowned for dealing with injuries, but this time it looks like he might have a tough time. The Cowboys’ owner, Jerry Jones, confirmed the shocking news and shared his plans on who will replace the quarterback. Jones pointed to a region between his thumb and wrist and claimed the damage is above his thumb and behind the joint.

“Disappointing way for us to start the year, I’m disappointed about that, I’m particularly disappointed for our fans, Dak will be out for a little while,” Jones said. “This was a real tough night for the Cowboys and really a surprising night. Of course, really add to it right there at the end to lose him for several weeks.”

In the fourth quarter of the game against the Tampa Bay Buccaneers, Prescott rushed to the sidelines in pain. With 5:50 remaining in the fourth quarter, Cooper Rush replaced him. Rush was added to the active roster for the game on Sunday night on Saturday as Jones confirmed. The initial diagnosis by physiotherapist revealed that Dak will require X-rays. After the X-ray reports came in, Jones confirmed that he will require surgery on his injured thumb.

The Buccaneers’ Shaquil Barrett damaged Prescott’s wrist during a pass to Noah Brown, which is when the injury seemed to have occurred. In a post-game press conference, the injured quarterback explicated the incident. He said that he previously banged his hand and jammed fingers and assumed that was what had happened this time.

“Next play realized I couldn’t grip the ball, let the sideline know, and then when I got off, I told the trainers the same thing I said ‘I can’t grip, I feel like if you yank it I’ll be OK,’ but no, came got x-rays and things are different,” Prescott said. “I just gotta go see the doctor tomorrow, plan to see him, have surgery tomorrow, and they’ll let me know once they get in there and see everything, I was told it’s much cleaner than it could have been.”