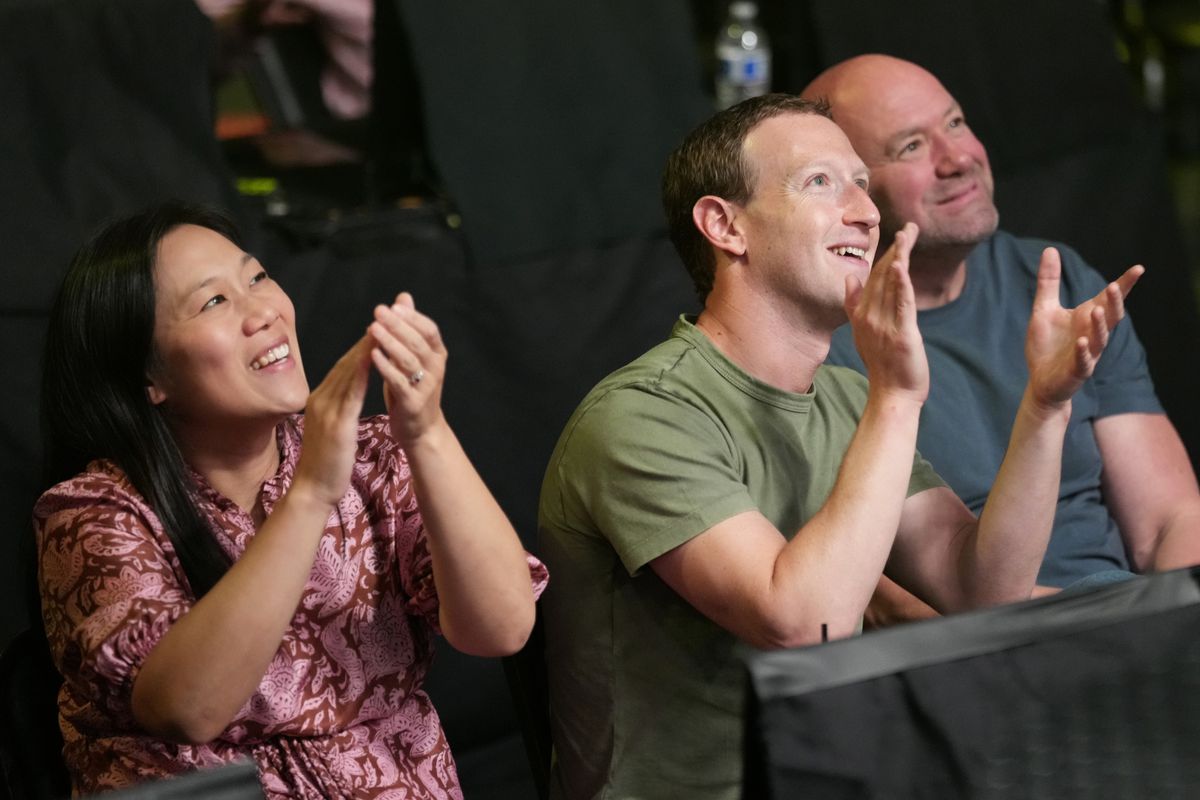 For combat fans, Dana White has become a household name. From bellhop to one of the most aggressive, ruthless, and wealthy businessmen in the world, the UFC superstar rose to prominence. If White simply didn’t exist, the UFC as we know it now would likely not exist. But it seems like he rented out UFC APEX to the Meta CEO.

Surprisingly, Zuckerberg was seen sitting cage side during the “Prelims” undercard of UFC Vegas 61. He was also there at the event. His wife was right there by his side, and he was right in the middle of everything that was going on. It seems as if Uncle Dana has been lying about everything this whole time. However, why?

If Zuckerberg wanted it to be a secret, he probably shouldn’t have been sitting right next to the cage, where he was seen within minutes of the event starting. White may have thought that Zuckerberg’s presence was a great Easter egg that he wanted people to find on their own. Or does the guy just hate that he can’t say everything about the UFC, no matter how inconsequential it is?

This week, Dana White announced that UFC 61 in Las Vegas will be closed to fans and journalists attempting to attend early-October bouts. The company was very tight-lipped about the change of plans and provided little to no explanation for why the UFC Apex would be shut down. The information was, to say the least, scant.

People started to wonder if Mark Zuckerberg had reserved the entire stadium so he and his wife could watch the fights in peace and without being bothered by anyone after he expressed disgust over attending UFC Vegas 61 this coming Saturday.

As a result of the widespread rumors, UFC heavyweight Dana White was forced to officially deny them, calling them “total bullshit” for even fantasizing that way. However, it seems that he attended the event alone, since no admirers, members of the media, or other outsiders were seen.

Mark Zuckerberg did NOT rent out the UFC Apex. That’s total bullshit. https://t.co/VbdFATcltd

Naturally, Zuckerberg’s presence rapidly gained popularity on social media as fans and competitors posted a variety of responses to the occasion. The majority of fighters expressed their dissatisfaction via social media postings.

"I know Mark Zuckerberg rented out the whole event."

Mackenzie Dern spills the beans on Saturday's private event at the UFC Apex for #UFCVegas61.

Since Dana White took over the UFC while it was still a young company, fans are all aware of his enthusiasm for the organization. He has transformed it into one of the largest sports franchises in the world in just two decades. It implies that he won’t let the spread of misinformation regarding anything related to the UFC.