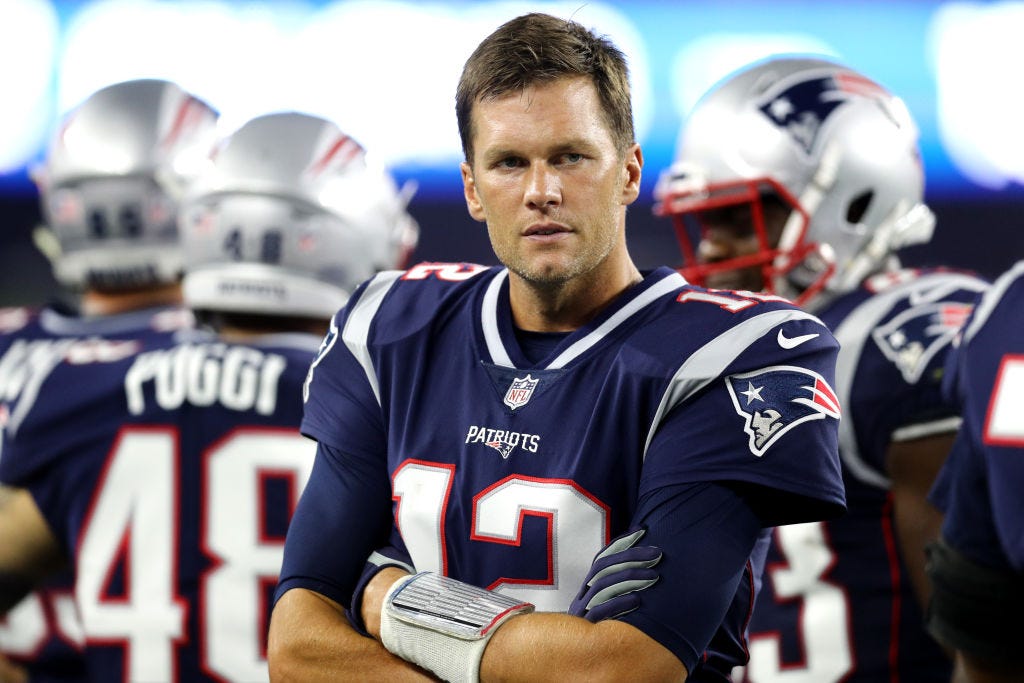 Tom Brady has opened up about he deals with media critics, and how his methods have helped him navigate to a very successful NFL career.

Tom Brady is arguably the biggest icon in the NFL. The record seven-time super bowl winner is known worldwide. But despite his on-field success, it does not mean that Brady has not had to deal with criticisms from the media. While getting bashed from the media is common for any superstar, it is how they deal with the said criticism that set them apart.

Different players have different ways to deal with criticism. Tom Brady’s system, however, is very straightforward. He simply looks at the television screen, and whenever he is getting bashed, he simply says “F-ck you “

“I just look at the TV and I go ‘F-ck you guys, f-ck you,” Brady said while he has his two middle fingers raised. “You block out the noise, because none of it matters.”

“You block out the noise, because none of it matters.” [@Buccaneers]pic.twitter.com/jfr76Vxltf

You can say what you like about his method, but for someone who is as successful as Brady is, his methods surely work. His way of venting helps him focus on the moment, rather than lamenting his mistakes.

The word “retirement” has been the most frequently used when discussing Brady this off-season. He planned to retire on February 1, only to regret it 40 days later, and will have to face criticism once more when he plays his third season with the Buccaneers after two decades with the Patriots.

He has inked a 10-year, $375 million contract with Fox Sports to become their star analyst when he decides to retire, according to reports this week.