Floyd Mayweather next bout options: Could it be KSI or Jake Paul? The dramatic fight between Floyd Mayweather and Deji Olatunji concluded in Mayweather’s favor, but combat fans are eager to discover who ‘The Money’ will meet next, KSI or Jake Paul.

Olajide Olayinka Williams “JJ” Olatunji, also known as KSI, defeated Luis Pineda by a split division. The second victory of the year has made fans and detractors wary of KSI assuming the mantle of professional boxers.

However, Mayweather has retired from boxing but has been competing on the exhibition circuit, including a battle last year with Olatunji’s former opponent Logan Paul. Mams Taylor, KSI’s long-term manager, believes his client will be seeking battles to add to his legacy.

In 2017, Mayweather announced his retirement from professional boxing after defeating MMA champion Conor McGregor to extend his unbeaten streak to 50 matches. He has since engaged in exhibition fights, most recently defeating Mikuru Asakura in Japan. 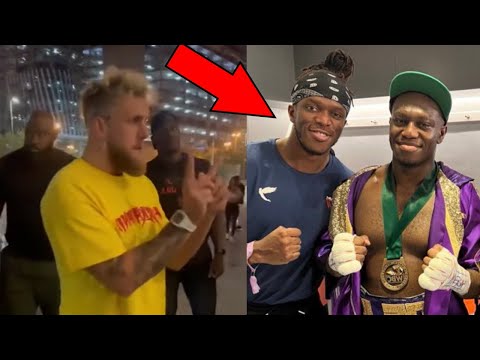 Mayweather may not have to search far for his next opponent on a show filled with crossover boxers. The ‘pretty boy’ is having a good time on the exhibition circuit, and his most profitable fight in this world could be right around the corner.

Yet, the aforementioned names will very probably emerge at another event in 2023; however, the final question is who Mayweather will meet, KSI or Jake Paul.

‘Get in this ring now!’ Tommy Fury threatens knockout to Jake Paul at ringside
“Your guys are f**ked up” Mike Tyson’s shocking remarks on Kanye West controversy sends fans into frenzy