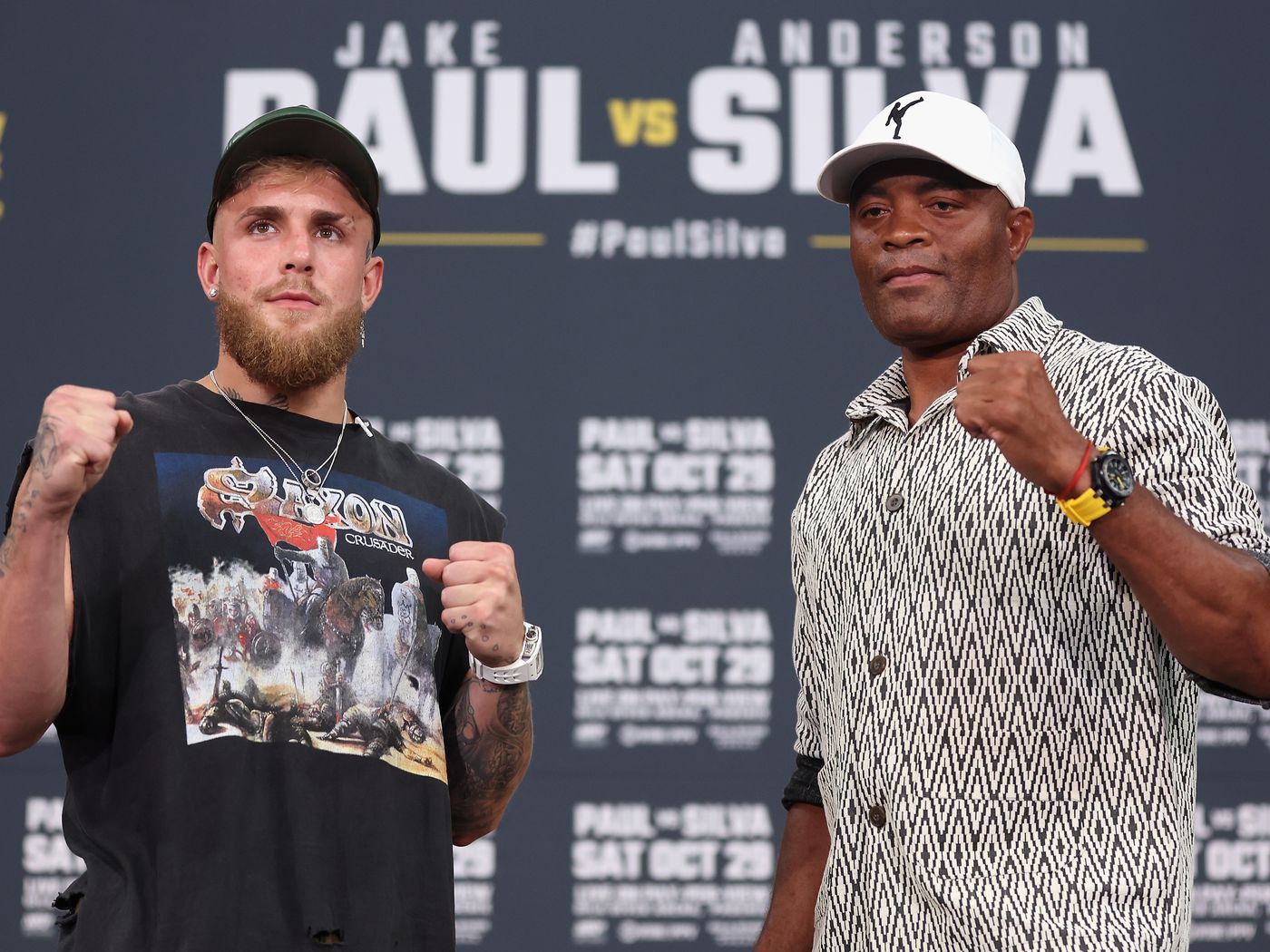 Jake Paul is ready to take down the former UFC Middleweight champion, Anderson “the Spider” Silva. The names are enough to create a huge buzz for this bout, which is scheduled to take place on October 29th, 2022, at Desert Diamond Arena in Glendale, Arizona.

The problem child has a slight advantage over the 47 years old Brazilian fighter, but Silva has huge experience considering the youtuber turned boxer. Jake Paul has recently revealed the official poster of this bout from his twitter account.

Jake Paul has never lost a bout in his boxing career, with a knockout ratio of 80%. Jake has sealed his victory against UFC champions Tyron Woodley and Ben Askren and last Impaulsive podcast his Brother Logan Paul said he is very confident about his brother’s victory against the Brazilian, still Silva will be the toughest opponent till date for Jake Paul.

The Brazilian fighter has a huge reputation as an MMA artist and is the record holder for the longest title reign in the UFC. After quitting UFC the spider made his boxing debut in March 2021, he appeared 4 times in the ring and sealed the victory for 3 times while knocking out the opponents for 2 times.

‘That’s for me! I want to do that” Muhammad Ali’s daughter Laila Ali shares shocking boxing career revelation
Tommy Fury set to return in November on Floyd Mayweather vs UK Youtuber Deji undercard