Jake “the problematic” Paul is set to take down the former Mixed Martial Artist Anderson de Silva on October 29, 2022. The social media star has a huge following and, as his opponent is a former UFC middleweight champion, the clash is currently one of the fans’ favorite topics to gossip about.

Jake’s biggest supporter, Logan Paul, expressed his opinion about the bout while praising the Brazilian fighter as one of his idols on his “Impaulsive” podcast. The Maverick also mentioned that it would be the toughest fight for his little brother. Addressing Jake’s boxing capabilities, Logan still thinks Jake is the favorite for this clash.

To prove the dedication and seriousness of Jake Paul for this fight, Logan stated, “Just so you guys know, I asked Jake how he’s feeling, Uber Confident, very confident. I’m done doubting Jake. I know he’s gonna win but I do believe it’s gonna be a hard fight ” 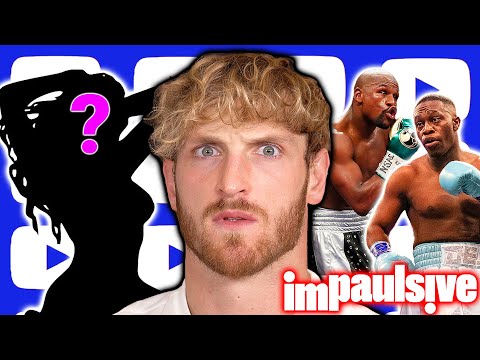 Jake Paul vs Anderson Silva who is the favorite

Anderson Silva started his professional boxing career in 2020 and appeared in only 4 bouts in which he lost one on the other hand the aspiring Jake Paul has been on the ring for 5 times and won all of them while knocking out the opponents for 4 times.

The famous youtuber will have a huge age advantage over the spider, it is expected Jake will be more agile, speedy in the ring. Jake had knocked out his opponents with powerful punches but this time he had to face the toughest opponent of his boxing career.

In addition to having a height advantage over Jake, Silva is a legend in mixed martial arts and has a ton of experience competing in big fights.

Jake is a youtube turned boxer but Anderson Silva is famous as a MMA artist but if we put the MMA experience aside, it is not a surprise to consider that  The problem kid has a high winning chance in the upcoming clash.

Logan’s remarks about the fight were not only made to support his brother but it is also based on fighters current form and previous records.

“I don’t care” Mike Tyson’s view on being bothered by fans comes as a shocking revelation
‘That’s for me! I want to do that” Muhammad Ali’s daughter Laila Ali shares shocking boxing career revelation