Meet the 10 NBA players whose careers ended way too soon 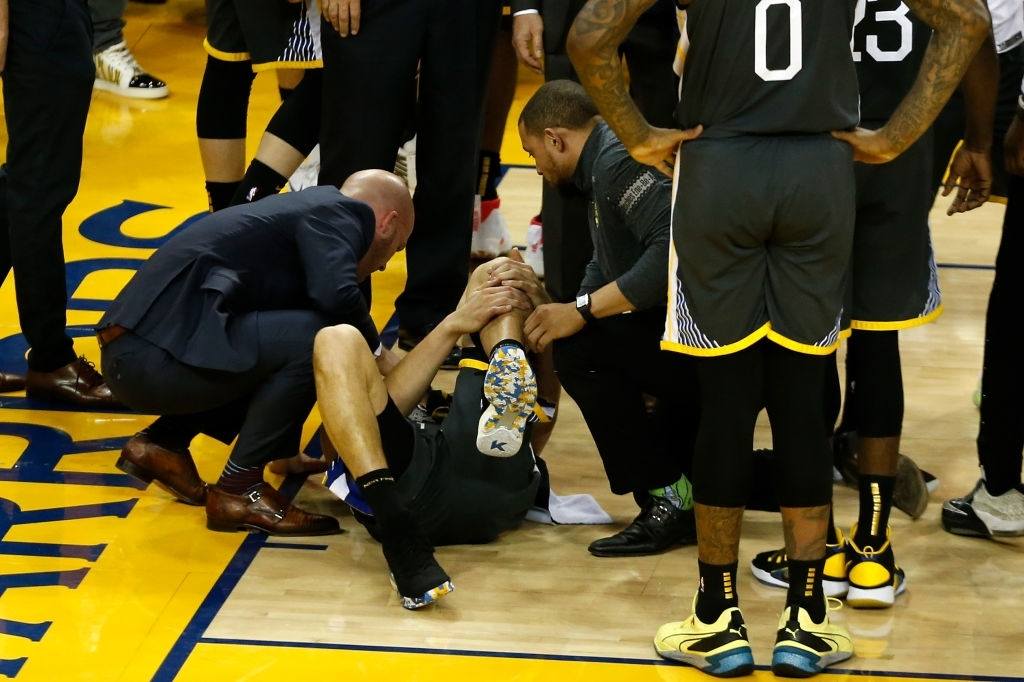 More than 26 million players play basketball in the USA alone, but only 4,374 players have played in the NBA up until now. Only a few players get the opportunity and have the exceptional talent to excel in this competitive league. Unfortunately, some of these players are not able to perform up to their expected potential due to injuries, diseases or accidents and hence these NBA players’ careers ended way too soon in a very different fashion than we expected.

Here is a list of the top 10 NBA players whose careers ended way too soon.

Shooting Guard Brandon Roy, aka The Natural, was one of the best raw talents ever to enter the NBA. Playing like a bona fide superstar, Roy could hit game winners, create his own shot and score quickly. Despite being a shooting guard, his explosive nature helped him score a career-high of 52 points in a game against the Phoenix Suns. The Portland Trail Blazers became instant championship contenders pairing with Roy with the incredibly talented Lamarcus Aldridge.

Unfortunately, Roy’s career went downhill due to his lingering knee problem that he had from the start of his career due to which he was never able to play a full season In 2011, his knee condition was so bad that he did not have any cartilage left between the bones of both of his knees. This degenerative condition forced him to retire after one season finally. Roy is currently a high school basketball coach.

Major Accolades: 3x NBA all star, Rookie of the Year

Chinese basketball player Yao Ming also called ‘The Great Wall’, was a 7ft 6in tall player and a franchise-changing player for the Houston Rockets. Such was his footwork and technique that he was compared to Shaq. The dominant playstyle that he had helped him to score and draw fouls very quickly. Only in the second year of his career, Yao was almost averaging a double-double.

During his third year in the NBA, Yao developed a bone infection (osteomyelitis) on his leg, which was only the start of his troubles. Yao broke his right knee in the years to come, a bone in his left foot and a stress fracture that added to his problems. These injuries forced Yao to retire and the game lost a potential all time top five center. Yao is currently a businessman and a CBA team owner. 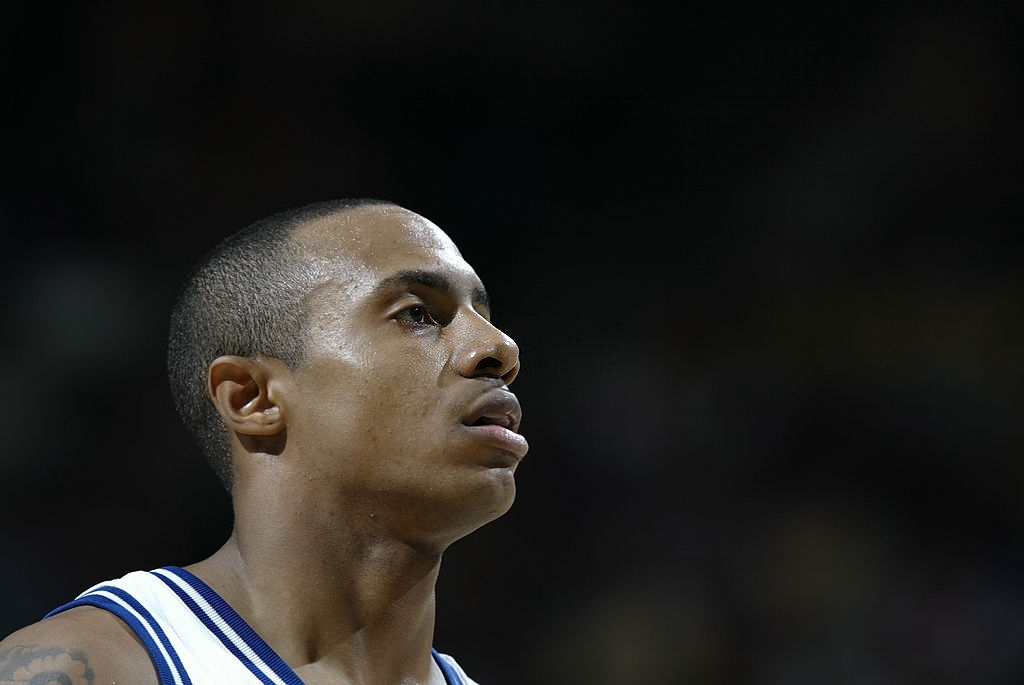 Jason Williams of Duke prepares for play during the ACC Tournament game against North Carolina at the Charlotte Coliseum in Charlotte, North Carolina.

Fresh out of college Jay Williams looked like he could take over the league. The explosiveness in his game during his time at Duke made the life of defenders miserable. The Bulls drafted this talented player as a second overall pick. In 2002 during his rookie season, J-Will showed inconsistency but was a great all-around player.

In 2003 Jay was involved in a motorcycle accident in which he cut a major nerve in his leg, tore three ligaments in his left knee, and left him with a fractured pelvis. A lot of physiotherapies helped him to regain the use of his leg. By riding a motorcycle without a license and a helmet, Jay broke the terms of his Bulls contract due to which the Bulls released him when it was evident that he would be unavailable for a very long time. Jay Williams currently works for ESPN as a sports analyst and has a net worth of 4 million dollars. 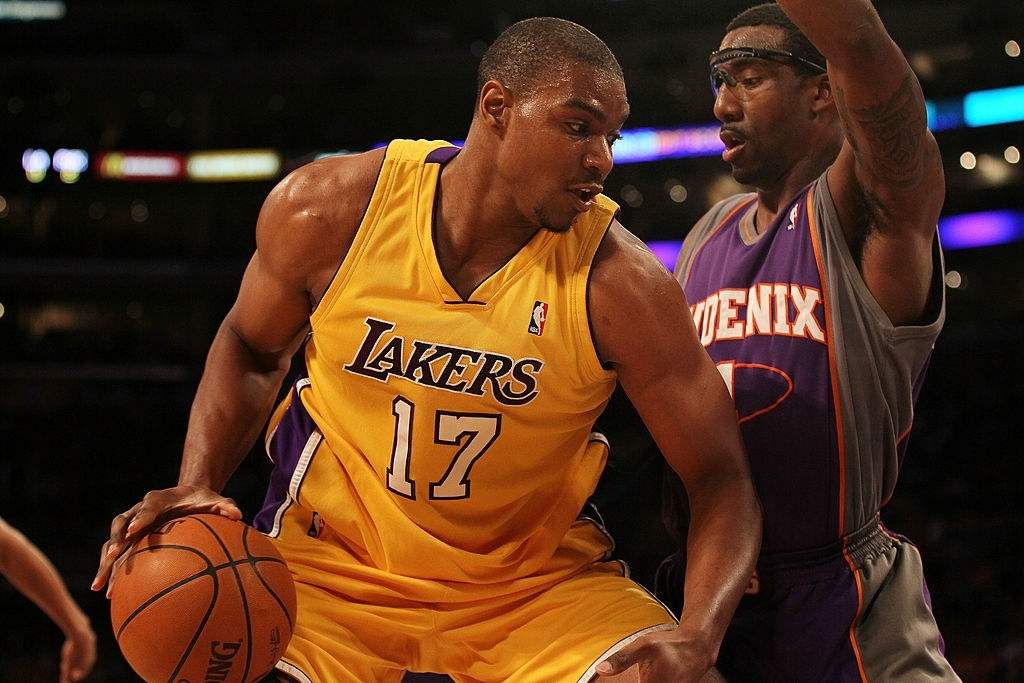 Athletic power forward Andrew Bynum was the youngest player to be drafted and to play in the NBA. After a few seasons with the Lakers, Bynum started to get more minutes on the team. His 7ft muscular physique was a dominant presence in the paint. Trained by the legend Kareem Abdul Jabbar himself, Andrew started to perform well alongside Kobe Bryant and put up decent figures. With his high field goal percentage, he played a major role in the Lakers team who won two championships.

Unfortunately, his big size was too much a load for his knees and he had multiple knee-related problems throughout his career. After the big man was traded to the Philadelphia 76ers, he had to undergo season-ending arthroscopic surgery. In 2014 he faced swelling and soreness in his knee due to which he missed the entire season and was forced into retirement. Bynum is reportedly trying to make an NBA comeback and has a whopping net worth of 45 million dollars. 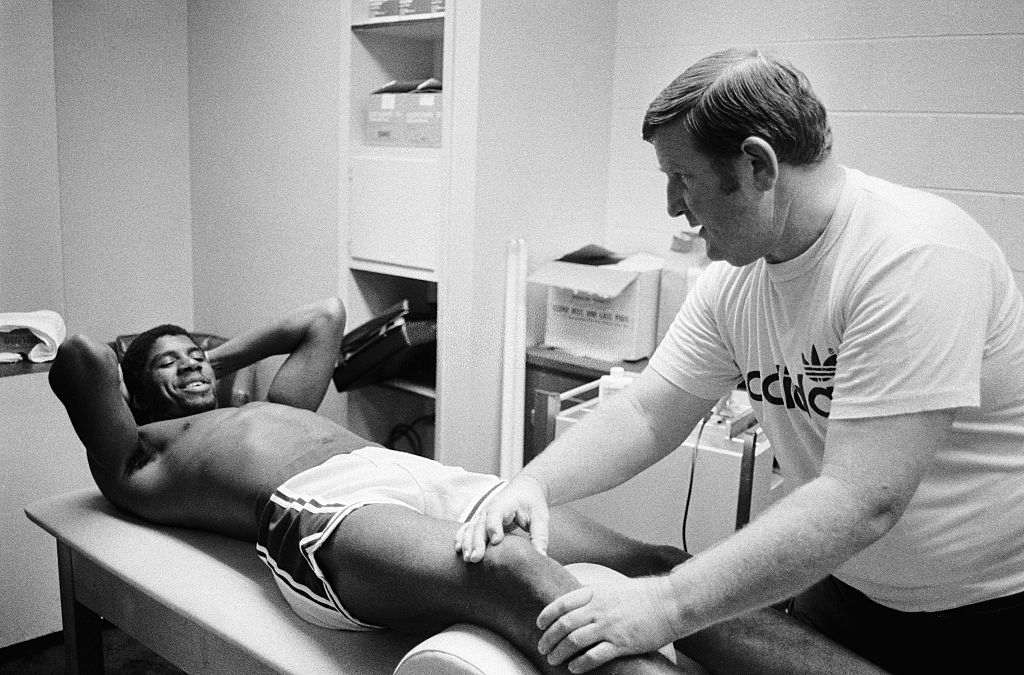 Earvin “Magic” Johnson, the prize rookie of the Los Angeles Lakers, injured when he fell in a game against Seattle, has his knee treated by Laker trainer Jack Curran

Five times NBA champion Magic Johnson is one of the greatest players to have ever played basketball. The elegant nature he used to score or pass the ball earned him the name E.J. the Deejay. The talent he possessed on both ends of the floor was extraordinary. Magic averaged around 20ppg and 11apg and carried on ‘The Lake Show’ for the Los Angeles Lakers.

Even after having a dream career, Magic was forced to retire due to HIV due to which his career was cut short. In 1996 he played his last NBA game. The Lakers fans regard him as an all times great point guard and relish his rivalry with Larry Bird. He is currently the head of basketball operations for the L.A. Lakers.

Explosive Small forward and shooting guard Tracy Lamar McGrady Jr was one of the best athletes of the NBA of all time. During the early span of his career, T-Mac was not given a lot of game minutes, but with his growing athleticism and amazing footwork, he managed to become a prime offensive and defensive player on the teams that he played for further in his career. His career rocketed when he joined the Orlando Magic in 2000, where he became a dominant scorer and added himself to the list of Kobe’s toughest players to guard. Similar to his cousin Vince Carter T-Mac could perform some crazy dunks and score effortlessly.

After being traded to the Rockets, Tracy McGrady faced several back spasms and knee injuries due to his poor landing techniques, bad posture and wrong movement, which exerted a lot of pressure on his body chain. This forced McGrady to miss many games and he required a stretcher several times and these injuries haunted him for his remaining career, which remained injury-plagued and dull, forcing him to leave the NBA in 2012. McGrady is currently an analyst for ESPN and has a gigantic net worth of 75 million dollars. 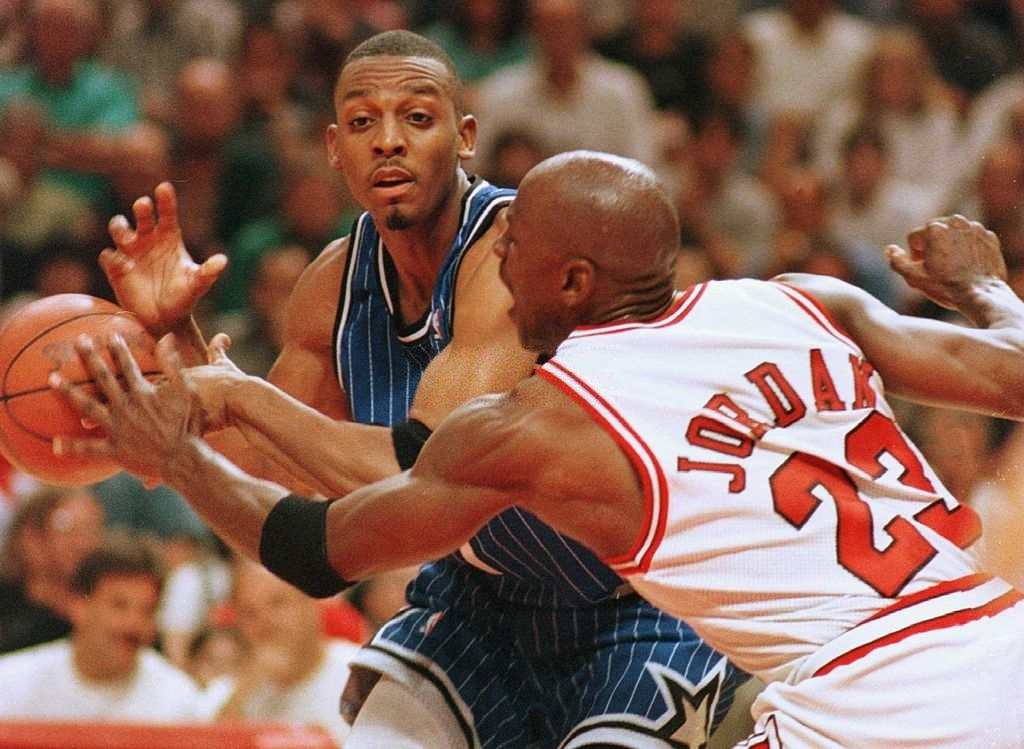 Shooting Guard ‘Penny’ Hardaway desired to play along with Shaquille O’Neal on the Orlando Magic team. Despite being a shooting guard, Penny played several positions in his career including point guard and small forward. Along with Shaq, his addition to the Magic became an instant success story where Penny used his explosive and fancy playstyle to garner his team’s offensive load on his shoulders.

After a devastating knee injury in 1997, Penny was never the same again. He lost his athletic prowess and failed to lose his man off the dribble or post the same numbers again. After a certain amount of time, Penny’s knee injury gave rise to many different issues such as the back, foot and more knee injuries. After his All Star teammate Shaq went to the Lakers Penny had to carry even more load which eventually got to him. He was then an average player for the rest of his career and finally retired in 2008 with the Miami Heats. Currently, a college basketball coach for the Memphis Tigers Penny has a gigantic net worth of 60 million dollars. 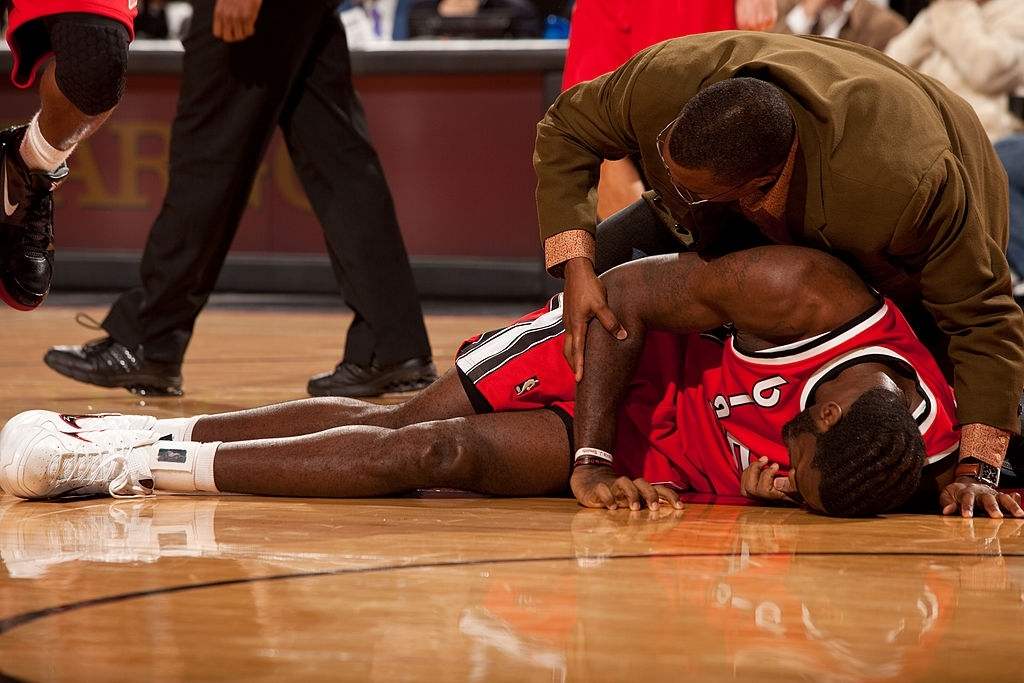 Greg Oden who is also known as one of the biggest busts in NBA history, was the first overall pick in the 2007 NBA draft by the Portland Trail Blazers ahead of all stars like Kevin Durant, Al Horford and Mike Conley. Despite being drafted, Greg could not play in his rookie year due to a knee injury that destroyed his career. He never really scored really well in the 105 games that he played during his career and was a below-average defender despite being 7ft tall.

Greg faced several knee and foot injuries during his short NBA career. In 2012 he decided to sit out for the season to rehab his injuries, but it could not save his falling career. CBA team Jiangsu Dragons signed Greg Oden for a year, after which he has been a rolling stone. Oden currently has a degree in the sports industry and is a counselor for young athletes with a net worth of around 16 million dollars.

Known for his flamboyant style of play ‘Pistol Pete’ Maravich was one of the best players of basketball in his generation. Along with breaking many records, Pete’s passing and scoring prowess enabled him to become one of the prime scorers on the Atlanta Hawks team. But it was not until he joined the New Orleans Jazz team than he really started to shine out. The team management did its best to provide Pete with an excellent supporting cast but failed. All the workload took a hit on his body and Pete started to experience knee problems.

After facing injuries to both of his knees, Pete was sidelined for many games which hampered his ability to practice. The coach then had a strict rule then which did not allow players who do not practice playing in games. Despite losing his athletic ability and quickness, Pete was a star player on his team and finally retired in 1980 with the Celtics. Pete died of a heart attack at a very young age of 40 years while playing a pickup game at Pasadena, California. 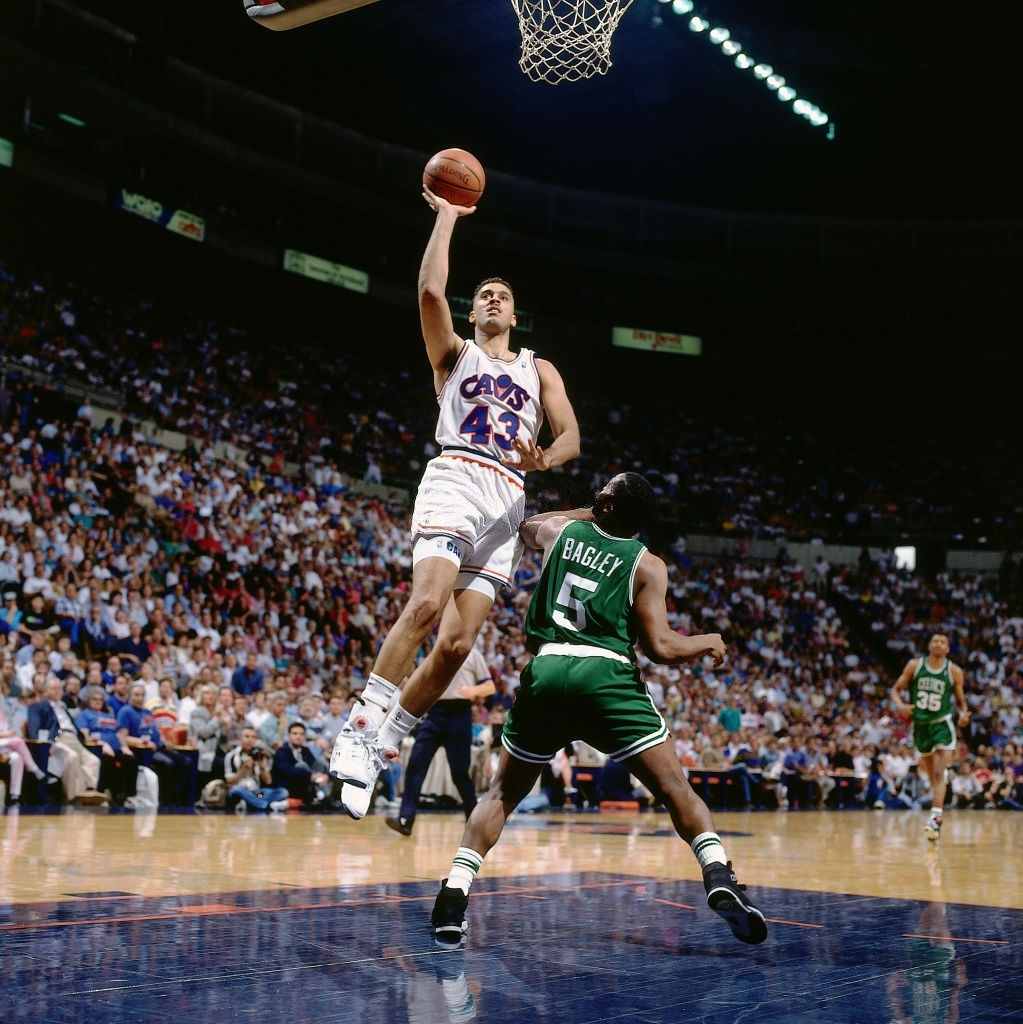 Star Centre Brad Lee Daugherty, who is better known as the ‘Big Dukie’ and ‘The Hooch’, was drafted by the Cleveland Cavaliers as a first overall pick in the 1986 NBA draft. A unanimous selection to the all time Cavaliers squad Brad’s scoring and rebounding record for the Cavs was broken as recently as in 2008 by Lebron James. Daugherty scored almost has a double-double average throughout his career.

Fate had however decided that this talented player had to retire at a very young age of 28 years due to recurrent back problems. Currently, this retired Cavs player has a net worth of 20 million dollars and many business interests which include car dealerships, waste management, and commercial real estate while also being a commentator and analyst in multiple sports.