Ranking the top 10 British boxers of all time 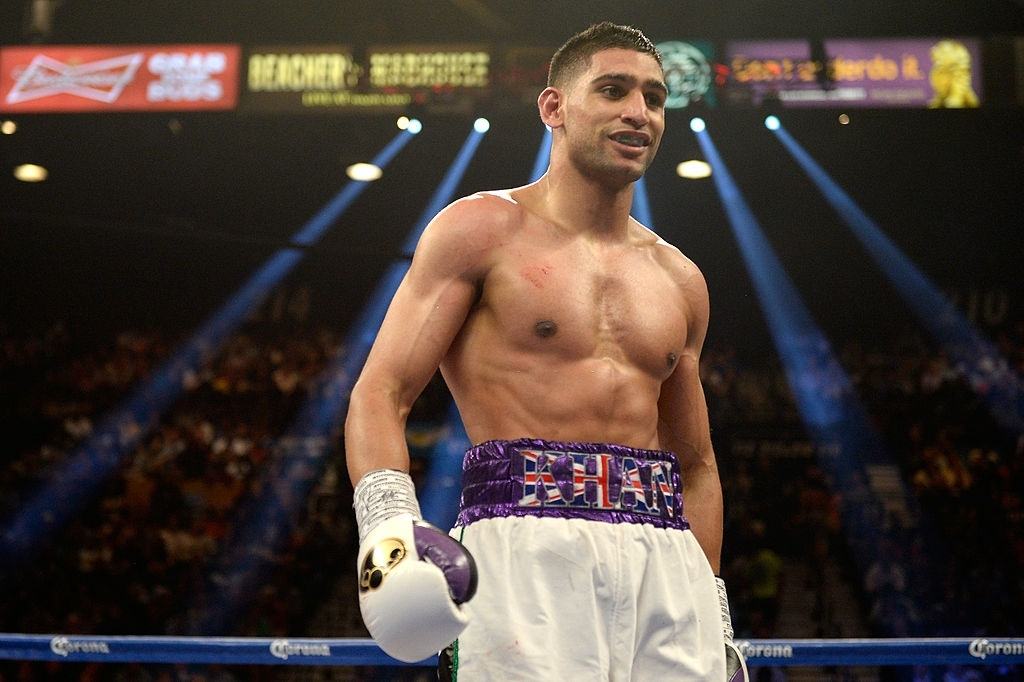 Boxing never limits the boundary of nation, ethnicity, or region. Players all over the world irrespective of their nationality have shown their greatness and ability in boxing leaving the crowd speechless.

The list of top ten British boxers depicted their uniqueness that made people enthralled. So, who got the chance to be on the list? Let’s have a look.

The 33-year-old boxing sensation surely deserves to be in the top ten list of best British boxers having the best qualities of a boxer in him. Everything that a boxer needs including footwork, speed, combination punching, and snapping jab; Khan is perfect at all these things.

So, does he even lack anything? Well, that’s one hell of a tricky question and to find the answer, we need to dive deeper.

When it comes to speed, there might be some lacking in Khan but he surely had the ability to cover up the areas of lacking. He was the youngest British boxer of all time who have won the medal in Olympic boxing as well.

Defeating great boxing stars including Chris Algieri, Julio Diaz, Luis Collazo, Devon Alexander, and Marcos Maidana not only proved his greatness but also his boxing skills. One of the lightweight British boxers had achieved the title WBA when he was only 22.

The ‘King’ is the nickname of this boxing champ. Winning 34 matches out of 39 firmly evinced the worth of such a name. He is also a philanthropist and has a charity organization of his own named Amir Khan Foundation.

Without any argument, Jim Driscoll is one of the best British boxing fighters who unfortunately did not have the chance to win any world title. But it did not undervalue the greatness of his boxer even for a bit. The mighty boxer had created several scientific styles of boxing.

Undoubtedly, the achievement of Jim did not stop right there. Despite struggling financially in his early years of boxing, he played boxing to make his way out of economic hardship. It was more than just a sport to him; a way of living.

Winning the Coveted Lonsdale Belt furnished his career even more in the year of 1910. The internal Hall of Fame societies could not think more about saving a place for his British boxer.

Even though he was born and brought up in Cardiff, Wales; he did not forget the root of his parents who were both Irish. Starting his career in 1901 till the end of 1919, his achievements and dedication towards boxing made him unforgettable.

With a total of 77 matches throughout his career, Jim won 58 with 39 knockouts. There were a total of 3 losses alongside 6 draws. The finest British boxer passed away in 1925 at the age of 45.

Someone might want to get technical about the nationality of the legendary Barry McGuigan. He was born in 1961 in the Republic of Ireland. But he had taken British citizenship then represented Northern Ireland in the Commonwealth Games as well as the Olympics.

Moreover, the legendary boxer is considered one of the best British champions who was also selected into the Hall of Fame of international boxing in 2005. His achievements came under the spotlight, even more, when the world saw him defeating other boxing legends.

Having one of the fanciest nicknames ‘The Clones Cyclone’ evidently pointed out his fierce strategies in boxing. He achieved the WBA world featherweight championship proving him one of the best featherweight boxers of England leaving everyone jaw-dropped. The professional career of McGuigan started in 1981 which ended in 1989.

Currently, McGuigan is known as a famous boxing promoter. He is the founder and the president of the PBA (Professional Boxing Association) and also the Chief Executive Officer of Cyclone Promotions.

One of the very few orthodox punchers who dominated the boxing industry, Naseem Hamed is one of them. He had the ability to throw punches from almost all angles holding his hands low and he was persistently off balance.

Born in 1974 in South Yorkshire, England; Naseem started his professional career in 1992. He won 36 of 37 total matches. Recognized as one of the best British boxers of all time, this boxer owned multiple featherweight championships during his career.

Being ranked on the list of the top pound for pound boxers of all time of the previous 25 years was no tough job for him. Naseem, who is one of the most famous British featherweight boxers, had several nicknames including ‘Prince Naseem’ and ‘Naz’.

The superstar showed his outstanding athleticism throughout his career. He only lost one match and had a percentage of 84 in terms of the knockout ratio. One of the best British boxers in history ended his career in 2002.

Carl Froch certainly deserves to be on the list of top British boxers considering the superstars he fought throughout his entire professional career. He was widely known as ‘The Cobra’. Froch started his professional career in 2002.

This white boxer had defeated many former world champions including Lucian Bute, Jermian Taylor, Glen Johnson, Arthur Abraham and he retired with a total of 33 wins with 24 total knockouts in 2014.

In 2012, The BoxRec and World Boxing News elected Froch to be the Fighter of the Year. After his retirement, he engaged himself in boxing analytics and became Sky Sport’s commentator. In terms of bringing immense excitement in the ring, Froch never failed to do so.

Buchanan is one of the most famous United Kingdom boxers, who had fought in more than 10 countries in his entire career. But he played mostly around the area of London. This sensational boxer was born in June 1945 in Edinburgh, Scotland.

This boxing legend of Edinburgh is one of the world’s undisputed Lightweight Champions. He showed his charisma in the world of boxing and proved his worth thereby.

Among the total of 69 matches, he won 61 of them, lost only 8 matches, and there were a total of 27 knockouts. This legend started his boxing career in 1965 and after losing the iconic match with George Feeney in 1982, he ended his career.

The Hall of Fame of International Boxing showed proper respect to his name by including it in the year 2000. This again proves his dominance even after his retirement of 18 years.

The number of World Champions who have retired undefeated is not much. Not everyone in the boxing industry could achieve such an accomplishment. The legendary English boxer Joe Calzaghe is one of those very few boxers.

This famous British boxer was born in March 1972 in London, England. He was known with some of the fanciest nicknames including ‘The Italian Dragon’, ‘Super Joe’, and ‘The Pride of Wales’.

‘The Ring’ ranked Calzaghe as one of the top ten active boxers of the World. The 2007 award of the BBC Sports Personality of the Year won by the undefeated British boxing champion as well.

The legendary boxer played 46 matches in his career and won all 46 of them. The professional boxing career of Calzaghe started in 2003 and he retired in 2008 with a total of 32 knockouts under his name.

Undoubtedly, he proved himself as one of the best boxers of all time of the United Kingdom by defeating the great boxers including Omar Sheika, Saiko Bika, Mario Veit, Chris Eubank, and Jeff Lacy.

The crown of the best British Heavyweight of all time would surely go to Lennox Lewis as he proved himself one of the best in almost every athlete. However, no one could imagine his talent and excellence in boxing until he started his professional boxing career.

One of the best black British boxers ended up winning the Commonwealth and European Champion. This undisputed heavyweight boxer has also won the World Champion thrice.

The black boxer from England had managed to win almost every match except for the ones with Evander Holyfield, Oliver McCall and Hasim Rahman. But he defeated all three of them in the rematches. So technically he had defeated every single opponent he countered.

In September 1965; Lewis was born in London, England. However, his nationality was British-Canadian. The nickname ‘The Lion’ surely depicts his might and greatness in boxing proving him to be one of the best British boxers. He ended his boxing career in 2003.

This guy was the first boxer who had won the world titles in terms of three distinctive weight categories. Such remarkable achievement ensured him to be recognized as one of the best UK boxers; winning the heart of millions of fans as well.

These accomplishments were never too easy for him to achieve. After defeating his opponents, Fitzsimmons proved his worth to fight in the heavyweight division for his entire career. He had played a total of 125 matches and won 89 of them where 79 of them were won by direct knockout.

One of the mighty English boxers of the century was born in 1891 in Cornwall, England. He was famous for his nicknames such as ‘The Freckled Wonder’, and ‘The Fighting Blacksmith’. In boxing history, he is also considered to be one of the hardest punchers. The lightest heavyweight champion of all time breathed his last in 1891. 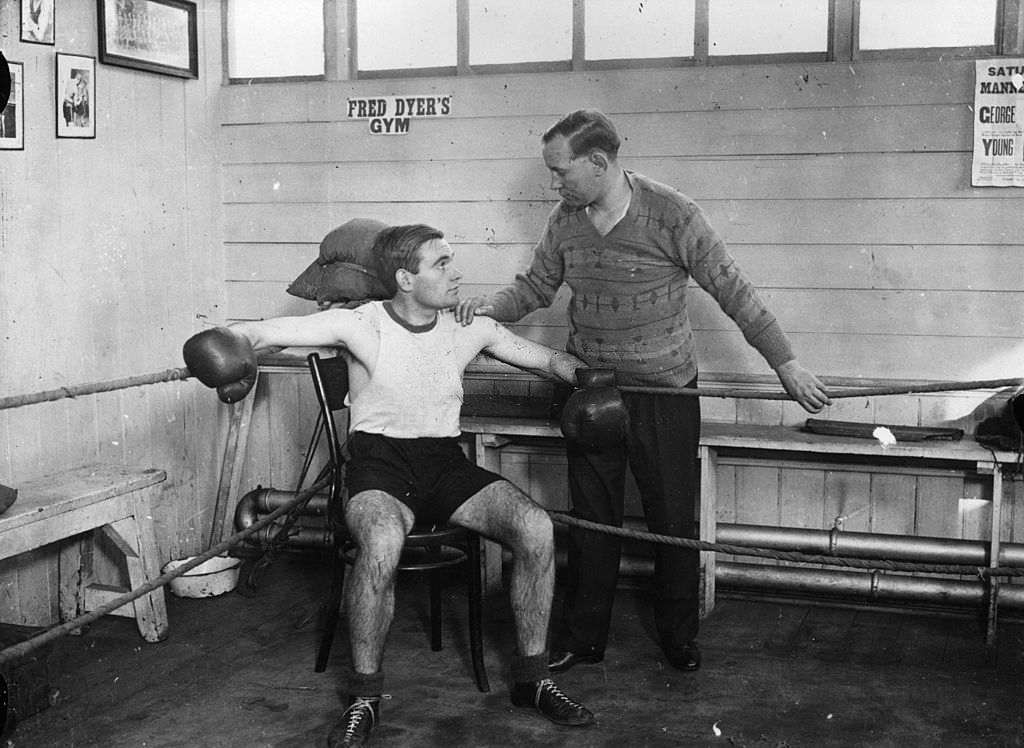 How can someone weighing only 96 lbs compete in one of the toughest and most brutal combat sports ever?

Jimmy Wilde had set such an outstanding record while he also proved himself the best British boxer ever without any doubt. This magical boxer was born in May 1892 in Merthyr Tydfil, Wales. He was also known as ‘The Mighty Atom’.

Being the very first champion in professional boxing of the country was a ground-breaking achievement for Wilde. He also achieved the title of the Country’s very first World Flyweight Champion. One of the famous British boxers of all time had his career treasured with accomplishments.

The professional career of this superstar was from 1911-1923. During this time he had won 137 matches out of 150 fights. There were a total of 98 knockout wins, 4 losses, and only one draw. The crowd had been mesmerized with his ability to knock down larger opponents over 200 lbs with his toughness and strategic gameplay. The legendary boxer died in 1969 at the age of 76.

Making the list of the top British boxers has never been so easy. You did see for yourself how the superstars are showing their worth to be on the list. Everyone has proven skills, achievements, and records of boxing in the most unique ways. This is the beauty of boxing. These boxers are hailed for a lifetime.