Real Madrid’s Sergio Reguillon and Gareth Bale to complete moves to Tottenham Hotspur, Dele Alli rumored to be moving the other way 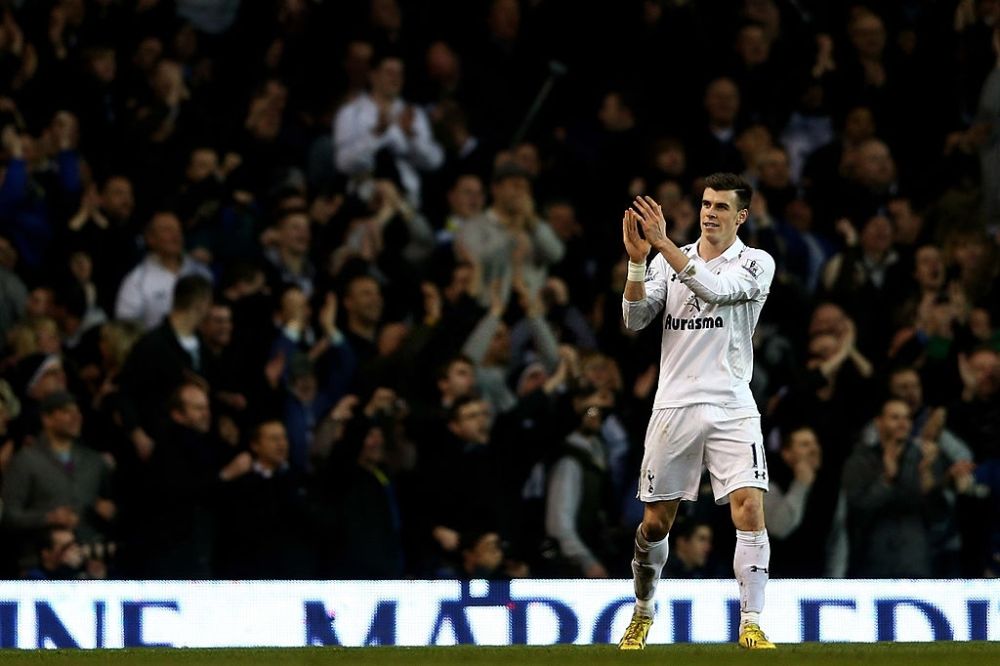 Real Madrid left-back Sergio Reguillon, who has been recognized as surplus to Los Blancos’ requirements, will be completing a transfer to Tottenham Hotspurs as reported by Fabrizio Romano.

Gareth Bale to Tottenham, here we go! Last details to be sorted about salary [shared with Real Madrid] and Gareth will fly tomorrow to London. He’ll complete medicals and join #THFC – one year loan. Mourinho approved the deal. Reguilon expected for tomorrow too [100% done]. ⚪️

The 23-year-old shone for Real Madrid in 2018-19 but was loaned for a season to Sevilla last year. Many thought he was the best left-back in La Liga other than Ferland Mendy. Part of the reason why he’s being sold is Zinedine Zidane’s preference for using Marcelo. Mendy’s performances over the past season have cemented his place in the Real Madrid first team.

Signing Reguillon should give a significant boost to Spurs on both attack and defense. The Real Madrid youth product is a pacy player who plays in a tireless fashion. His mobility, speed, strength and defensive acumen will be a definite upgrade over the inconsistent Ben Davies.

Reguillon has been in impressive form for the national team as well, providing an assist during the international break. Real Madrid have been hesitant to lose him, but given his desire for more playing time, it was time for him to move on from his boyhood club.

The club have demanded a €30 million transfer fee from the Spurs. A buyback clause and first option clause have also been added to the deal in order to give Real Madrid first preference on the player in case of any transfer. Real Madrid has commonly used this practice in the past – notably in the case of Alvaro Morata, whom they bought back from Juventus in 2016 after selling him in 2014.

Jose Mourinho has been a longtime admirer of the Welsh wide man. Yesterday he revealed that he’d tried to sign Bale for Real Madrid in the summer of 2012 without success. By the time Bale was signed by Florentino Perez for a world record €100 million in 2013, the Special One was at Chelsea.

While Bale might seem to be past his physical prime at 31, the Spurs have a setup that might bring the best out of him. The expansive spaces and fast-paced style of the Premier League will suit him better than the more technical La Liga. Bale’s final season with the Spurs was one for the ages, as he played a variety of roles while leading the Spurs attack.

Bale has been way below par for Real Madrid over the past 2 seasons. He has been completely frozen out of the first-team setup by Zidane, despite returning the best fitness tests of all Real Madrid players during the league shut down. It was definitely time for him to look for new pastures, albeit a season too late.

[⚪️] Bale-Tottenham, last updates – Gareth Bale is now pushing to join Tottenham. The idea was born when Real Madrid and Tottenham have started talks for Sergio Reguilon who’s joining Spurs [confirmed and it’s here we go, as reported today morning]. Gareth Bale had a call with #THFC board and also José Mourinho has approved the deal, he wants Bale back to the club. ☎️ – The agent Jonathan Barnett has confirmed that Bale wants to join Spurs. He’s working with the two clubs to find a solution. From Bale side, they are *denying* any contact with Manchester United after last days rumours and links. And they’re working to complete deal with Tottenham as soon as possible because Bale wants to join IMMEDIATLY. ? – Dele Alli is not part of the Gareth Bale deal with Real Madrid. He has been offered to Real on loan as to many other clubs but is not included in Bale negotiations. Different deal and Real Madrid are not focused on Alli in this moment. ? – Tottenham and Real Madrid are discussing details about Gareth Bale’s salary [€17m/season]. Spurs won’t pay more than 50%, now it’s up to Real Madrid that always asked 100% of the salary paid to loan out Bale. But the player is really pushing because he wants to leave Real Madrid and this can be the key to complete the agreement. Clubs are talking by 48 hours. Work in progress to finalize the deal.? #thfc #bale #realmadrid #tottenham #spurs #real #garethbale #madrid #transfers #deal

Fabrizio Romano reports the same, with news swirling around that the Spurs will pay half of his wages in a £13 million deal for a year. Both of these deals are expected to bolster the Spurs to a top 4 finish after they were knocked out of the bracket last season.

Dele Alli rumored to be leaving for Real Madrid

The 2-time PFA Young Player of the Year in the Premier League is reported to be seeking a move away from North London. Dele Alli has not been a regular under Jose Mourinho for the Spurs. While injuries have definitely affected his appearances, a sharp dip in form can also be traced to Mourinho’s more circumspect managerial style.

Alli finds himself out of the English national team picture after being a crucial part of the setup over the past 3-4 seasons. The 24-year-old isn’t the only player finding himself out of favor under the new regime. Danny Rose, a Spurs player through their youth setup who was consistently one of the league’s best players at the position, has been frozen out as well.

Both Rose and Alli are rumored to be seeking a move away, with a Genoa deal in the works according to various sources for Rose. Given Alli’s lower age and the fact that he might find playing time hard to come even at Real, we have to doubt the veracity of such rumors.