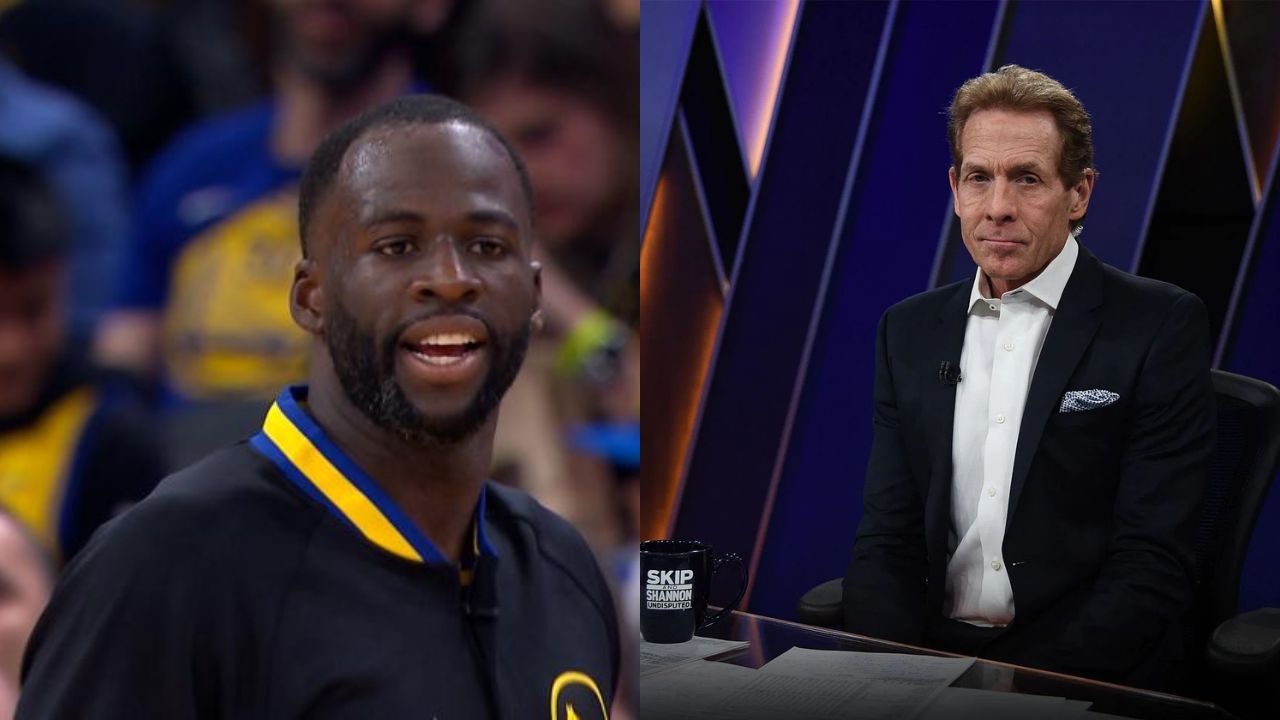 The four-time NBA champion successfully runs his own podcast called “The Draymond Green Show”. Besides, as soon as he became a member of Inside the NBA, his media career skyrocketed, propelling him to coin “The New Media.” Draymond has embraced his role as a podcaster wholeheartedly. He doesn’t sugarcoat the facts or back down from his ideas while addressing listeners or viewers. And he accomplishes it while majorly supporting the players.

The 32-year-old is currently in a Twitter tug-of-war with infamous sports columnist Skip Bayless, who has been embroiled in a number of Twitter scandals lately.

.@Money23Green has a message for @RealSkipBayless 🗣️ pic.twitter.com/LQktNaUOCW

In his most recent action, Draymond Green called out Mr. Bayless for his opinions, which often involve something negative about LeBron James. Not only King James, but Green was also criticized rudely by Bayless several times for his performances in the NBA finals. A few days back, Bayless bashed another Lakers veteran, Russell Westbrook, by disrespecting his last name and calling him “WestBrick”.

Russell Westbrook did not take that lightly and responded with a furious tweet.

Yoooo… watch your mouth. Don’t say anything here you wouldn’t say to my face. https://t.co/0u8nFXYLY8

Besides, since the beginning of King James’ career, Bayless has been his biggest critic. He even made a career out of criticizing LeBron! Is it a coincidence that Skip always tries to defame black NBA superstars? Draymond clearly has a point this time. It is highly likely that Skip Bayless might be a racist who aggressively attacks only black players.