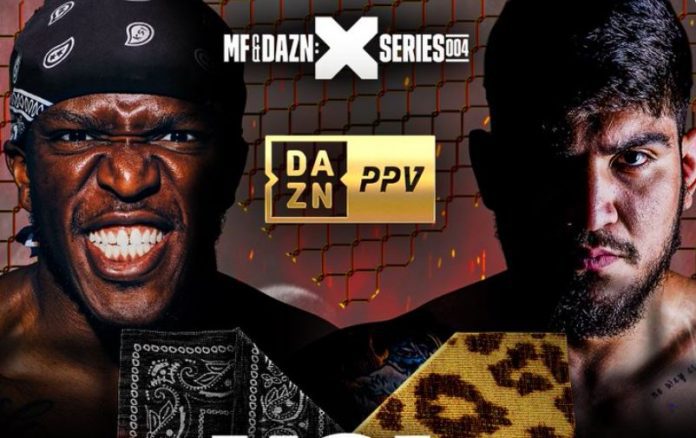 In the wake of their recent bout at a DAZN event, the boxing contest between KSI and Dillon Danis has been met with much controversy. The fight was set in motion after a disagreement broke out between the two boxers at the subsequent event. Although KSI maintained his composure at the event, he afterward sent out several tweets that damaged the Bellator fighter’s reputation online.

“JJ” was present to promote the MF & DAZN X Series 004 pay-per-view event at OVO Arena Wembley in London, but the MMA fighters suddenly appeared in front of him. It all started when the American MMA fighter made a provocative remark about the British rapper. Later on, both fighters threw some lines at each other, which eventually resulted in an altercation.

In response, “JJ” stated that he could knock out the jiu-jitsu expert at any time. Later, the welterweight fighter gradually provoked KSI until he knocked off Olatunji’s hat and then threw a cup of cold coffee in his face. To say the least, it was an odd scene. As a result, a boxing match is scheduled for January 14 as a pay-per-view event.

The match between KSI and Dillon Danis is currently making headlines in the boxing world. Although Danis was a standout jiu-jitsu competitor before transitioning to MMA, it will be indeed an intriguing matchup to see against the British Youtuber-turned-boxer, who’s doing great in the boxing ring. Former jiu-jitsu competitor has also worked with MMA stars such as Conor McGregor and Diaz Nate.