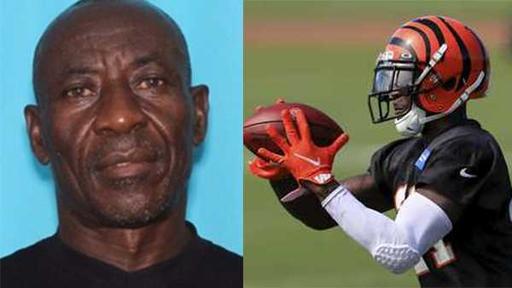 Bengals cornerback Mackensie Alexander, who left training camp Tuesday to help the police to search for his missing father, has been arrested for battery after a confrontation with the man who was with his father before he went missing, according to a reports..

Very unlikely, the story has taken a new turn. Just a day before the incident, it was reported that the Cincinnati Bengals cornerback Alexander left training camp after his father went missing in his home state of Florida. On Wednesday, multiple outlets are reporting that Alexander was arrested on one count of battery in Collier County, Florida.

Pelissero reported on Tuesday that Alexander’s father, Jean Odney Alexandre, went on a berry-picking trip with another man. The 65-year-old apparently went for a trip on the prairie and was left behind. Since then there was no news of him.

According to the police report, the sheriff’s office arrested Alexander after he confronted the man who left behind his father alone.

Police were searching for him with helicopters, K9 teams, four-wheelers, and help from the Florida Wildlife Commission.

Mackensie Alexander, 26, is from Immokalee, Fla. He was a second-round pick by the Vikings in 2016 and signed with Cincinnati in the offseason. Bengals CB Mackensie has only allowed two touchdown passes while opposing quarterbacks have targeted him over the past two seasons. He allowed just 5.6 yards per target in his final season with the Vikings (2019).

Since the beginning of the career, Alexander spent his first four seasons with the Minnesota Vikings before signing a one-year, $3,953,125 deal with the Bengals this offseason. He’s played 55 games in the NFL, recording 103 tackles, 4.5 sacks, 21 passes defended, and two interceptions in four seasons. Alexander was a second-round pick of the Vikings in 2016.

Deputies said Alexander’s father was reportedly wearing a white shirt, black jeans with a stripe on the sides, and also circulated a number publicly in case anyone gets to see him. Prayers for the Alexander family!