10 Oldest UFC Champions of All Time 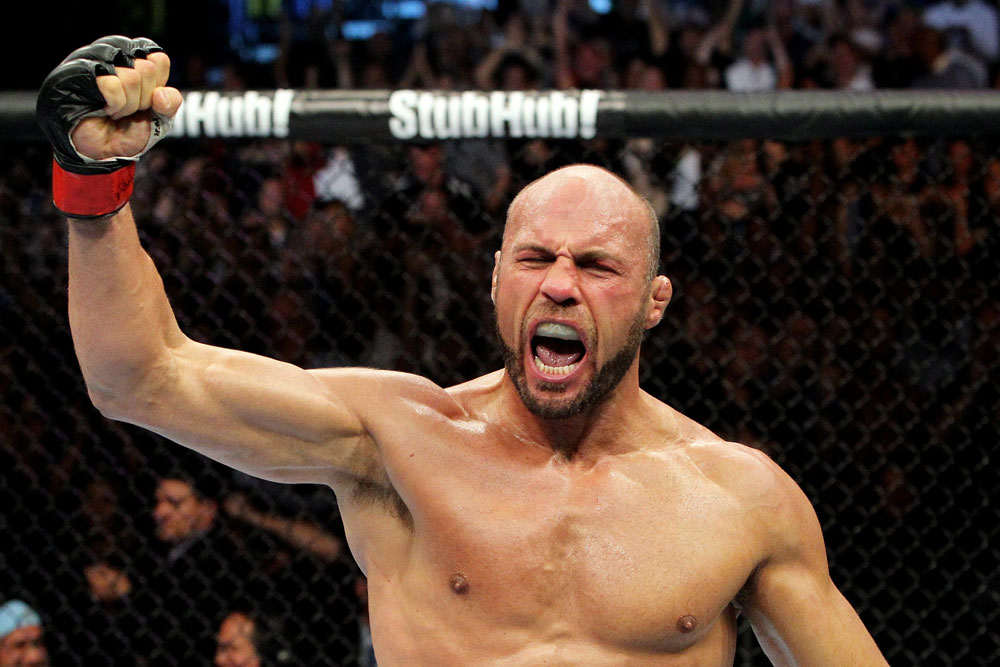 Scores of fighters and grapplers who made their way into the octagon include some of the oldest UFC champions for whom age was just a number. Although many of the fighters recently are rather younger and hungrier, the old-timers are capable of packing a mean punch too.

Despite 29 being the average age for a UFC fighter, we have had several fighters who were above that age and still just as good as the young fighters. This is a ring where bones are broken and careers are ended. Also, where agility and fitness are of extreme importance to survive.

However, this has not stopped these old guns from firing and claiming the UFC title several times. These hard hitters have gone through horrible injuries, retirements, and defeats, only to come back later and win big.

In the following writing, we will look at some of the oldest UFC Champs of all time. 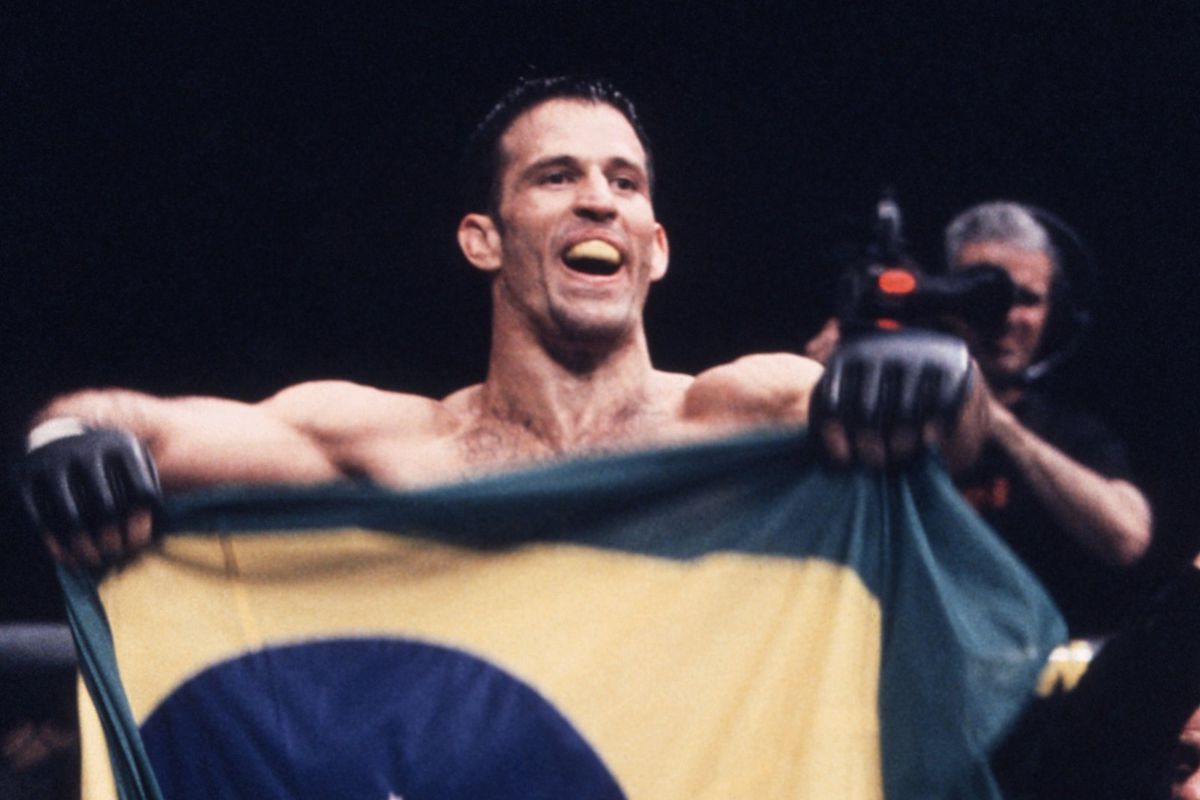 The heavy-hitter from Brazil had faced off The Iceman, Chuck Liddell where he had to lose. However, at the ripe age of 35, he got a chance to face David Menne to win the middleweight championship title.

He successfully struck down his opponent by round 2, winning the title and solidifying his position among the older stars. It took 9 months for someone worthy enough to challenge the Brazilian for the championship.

Matt Lindland took up the challenge where Bustamente defended his title. He, however, had to relinquish his championship, shortly after given his move to Pride FC.

Bustamente, one of the oldest UFC championships was such a valued fighter that for an entire year after his leave, the title remained vacant. The person who was finally capable of filling the former’s shoes is #9 on our list.

The unfortunate case of Evan Tanner still makes a hardcore fan of the octagonal sport rather sad. At the age of 30, Tanner was handed the chance to win a title but the Hungtington Beach Bad-Boy had put him to sleep with his fists, back in UFC 30.

It was only when he was 34 years old, after winning seven times and changing the course into the 185-pound category, Tanner had another chance to hold a title.

His opponent for UFC 51 was David Terrell, the aforementioned Brazilian, also fought for the title lift up. Tanner finally was successful and he captured the middleweight championship through his trusted ground and pound technique.

However, unfortunate incidents followed and Tanner had to suffer defeat again just 4 months later, at the hands of Rich Franklin. This was his second defeat to Franklin in two years, fate had not been kind to one of the oldest UFC champions.

This was the beginning of the end as Tanner went on a losing spree in the following matches, losing 3. His life came to a tragic halt as he died of heat exposure while traveling alone through the deserts of California. 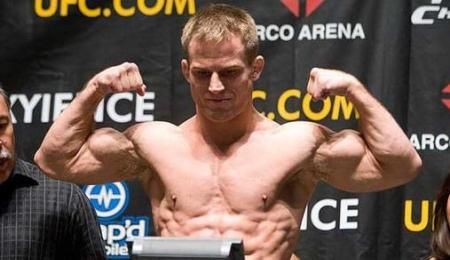 The ‘Muscle Shark’ of UFC had his first shot to hold the welterweight championship back in 2003. Unlucky for him, the great one of MMA Matt Hughes handed him his defeat, thereby stripping him of the dream.

Upon a change of heart and division, Sherk headed outside, fighting independently for a couple of years. He then made his return to take on Kenny Florian for the lightweight championship which was up for grabs at that time.

At 34 years of age, Sean Sherk became the first lightweight champion of UFC in 5 years, defeating Florian. He was capable of retaining it 9 whole months before his title had to be defended against Hermes Franca.

Although he capitalized a win against Franca, a few months later, however, the title was taken away as he did not pass a doping test. The reason he got away was that measures were much lax back then.

El Guapo or the Handsome one received a shot at the Heavyweight title back in 1998 when Randy Couture had to leave as disputes arose over his contract.

Rutten had his first match against Tsyuoshi Kohsaka in UFC where he was capable of winning. This gave him a shot at the title, and a chance to face Kevin Randleman.

The victory was by a split decision and Rutten was at 34 years and 4 months, the champion, one of the oldest UFC fighters to do so. He then left the title as he was interested in pursuing the title which is now known as the light-heavyweight championship.

El Guapo had to quit in 1999 for a while as his injuries were too severe for him to carry on, with which he carried home his 22-match undefeated streak.

Rutten had made another arrival in 2006, which however ended quickly into retirement the same year. Rutten has since then focused on his acting career where he was known to host shows like “Inside MMA”. 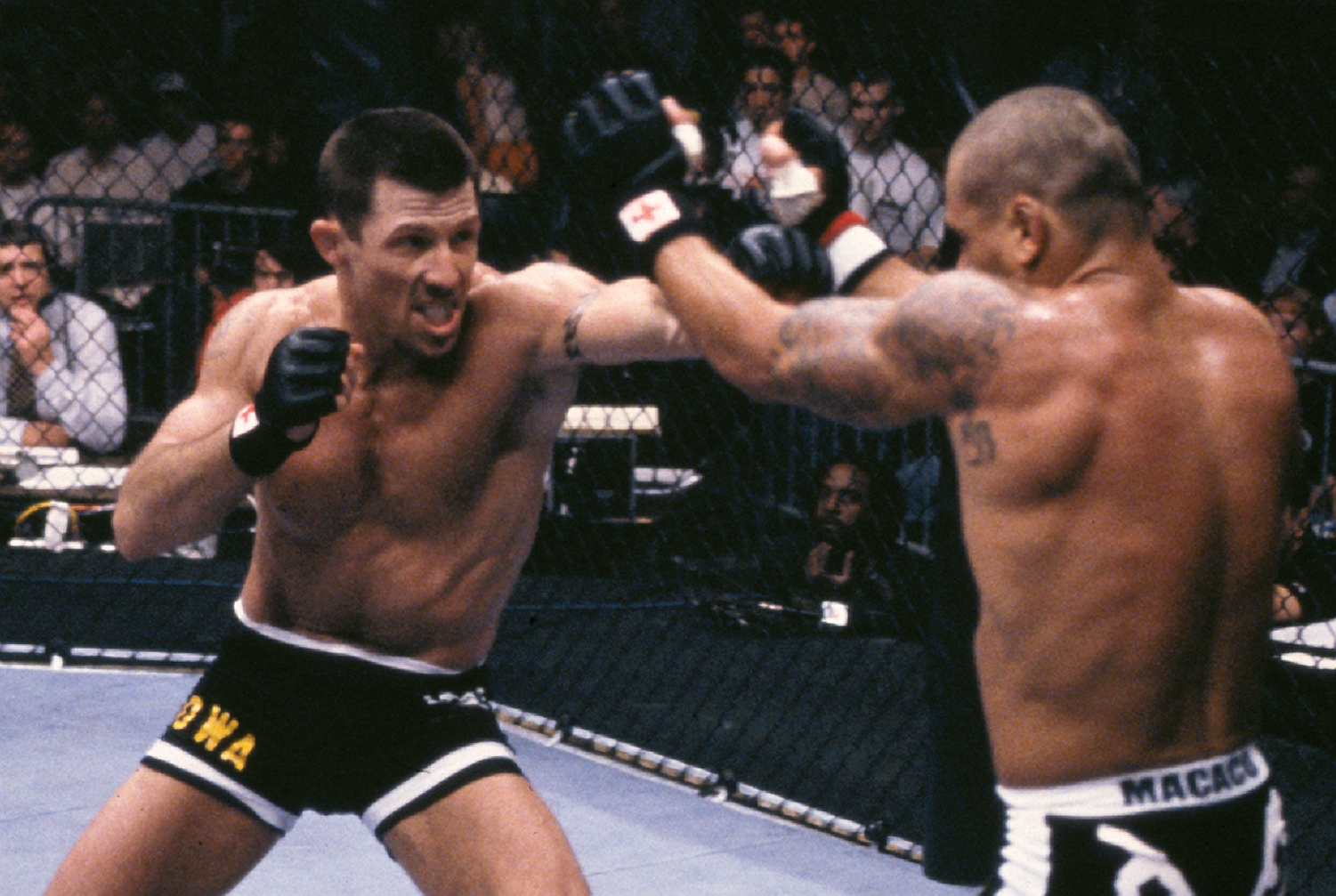 The “Croatian Sensation” had 23 wins under his belt when he got the opportunity at the welterweight championship back in 1998. Pat defeated Mikey Burnett at 35 years of age to win the championship.

He was successfully the holder of the title for 2 entire years before he finally had to abdicate his title to Carlos Newton, following his defeat. Miletich was among the older fighters who had to submit to a bulldog submission held by Newton.

The irony was, Miletich lost to one of the youngest fighters in the sport. 35 years old at the time, he was capable of fighting only four more matches.

Unfortunately, he never had one more shot at the title and retired in 2008. He was inducted into the Hall of Fame of 2014 and is one of the oldest UFC champions to receive that honor. 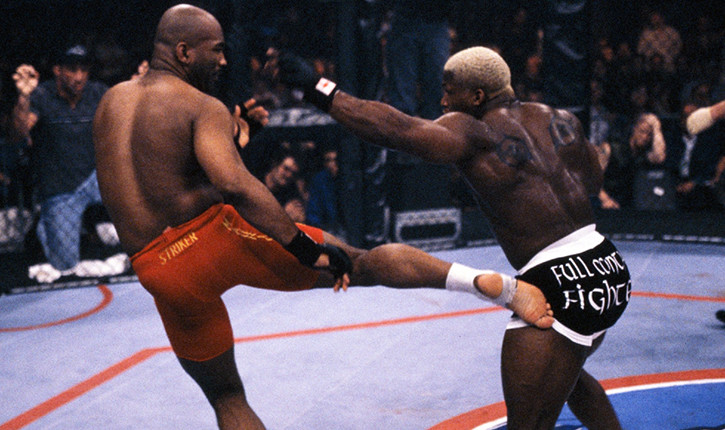 A kickboxer at the start of his combat sports journey, Maurice Smith was late to join the MMA. He had already crossed 30 when he entered MMA, which is rather late for professional fighters.

Despite Smith was so delayed into entering the octagon, it took him merely four years to take over the title of the UFC heavyweight championship from Mark Coleman. His upward arch was so distinct, it was a fact that he was natural for this sport.

He won the title at 36 years of age, making him first among the oldest UFC champions by far to be mentioned in the list.

Smith was able to retain that title just for five months before having to give it up to Randy Couture by a U-Dec. However, during his reign as the champion, he successfully defended against Tank Abbott.

Similar to his predecessor of this list, Carwin had not begun his career in the MMA until he was in his 30s bracket. Five years of intense hard work later, Carwin finally had a chance at the interim heavyweight title of the company.

Facing him would be a big name, Frank Mir who had secured victories against the likes of Brock Lesnar in a fierce and one of the most hyped matches. At 35 years and 5 months, Carwin was able to defeat Mir at the first frame, his 12th victory.

The same opponent of Mir, Brock Lesnar faced Carwin and made him tap out in the second round. He did not rely on UFC as his sole way of bread earning as he could fall back upon his job as an engineer.

He retired in 2013 following his defeat to Junior Dos Santos. This was his only fight after facing Brock Lesnar. 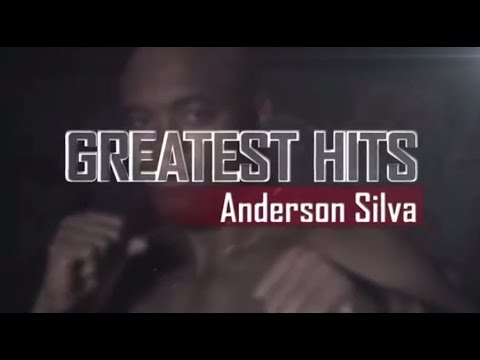 The lover of comic books and superheroes, Anderson ‘Spider’ Silva had a perfect chance of staying in the sport, knocking people out. Silva could have managed to stay even after celebrating his 40th, such was the charisma of this Brazilian fighter.

Silva captured the title of the middleweight championship when he was 31 years old from Rich Franklin. His merciless knees rammed into his opponent’s head were good enough to knock anyone out.

He held on to that title for about 8 years before relinquishing it to Chris Weidman. It was UFC 162, where Silva’s in-ring talent could not make Weidman nervous, who finally wrung the title away from the Brazilian.

Silva was 38 years and 2 months when he lost the title, making him one of the oldest UFC champions to relinquish the position at that age. He would have surely made a comeback but he was injured severely in the knee, making him unable to ever come back into the octagon.

Chuck “The Iceman” Liddell had started his UFC journey back in 1998, however, it was not until 2005, that he had a shot at the gold. It was an opportunity at the light heavyweight championship, against the great Randy Couture.

Liddell defeated Couture in the very first round with a knockout and was the 205-pound titleholder. The Iceman would successfully put the lights out of four more challengers who had stood in his way.

It was only against Quinton Jackson, in a rematch from Liddell’s defeat by Jackson when they fought under Pride FC. In the UFC title fight, Quinton ‘Rampage’ Jackson defeated Liddell again.

Liddell would go on to lose three more bouts in his career before having to finally quit for good. He was 37 years old at the time. 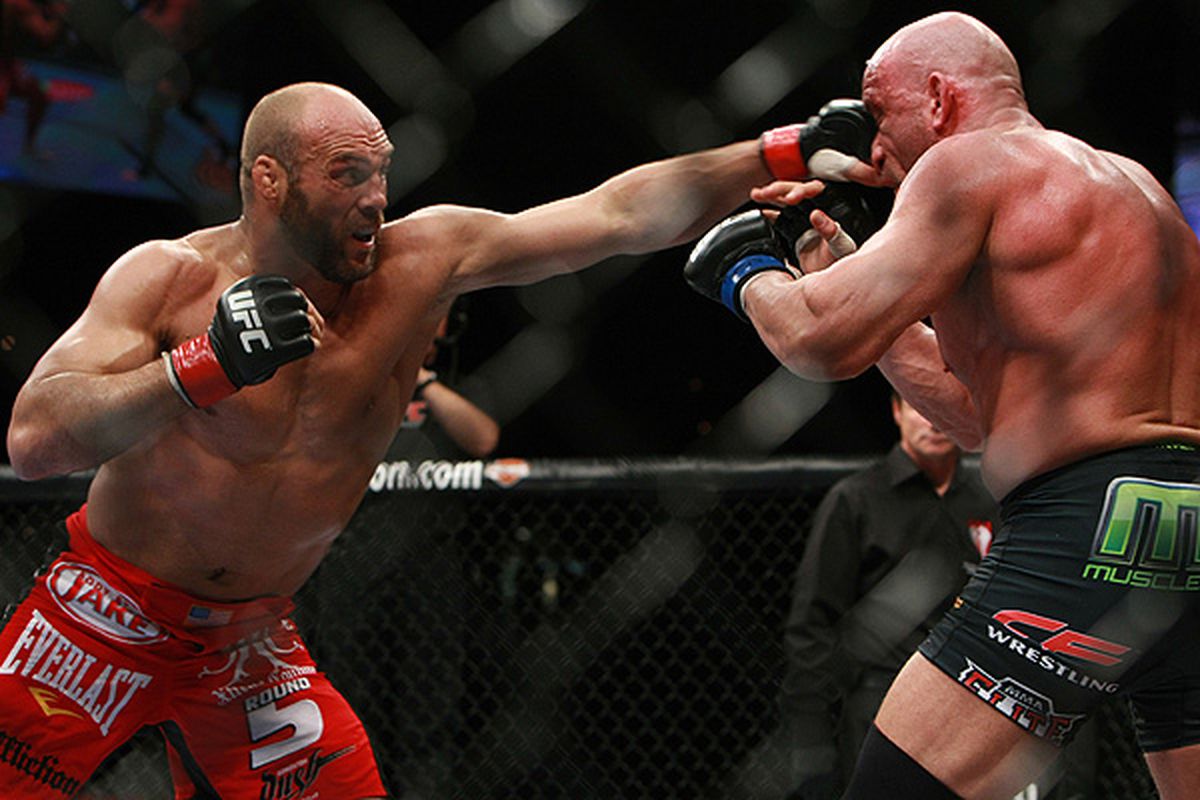 Whenever we talk about the greatest of all the oldest UFC champions, one person shall always be remembered, at the very top, the very best, Randy Couture. At 45 years and 4 months, this man claims the first position in the list, due to his sheer dominance and fierce agility in the octagon.

The only champion to win the championship a shocking 4 times after crossing 40, the American actor/martial artist was inducted into the Hall of Fame, unquestionably. The best among the oldest UFC champions, Couture has achieved feats in his career that many young guns of the octagon are still rather indecisive about trying to attempt.