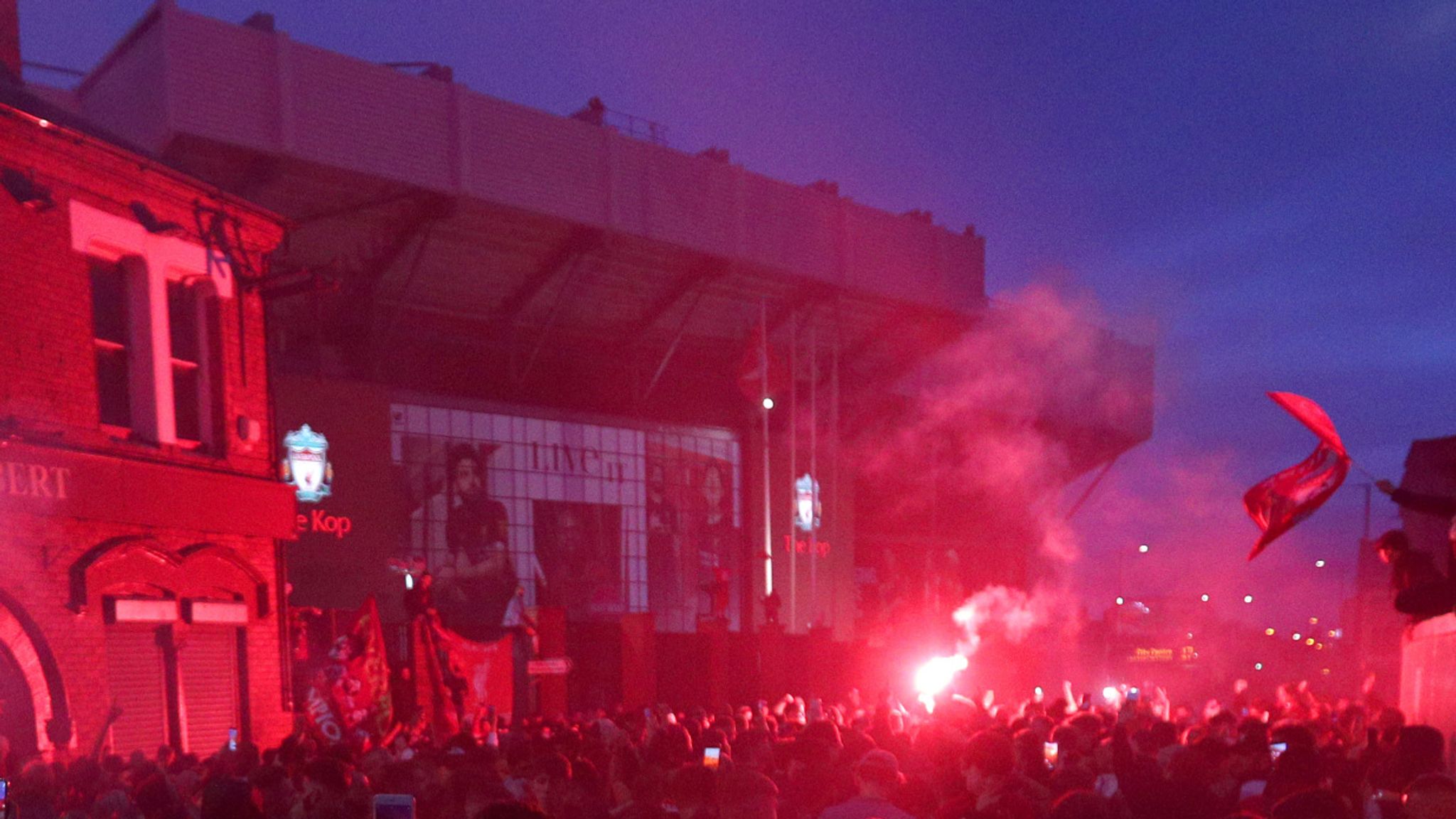 The Merseyside Reds may not have a flashy cabinet, but they can definitely boast of an extremely active fan base. The Klopp army brought home their maiden League title last month and since then, the city of Liverpool has gone bonkers.

There have already been varied celebrations last month when Liverpool has deemed Champions of the 2019-20 Premier League. Fans and supporters gathered in hundreds at Pier Head to celebrate their victor team as it was a joy never before explained.

However, keeping in mind the uncontrollable transmission of the Coronavirus Disease, it was extremely illiterate of the fan base to react in such a manner. To aggravate situations further, they damaged public property and were violent in retaliating to the police.

Another incident of a similar nature cooked outside Anfield Park, as Klopp’s Red Army took on their arch-rivals the Merseyside Blues, coached by former Chelsea player Frank Lampard.

Though the club manager, Sir Kenny Dalglish crowned the reds champions in front of an empty stadium, the scene outside was dreadful. A band of around 3000 supporters gathered outside the stadium to celebrate this historic event.

In spite of the several notices and warnings issued against public gatherings, nothing, not even a global pandemic could stop the literally “die-hard” fans of Liverpool.

The police had to issue a dispersal order for around 3000 fans from around the stadium. Nine fans were arrested under charges of disorderly conduct, drink and drug driving, affray and assault.

The Merseyside police Assistant Chief Constable Natalie Pereschine stated when asked about the unruly crowd, “Thankfully we didn’t see the sort of incidents of disorder and criminal damage we saw at the Pier Head on 27 June, the investigation into which has seen more than 20 arrests made to date,”  She also added, “the vast majority of the crowd were good-natured and had dispersed by 02:00 BST”.

The club expressed heavy disappointment by the behaviour of the fans who had ignored the advice issued to “celebrate at home”. Nonetheless, it also expressed its gratitude to all those who stayed home “protecting their loved ones and the city” from the unfathomable threat of the pandemic.

The club had earlier condemned the fans’ behaviour at Pier Head on the 27th of June and did the same about the rendezvous last night. The Mayor of the City, Joe Anderson also tweeted expressing his gratitude to all those part of the clean-up protocol at Anfield Park.

This kind of behaviour is extremely shameful given the current situation of the entire world. Though it is time for celebrations we should keep the well-being of each other in mind and keep supporting our teams.