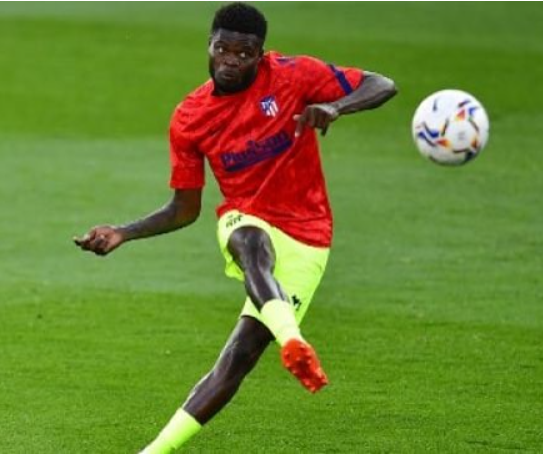 After a long and protracted courtship, the North Londoners have succeeded in landing their primary midfield transfer target Thomas Partey. The Atletico Madrid midfielder has been on the club’s radar since 2018, and even agreed personal terms in 2019.

However, Arsenal’s unwillingness to pony up the entirety of his £45 million release clause served as the major hindrance to the deal. The club became desperate to land a major transfer given the badly off state of its squad over the last couple of seasons.

Former Sampdoria midfielder Lucas Torreira moves the other way on a loan deal. The Brazilian, despite making 89 appearances over his 2 seasons at the Emirates, has found himself out of manager Mikel Arteta’s plans.

Torreira will be hopeful of more playing time at the Champions League hopefuls Atletico Madrid. He will face stiff competition there with the likes of Koke, Saul and Marcos Llorente set to be favored over him.

The transfer itself was in major doubt as late as Monday morning. Arteta was in pursuit of 22-year-old attacking midfielder Houssem Aouar from Lyon, but their £35 million bid was turned down. Aouar has agreed to stay in Lyon for another year, and this will only serve to drive his value up.

After finishing a lowly 7th in the Premier League, their worst finish since the 1990s, the club has been in need of a rejuvenation. Partey brings with him a wealth of talent, physical ability and experience to the club.

Given the erratic nature of Lucas Torreira, Mohammed Elneny and Granit Xhaka’s play, the club has been in need of a strong midfield presence. Partey is a better dribbler than all 3 players mentioned, and can impose his presence on a game with his ability to break down teams from the center.

Technical director Edu made the following statement about the signing:

“Thomas has all the right attributes to be a top player for Arsenal. He is a leader on and off the pitch and he is exactly the kind of player and person we want at the club.”

“We already feel like we know Thomas very well based on the work we have done analysing his performances closely in recent times.”

“With his all-round game and positive aggressive style, he will be a brilliant addition to our squad. We’ve made a strong start to the season and we want to continue to build on this with Thomas now part of our club.”

“We’re very impressed with his attitude and his approach to the game. He’s an intelligent footballer and we’re looking forward to him integrating into our system and contributing to the progress we’re building at the moment at the club.”

Thomas Partey’s weekly wages of £230,000 will put him right among the club’s top earners alongside Ozil, Aubameyang and Willian. He will also receive a signing-on bonus of £2 million. Agents are expected to earn a 10% commission on the transfer.

Eric Garcia transfer: Manchester City to reject Barcelona bid for defender
What ails Roberto Firmino? A look into the Brazilian false no. 9’s fall in form