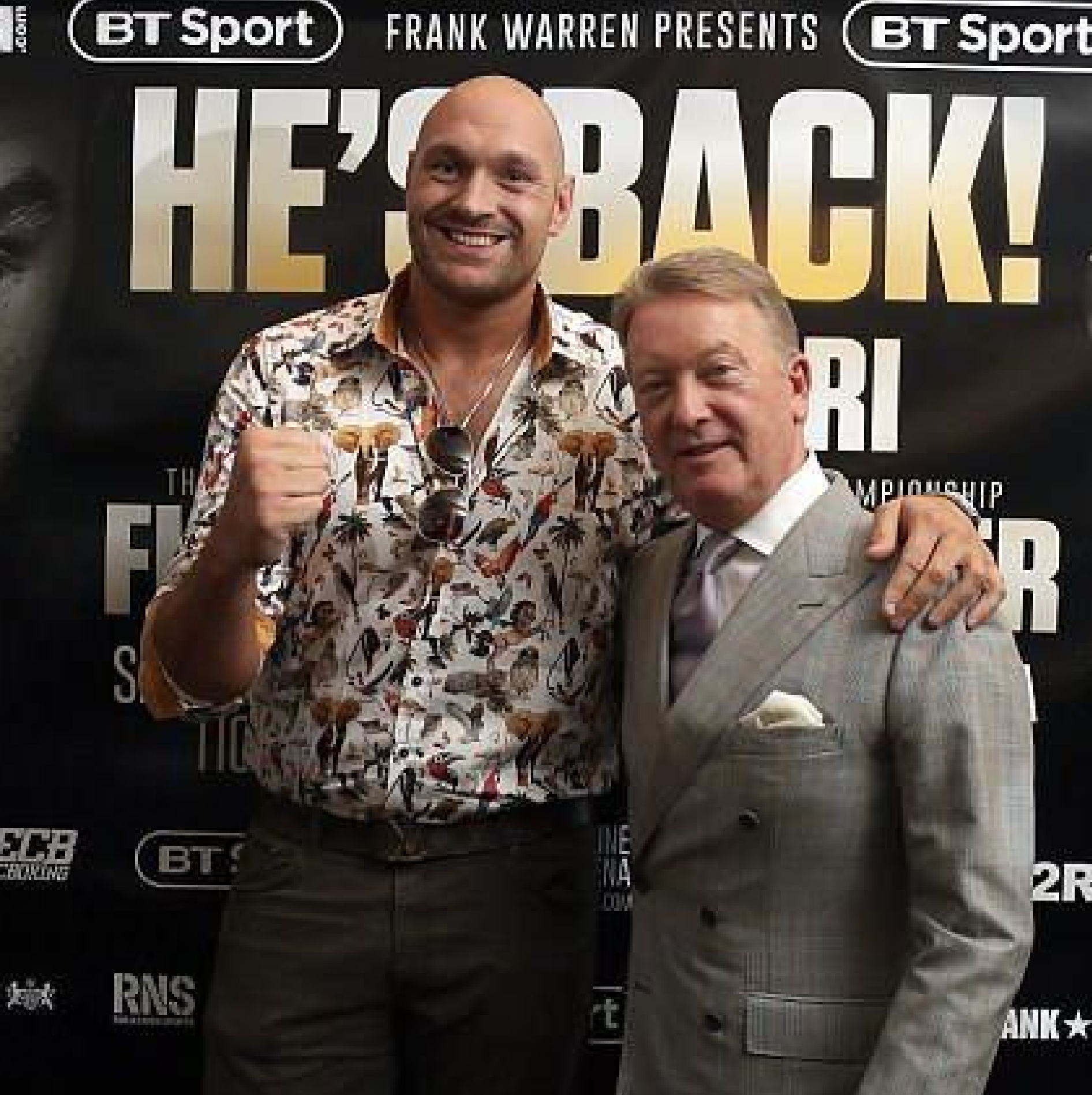 Tyson Fury has said that his manager, Frank Warren brought him back from the brink of career death. Infamously, Tyson Fury blew up to a massive 28 stone or 392 pounds after his 2015 title win against Wladimir Klitschko. Fury gained weight due to abuse of drugs and mental health deterioration. His boxing career was almost over as he vacated all his titles and stopped training.

But Fury was put back on the road to glory by manager Frank Warren. Warren helped him get tune-up fights before challenging Deontay Wilder. Fury recapped his journey in the press conference, where he thanked his manager for all he had done for him.

Since then, Fury has gone on to defeat Deontay Wilder (twice) and most recently knocked out fellow British superstar Dillian Whyte at a packed Wembley stadium.

According to post-fight interviews, this could very well be Tyson Fury’s last boxing match. The undefeated champion has given hints of retirement.

Fury massively thanked his long-time manager for engineering his return to the championship level. Fury said, “Frank believed in me when others were scared to put me back in the ring”.

After his win over Whyte, the return of “The Gypsy King” has come full circle. Fury has won and defended his WBC, Ring Magazine, and Lineal Heavyweight championships against numerous opponents now, under Warren. The dominant knockout of Dillian Whyte puts Fury firmly in the upper echelons of boxing’s history!