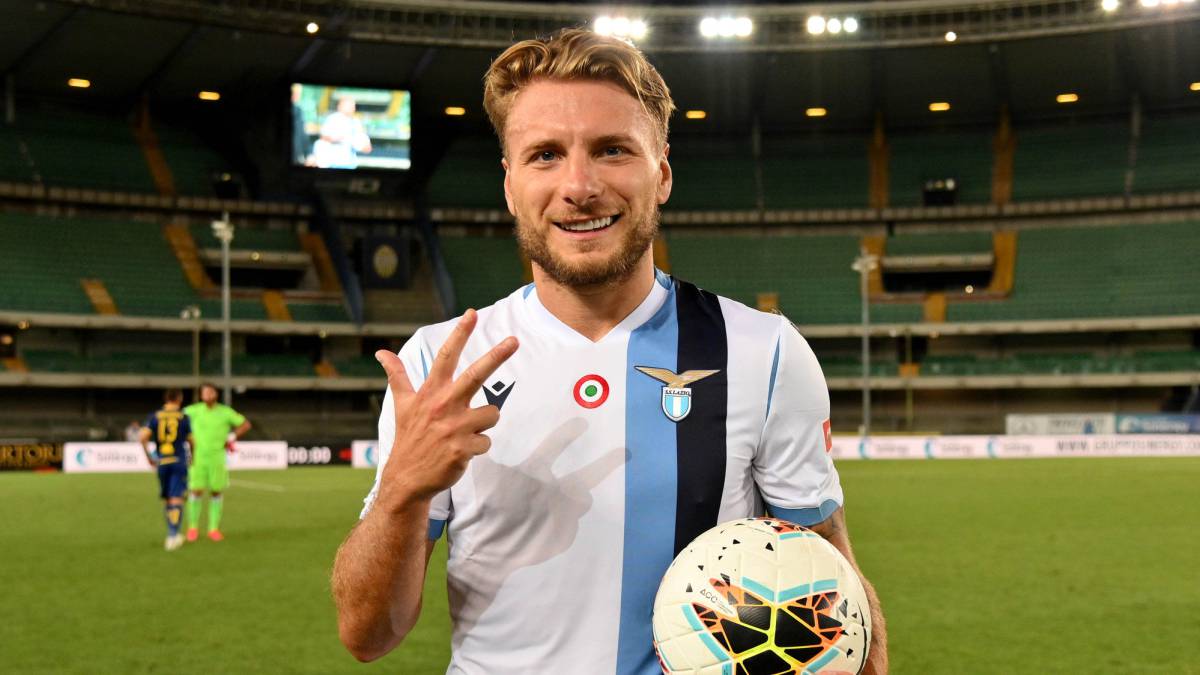 Ciro Immobile, the Italian attacker wins this season’s European Golden Shoe & Serie A Golden Boot at the same time. The Lazio striker has netted 36 goals in the Serie A which has earned him this recognition.

It was inevitable as Juventus boss Maurizio Sarri kept Cristiano Ronaldo out of the squad against Roma. The Portuguese striker scored 31 goals this season who was in line with Immobile a week ago.

But Immobile’s hat-trick against Hellas Verona just took him far from Ronaldo to touch. Also, he moved up in the top place in Europe overtaking Robert Lewandowski who had 34 goals in this season’s Bundesliga.

The 30-year-old has won it for the first time in his professional career. Previously, he played in Sevilla FC, Borrusia Dortmund & Juventus before coming to Lazio in 2017. But he never performed so consistently during a whole season in his life.

He also had the opportunity to go past Gonzalo Higuain’s record breaking 36 goals in a single Serie A season. However, his only goal against Napoli in the final match day has equaled his score tally to Higuain’s one. Also, Ciro Immobile is the first player to win the European Golden Boot in Serie A since Francesco Totti won it wearing the Roma jersey in 2007.