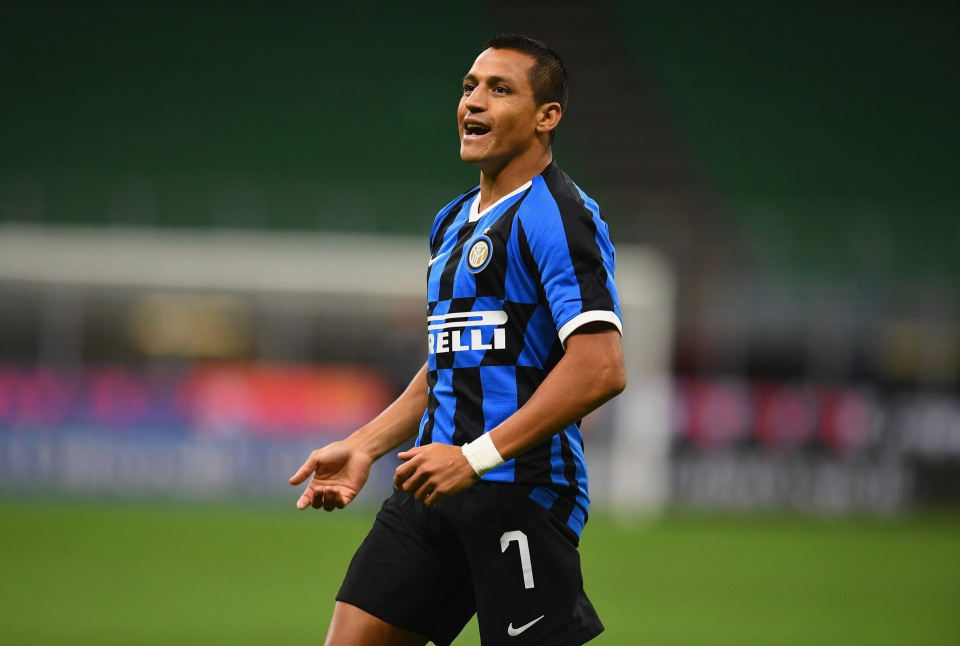 Inter Milan have officially completed the signing of Alexis Sanchez from Manchester United on a free transfer, with a three-year deal agreed upon.

The Chilean international had arrived at Old Trafford amidst much fanfare in January 2018 and fans of the club were happy to have landed the star attacker after a protracted battle with their city rivals Manchester City and it was expected that he would be the man to lead the club back to their former glory.

However, the initial optimism that greeted his arrival soon dissipated and Sanchez struggled horribly to recapture his best form with the Red Devils and looked nothing like the world-class player who tore defences to shreds while he was at Arsenal.

His performances were all the more disappointing, considering his hefty wages of  £560,000/week, which destabilized the club’s wage bill and caused consternation among his teammates who were gutted at being paid less than someone who barely contributed to the overall cause.

Despite public support from Jose Mourinho, things did not improve on the field for Sanchez and the Portuguese manager soon lost patience and dropped him from his starting lineup, which is a path that was followed by his replacement Ole Gunner Solksjaer.

A one-year loan deal to Inter Milan was agreed in the summer of 2019, with Inter responsible for half his wages and Antonio Conte hoped to bring the best out of a player he had admired in the past but the productive partnership of Romelu Lukaku and Lautaro Martinez severely limited his gametime. An ankle injury suffered early in his Inter career consigned Sanchez to the treatment table, further hampering his chances and with the season running out, it looked unlikely that the Nerazzurri would make the move permanent after he had scored just one goal in his first six months at the club.

However, the coronavirus enforced break allowed the 31-year-old to get back to full fitness and an extended run of gametime enabled him rediscover his best form in front of goal.

A return of seven assists and three goals in the last 11 matches of the Serie A campaign was seemingly enough to convince Conte and the Inter hierarchy to put the former Barcelona man in their transfer plans. They initially sought to extend his loan deal to enable him complete the Europa League campaign but have now gone all out in signing him permanently.

Manchester United would not receive a fee for the transfer but this is significantly softened by the offloading of Sanchez’ hefty wages from their bill and he departs Stretford End having scored just five goals in 45 appearances for the club.

Expectedly, his latest move has left an impression on various stakeholders in the sport, with Manchester United legend and TV pundit Paul Scholes describing himself as happy that Sanchez is heading for the exit, telling BT Sport: “The sooner they got rid of him the better,”

“He was really poor for Man Utd. When Sir Alex [Ferguson] left, it was just part of a four, five year spell where the recruitment was abysmal to say the least and he was just a part of that”

Speaking on the transfer, Solskjaer said: “Alexis enjoyed his time there,they liked him, so of course that’s a good move for him, wish him all the best, he’s a top player, you want to see top players perform.”

After overseeing his side book their place in the quarterfinal of the Europa League with a 2-0 victory over Getafe, Conte was also asked about the move: “I think the Sanchez transfer is a very good move by the club,” he told Sky Italia. “Considering the conditions in which we managed to get Alexis, it was a really good transfer.

“The club deserve credit because he came at the worst moment in his career. He arrived after two difficult years when he was really struggling at United and then got injured with us.

“We took the time to get him back on track, so it is only right for Inter to enjoy it and reap the rewards of that effort.”

Alexis Sachez himself stated that his loan arrival at San Siro was “a bit like falling in love again” and having completed a permanent move, he would hope to get back to his previous best and help Conte in his quest to dethrone Juventus as perrenial Serie A champions.

The move brings his 18-month nightmare at Old Trafford to an end and he would team up with former Manchester United teammates Romelu Lukaku and Ashley Young.