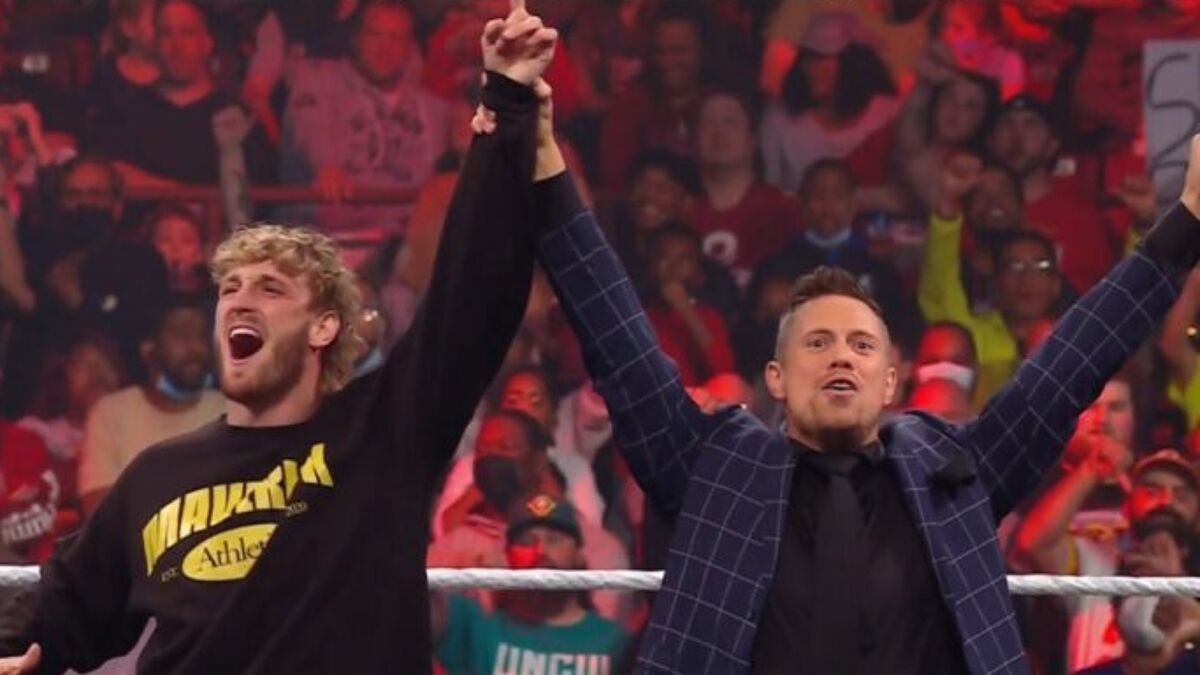 Celebrity boxer Logan Paul is now officially signed on to the WWE and he is on the hunt for the veteran and former champion, the Miz!  Logan Paul was betrayed by the Miz at WrestleMania 38 after they earned a victory over Rey Mysterio and his son.

Logan was set to make a special one-time guest appearance at Wrestlemania but after The Miz’s betrayal, Logan has a thirst for revenge and has signed on to the WWE permanently.

Recently in an interview when he was asked about who he is going to face first in WWE, Logan immediately responded that he wants to beat The Miz on his own home ground and will not fight anyone else.

The Miz infamously betrayed Logan and deliver a skull-crushing finale to him as they were celebrating their victory over Mysterio. Here is the clip of the incident:

The Miz was likely jealous of Logan’s rise to stardom and feared being overshadowed by the much younger star. The betrayal was not taken kindly by Logan who is willing to hurt the Miz at any cost.

Logan tweeted out his contract signing with the WWE where he was seen putting pen to paper amidst  Stephanie McMahon and Triple H:

Just signed with the @WWE pic.twitter.com/7lYdxIKivF

The date for Logan’s first match has not been announced as of yet. But this could be showcased in the upcoming Pay Per View, Summer Slam. Which is also the biggest show after Wrestlemania!