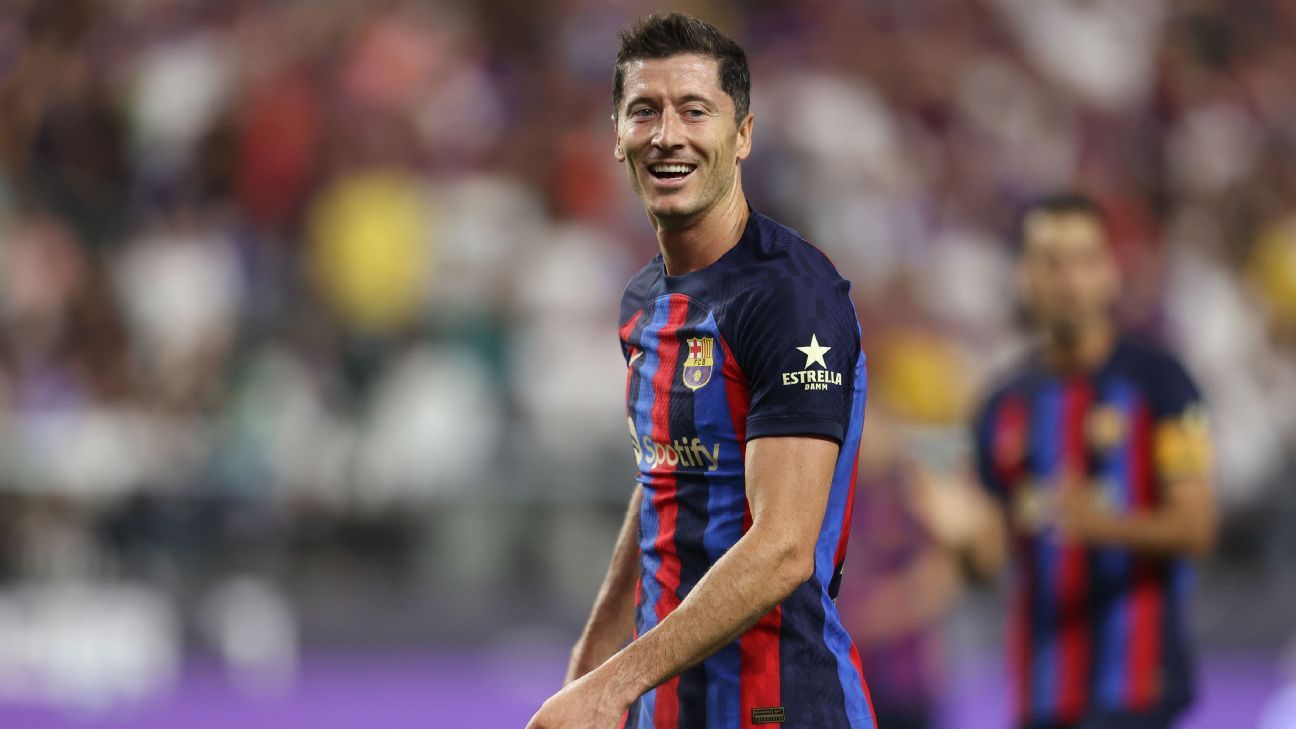 FC Barcelona have been blessed with a lot of talented strikers over the years, like Ronaldo, David Villa, and Luis Suarez, but now they are even more lucky to sign a UCL winning striker, Robert Lewandowski, 33, from Bayern Munich, who chose Barca over other giant clubs.

Following the pre-season victory against mighty Real Madrid, Barca manager Xavi hailed Lewa’s performance by adding his superior experience in the past.

Why does Xavi congratulate Robert Lewandowski on his Barca arrival?

At the beginning of last season, the former Bayern striker Lewandowski kept hinting that he would leave the German club at the end of the season, and he also openly disclosed that his major preference was to join FC Barcelona.

As a result, Lewa announced a few months ago that his time with Bayern had come to the final stage after clinching a tenth straight Bundesliga title in the 2021-22 season. 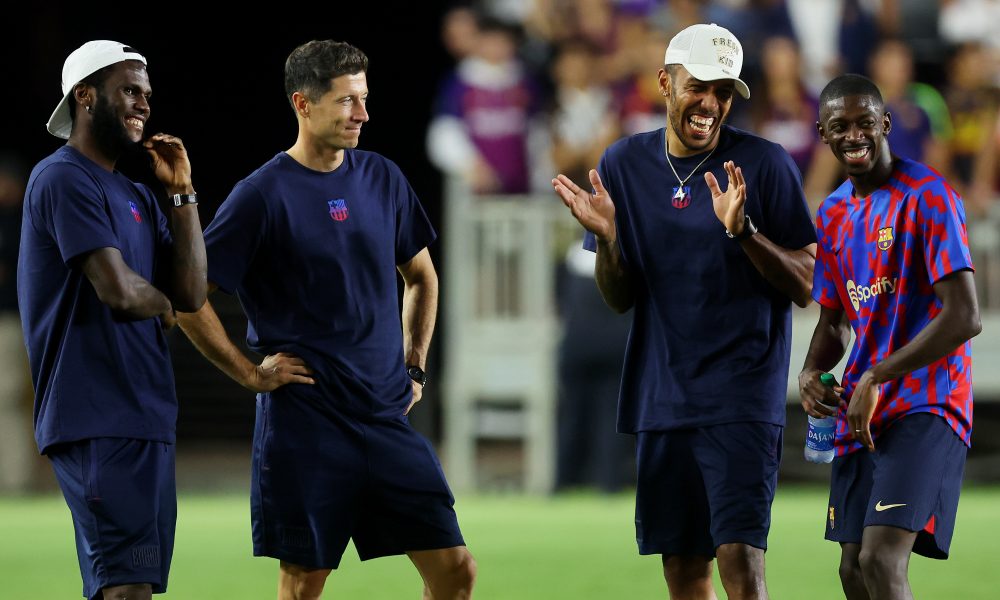 Lewandowski with his new Barca teammates

Barca fans around the world, on the other hand, witnessed a lot of drama surrounding the signing of the Polish forward last month, but they are now relieved that Robert will join the Catalan side by July.

Apart from fans and media, the arrival of Robert Lewandowski was also applauded by Barca manager Xavi Hernandez, who called the former Bayern striker one of the most consistent performers in modern football. 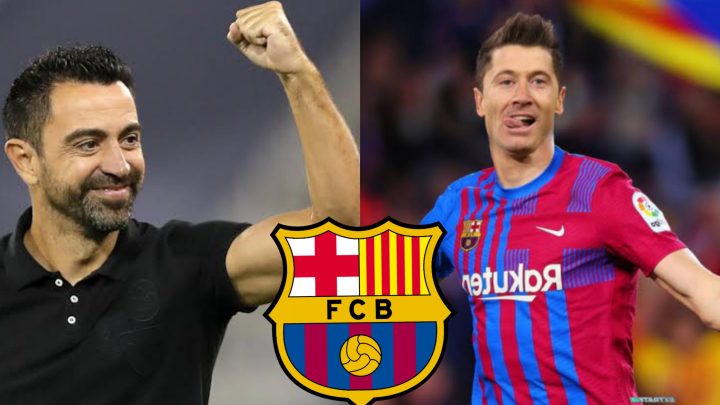 During an interview with the media, Xavi congratulated Lewa on his Barca debut against Real Madrid by saying, “Robert is world class. He has scored goals throughout his career, and he will score them. He would highlight the humility with which he has come and how quickly he has adapted. He makes us all better, me as a coach and the players.”

The Barcelona manager’s above comments easily conclude that Lewandowski would be a key part of the Catalan club’s future major football tournaments.