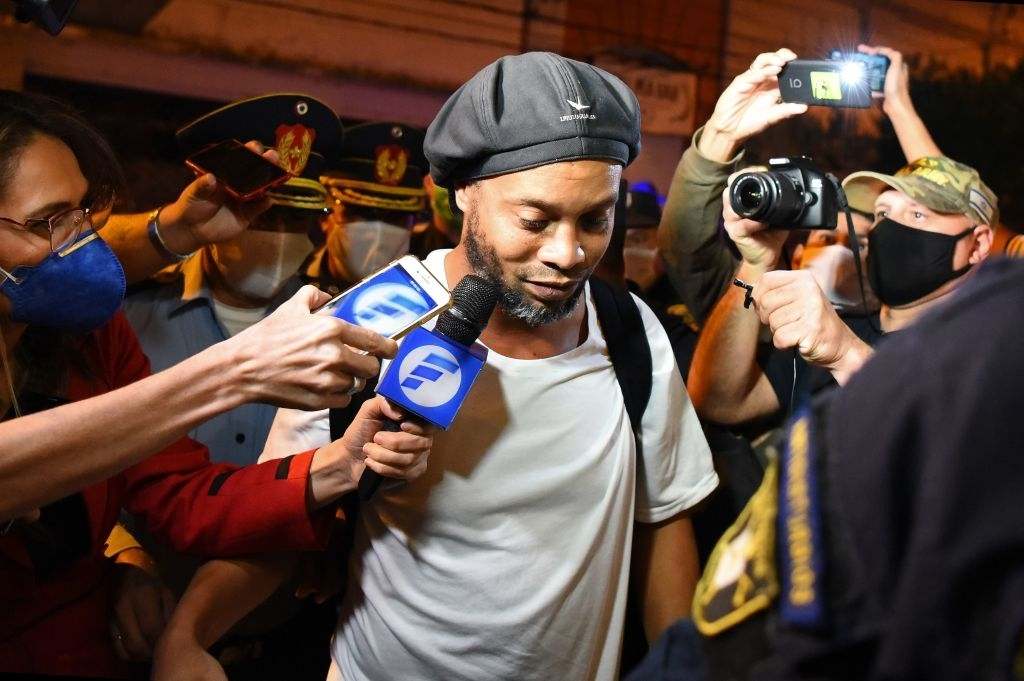 Brazil great Ronaldinho has been released from Paraguay after pleading guilty to a fake passport charge in the South American nation.

The 40-year-old had been arrested alongside his brother and agent Roberto Assis in early March but were subsequently released from prison in April after lawyers posted bail to the tune of $1.6m on their behalf and were placed in house arrest in a hotel in Asuncion to await trial.

If they were convicted, they could have faced a potential of five years imprisonment, but both brothers have pleaded guilty to the charge of entering the country with fake passports, and as part of the agreement, Ronaldinho has paid a fine of $90,000, while his brother has been fined $110,000.

Furthermore, whereas Assis would have a criminal record, Ronaldinho would not and the former is not permitted to leave Brazil for the next two years, periodically presenting himself to authorities in this 24-month span.

Ronaldinho had been booked to make an appearance in Paraguay for several promotional events and subsequently spent 32 days in a maximum-security prison after it was deemed that the documents they presented at clearance were forged.

The former Barcelona and AC Milan star – who made a name for himself with his freekick ability – had stated that he and his brother did not realize that their passports were not legal at that time, telling ABC Color: “We were totally surprised to learn that the documents were not legal. Since then, our intention has been to collaborate with the justice system to clarify the facts.”

He added, “From that moment to today, we have explained everything and facilitated everything that has been requested of us. It was a hard blow, I never imagined that I would go through such a situation. All my life, I have sought to reach the highest professional level and bring joy to people with my football.”

While in prison, videos and images surfaced of Ronaldinho playing football and enjoying a barbecue with high profile criminals, but former Paraguay international Nelson Cuevas told CNN that his friend was not happy at all – after visiting him in prison – and that the only thing that distinguished him was his smile.