“Some people collect friends, but I collect enemies” Becky Lynch opens up on WWE’s backstage issues 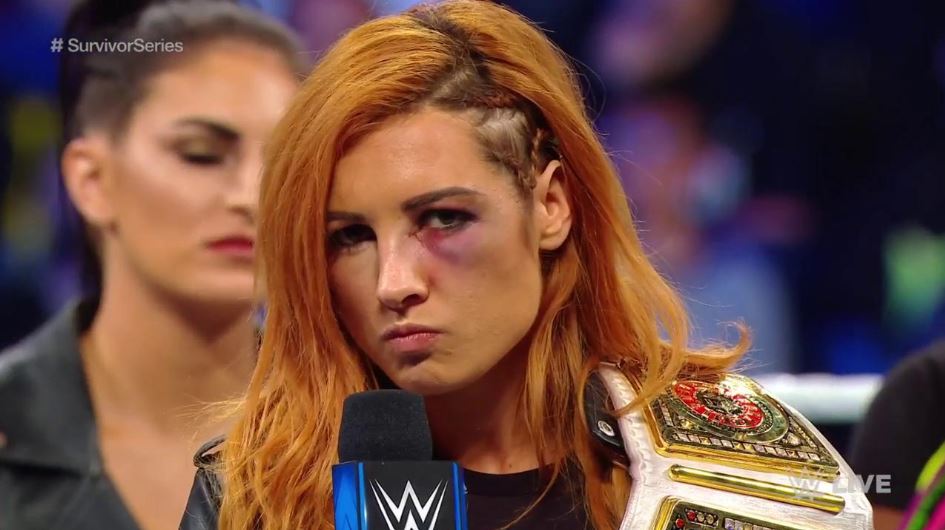 WWE megastar Becky Lynch opened the latest episode of Monday Night Raw with a zinger! She cut a promo on her rivals Asuka and Bianca Belair before their all-women triple threat match in the upcoming hell in a Cell pay-per-view event! Becky claimed during the promo, “Some people collect friends, but I collect enemies”. The bold statement comes as no shock since Becky Lynch is one of the most headstrong and bold WWE superstars out there!

Becky Lynch later sat in the commentary booth as Asuka and Bianca Belair duked it out inside the squared circle! She would end up sneak attacking both the women before leaving the arena in a hurry. The actions re-iterated her statements about collecting enemies! Attacking both rivals before a hell in a cell match might not have been a wise move by “Big Time Becks” as they could team up!

The triple threat match will be the co-main event of the card. Lynch’s real-life husband Seth Rollins will be facing Cody Rhodes in the cage during the main event.

"Some people collect friends, but I collect enemies." – Becky Lynch

Lynch has truly embraced her villainous side after her character overhaul since returning from maternity leave. “The man” has transformed into “Big Time Becks”, a boisterous and cunning character. She has been feuding with Bianca Belair ever since she returned.

Becky Lynch is one of the most popular female WWE superstars of all time, she was a part of the first-ever all female Wrestlemania main event in a triple threat match against Rhonda Rousey and Charlotte Flair. Lynch has completely re-invented herself to play a heel character!

“The 10 Years I Spent in WWE was wasted” CM Punk Drops Brutally Honest Comparison Between WWE & AEW
“We are on honeygym!!” Charlotte Flair & husband Andrade celebrates honeymoon in gym