Triple H gives his honest thoughts on All Elite Wrestling

Triple H admitted that AEW is “exciting and fresh” 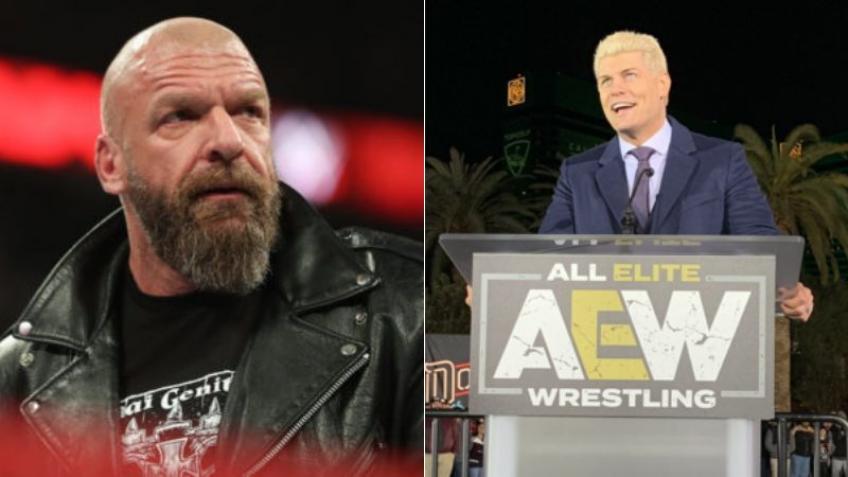 All Elite Wrestling is a pro wrestling promotion that was founded by Tony Khan in 2019. AEW produces a TV show called Dynamite on TNT every Wednesday night.

This Wednesday on Dynamite – @DarbyAllin & the #AEW World Champion @JonMoxley take on @MrGMSI_BCage & @starkmanjones in a Tornado Tag Team Match!

The show airs the same time as WWE NXT, leading to the creation of the so-called Wednesday Night War. Both WWE and AEW have taken shots at each other, and they’ve also praised each other as well.

Triple H, the person in charge of NXT, called AEW a “pissant” company, but it looks like The Game’s feelings for the competition has changed.

According to Sportskeeda, while speaking at WWE’s annual shareholders meeting earlier this month, The Game was asked if AEW had taken some of WWE’s market share to which he replied that AEW is an exciting and fresh product.

“To me, there’s a moment in time when you begin something and it’s very exciting and it’s fresh and there’s some interest in it, certainly. But it’s a big world. We continue to be focused on our product, continue to be focused on the development of our stars and our performers. And as Vince said earlier, we have a very long track record of doing this incredibly successfully for many, many, many years, and we will continue to do so.”