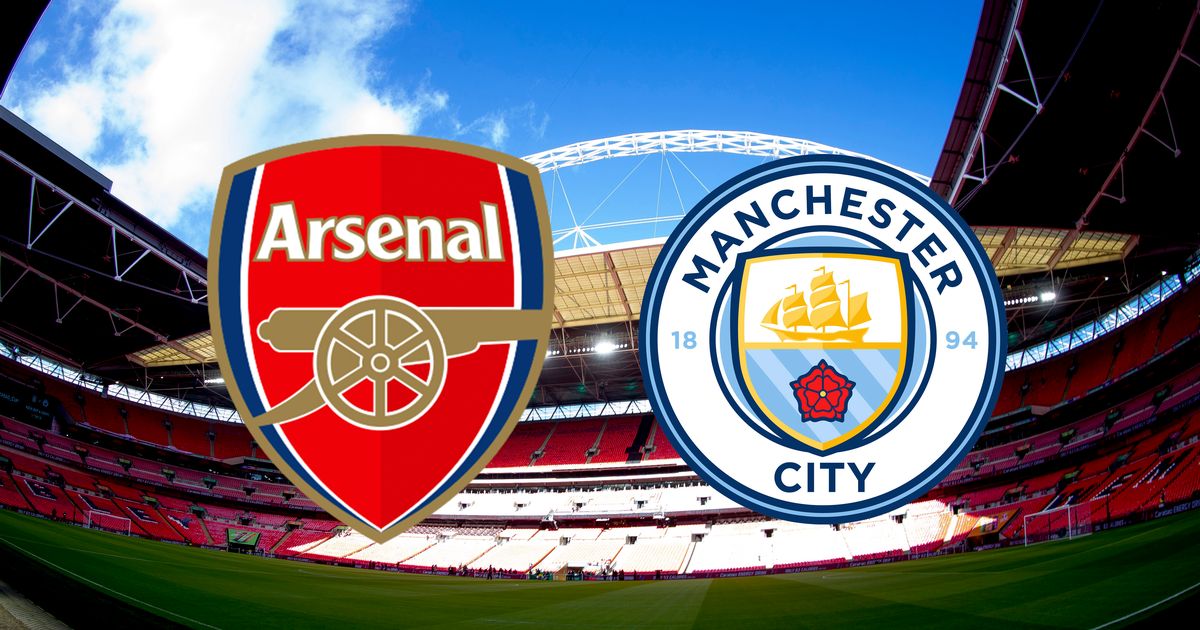 Manchester City has had a poor start in the 2021 Premier League. Losing their opening match against Tottenham and before that lost in the FA Community Shield final against Leicester City shook Pep Guardiola’s team.

But they seemed to find their rhythm last week against Norwich City as they achieved a big win by 5-0. With three points, Man City will be looking forward to taking on Arsenal today at Etihad. Although, everything is not alright for the City as Harry Kane transfer falling through and Benjamin Mendy situation might put an impact on the team. But, in head-to-head, City won their last two games against the gunners.

On the other hand, Arsenal also has had a bad start, perhaps the worst so far. They couldn’t bag a win yet. Arteta and the whole team will visit the Etihad with much pressure and responsibilities on their shoulders. Furthermore, they are yet to score a goal in the 2021-22 Premier League. However, the Gunners should have some confidence as they won an EFL Cup game two days ago against West Brom. The last time Arsenal won against City was in the 2019-20 season in the FA Cup semi final. Arteta is surely looking for a win today, but they have failed to beat the City at the Etihad in their last five meetings. 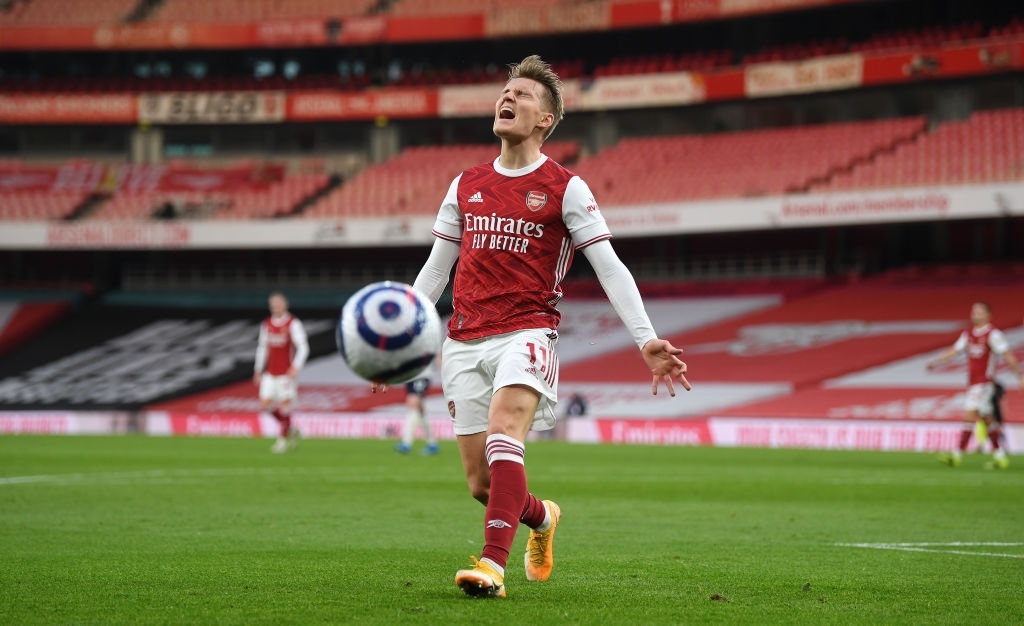 Martin Odegaard of Arsenal reacts to losing control of the ball during the Premier League match between Arsenal and Manchester City at Emirates Stadium on February 21, 2021. (Photo by Shaun Botterill/Getty Images)

How to Watch Manchester City vs Arsenal Live reddit streams?

If you are watching from the USA, you will need to tune to NBC TV or log in to the online platform Peacock Premium. For the UK fans, the Arsenal vs Man City match will be covered by BT Sport. However, if you want to watch the game online in the UK, BT Sports regular subscribers can enjoy it on their website or BT Sport app on iOS, Android devices as well as on tablets and laptops. 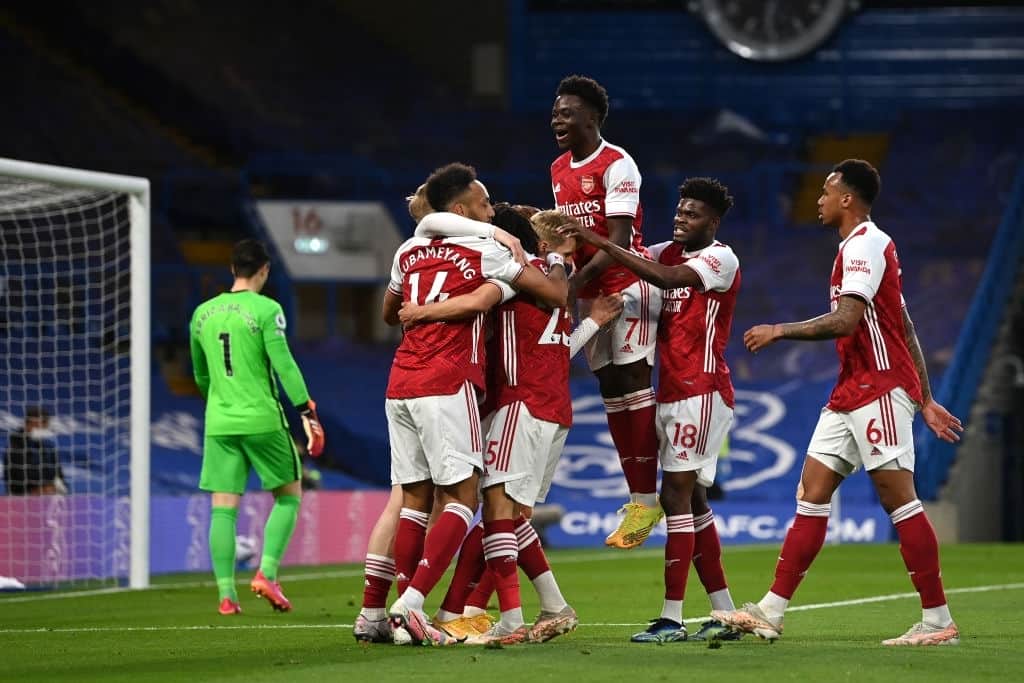 Bukayo Saka of Arsenal celebrates with team mates after Emile Smith Rowe scores during the Premier League match between Chelsea and Arsenal at Stamford Bridge on May 12, 2021 in London

Although both teams have had a shaky start, City already got their first win of the season, while the Gunners are still struggling. But, Arsenal’s win against West Brom at the EFL Cup championship will certainly boost their confidence. But, keeping in mind Arsenal’s unsuccessful rate at the Etihad, we are positive about the City.

So, Manchester City should take all three points today with a 3-1 win. 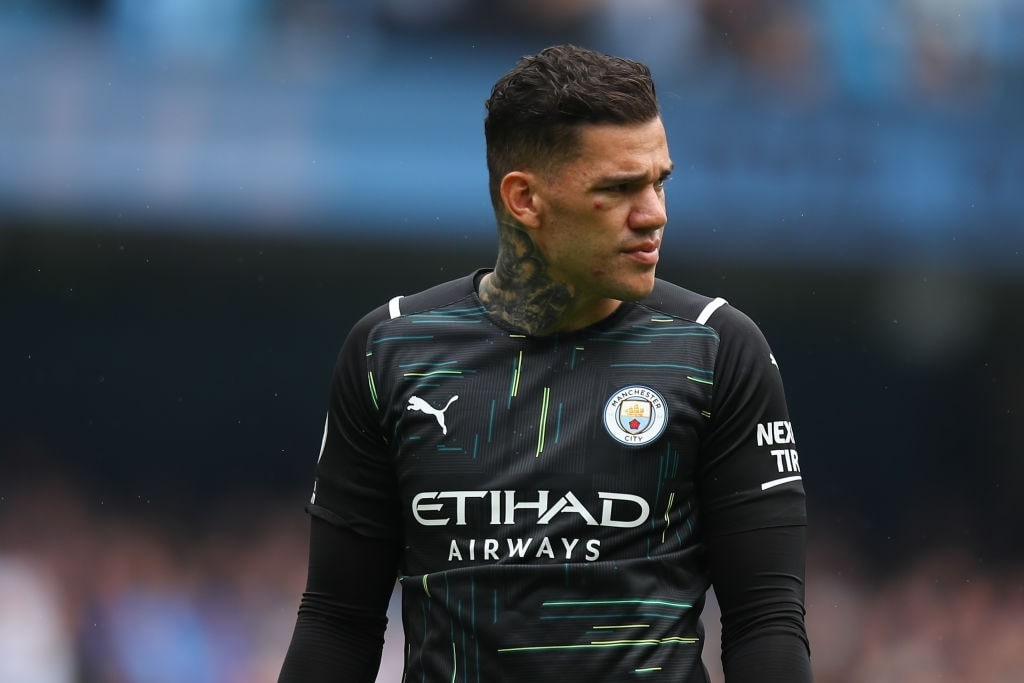 Ederson of Manchester City during the Premier League match between Manchester City and Norwich City at Etihad Stadium on August 21, 2021 in Manchester, England. (Photo by Robbie Jay Barratt – AMA/Getty Images)

This is bad news for Man City, and they will be heading to another week of Premier League without Kevin De Bruyne. He is still facing problems due to the ankle injury that started in Euro 2020. Midfielder Phil Foden will also be out of the team due to injury and is expected to return after an international break.

Arsenal, on the other hand, has good news as they have Bukayo Saka in the team. Ben White missed his last game due to Covid-19, but he could be joining the team today. Gabriel Magalhaes has joined the training camp, but Eddie Nketiah and Thomas Party will remain sidelined due to ankle injuries.