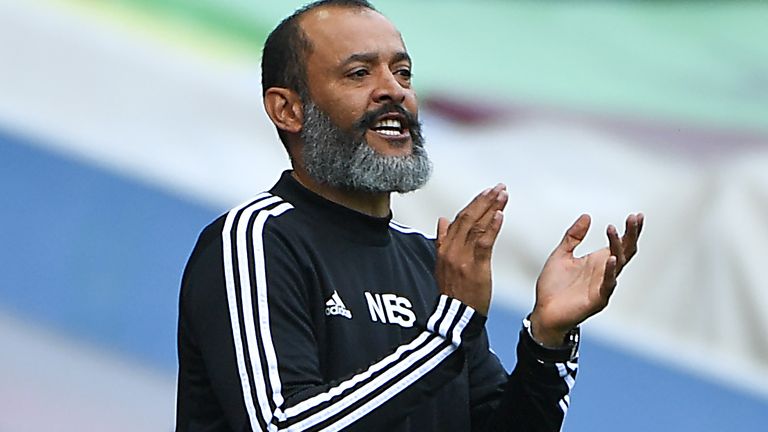 The Wolverhampton Wanderers have tied down manager Nuno Espirito Santo to a new 3-year contract in his role. The Portuguese 46-year-old was a much coveted manager in the offseason, but ultimately decided to stick with his current job. The Wolves finished 7th in the Premier League over the likes of Arsenal and Everton under his stewardship in this past EPL season.

A Champions League winner under Jose Mourinho with Porto as a player during his goalkeeping career, Nuno began his managerial career with Portuguese side Rio Ave. Nuno was relatively successful during his time in his homeland, which led to him being recruited by the faltering Valencia in the summer of 2014.

Nuno’s influence brought Valencia back into the top 4 with a robust 77 point total in 2014-15. He even won 3 Manager of the Month awards that year. But the stresses of Champions League football weighed heavy on the team in his second season, and he resigned midway through the 2015-16 season.

Former team Porto recruited Nuno on a 2-year deal in 2016. But he was fired after a trophyless season for the Portuguese giants, who are not used to such campaigns. It didn’t take long for Wolves to take him into their fold, given their long and fruitless battle to get back up to the Premier League level.

In his very first season at the Molineux, Nuno took his side to the Championship trophy with 2 games to spare. This earned him a one-year contract extension to his 3-year deal till 2021. Nuno has since then led the Wolves to 7th placed finishes in 2 straight campaigns, beating many teams with deeper pockets and investment.

Although they are not playing European football this season (they were in the Europa League last season), the Wolves will be elated at the prospect of retaining an elite coach who has brought the best out of their talent. The likes of Adama Traore have flourished under his tutelage.