The Woman Behind Vince McMahon Affair 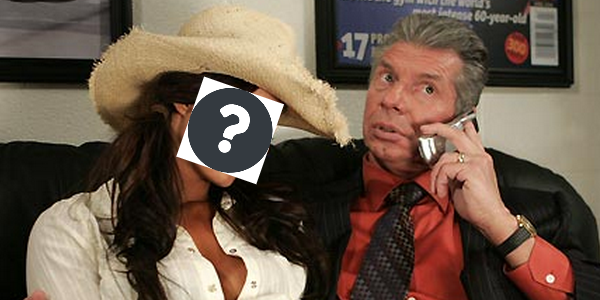 WWE owner and chairman Vince McMahon has been a very controversial character for most of his career. He has had allegations of sexual assault, steroid abuse, screw jobs, and cheating! Vinny Mac once openly admitted on a live radio show that he continually cheated on his wife, Linda McMahon.

Furthermore, he had very on-screen and public affairs with WWE divas such as the likes of Kaitlyn, Melina Perez, Summer Rae, Kelly Kelly, and Eva Torres just to name a few. It is common knowledge at this point that the McMahon patriarch is prone to infidelity and scandalous affairs!

According to the Wall Street Journal, Vince McMahon is paying women 200 bands to have sex with him and then passing them off to Johnny Ace??? Then he’s paying them even more and putting them under non-disclosure agreements???? It’s nasty over there in Stamford. pic.twitter.com/3ecTOEsmMb

The 76-year old has not differed from his old ways in spite of his advanced age! He has given birth to another outrageous scandal this time around, dating a female employee and paying her hush money to keep quiet!

The WWE board is investigating McMahon’s actions and this could spell trouble for the billionaire if found guilty. The woman in question was a paralegal hired by the WWE. She apparently began a consensual sexual relationship with McMahon.

The chairman increased her initial salary after their relationship began. Things were going well for them until the day Vince “gave her away” to WWE head of talent relations John Laurinaitis. This spooked the woman and prompted her to quit her job.

The investigation was prompted by a series of emails that were sent to the WWE board from an anonymous account claiming to be a friend of the victim. The woman in question was not a WWE superstar as many had speculated, but instead was a part of the backroom staff.