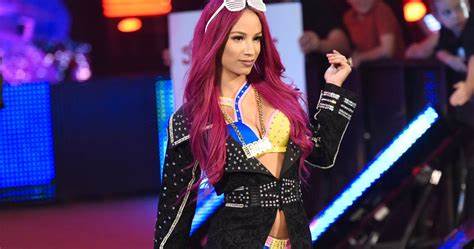 In an interview on Kevin Hart’s show “Cold as Balls”, WWE superstar Sasha Banks has revealed that she is the first cousin of rapper Snoop Dogg.

Sasha Banks is one of the most popular athletes in the WWE. In fact, in 2021, she was the third most tweeted about female athlete in the world. She has held multiple championships in the WWE, as well as in other professional wrestling promotions.

Although she is very famous in the community, not much is known about her family. Speaking on Kevin Hart’s “Cold As Balls”, Sasha revealed a her familial ties with someone very famous yet unexpected,” People will know that Snoop Dogg is my first cousin. He is the greatest. He has taught me so much along the way about the entertainment world.” 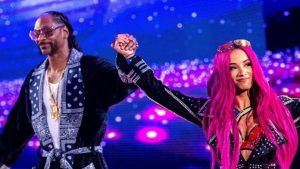 Banks also recalled how Snoop Dogg paved the way for her WWE career, ” I remember going to WrestleMania with him at 16 years old. I told this is what I wanna do, this is where I wanna be.”

Banks also revealed that she is related to Brandy Norwood and Ray J. Along with Snoop Dogg, they are all cousins.

The very popular banks has had an amazing career so far. She joined WWE in 2012, and was promoted to the main roster in 2015. Ever since joining WWE, she has held the RAW women’s championship 5 times. Along with Charlotte Flair, she is one of the first women to participate in Hell In A Cell. She is also a holder of the inaugural Women’s tag Team Championship along with her former partner Bailey.