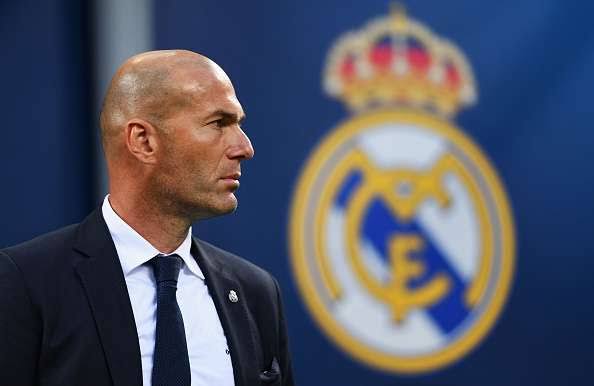 163 days have passed since the two European giants met in the UCL round of 16 ties. Since then, so many changes came in the teams. Some players made their ways in both teams while some went out. A few caught injuries as well.

The only thing that didn’t change in these five months is the vibe of such a classic match. It surely can’t be. Who wouldn’t love to witness the royal battle of two masterclass coaches? The former Premier League champions have Pep Guardiola in their dugout whereas the current La Liga champions have Zinedine Zidane.

But who would come out on top in this match?

Obviously when you talk about Pep Guardiola, you simply can’t deny what a techtician he has been for his teams over the decade. Wherever he went as a coach, he achieved plenty of domestic success as a coach.

But the only disappointment of his career is not being able to clinch the crown of the Champions League since 2011. After arriving in Man City, he had the same vision as what he had earlier in his career. But every time, he failed to achieve what his main target was actually.

On the other hand, if you look at Zinedine Zidane, you can see a calm headed coach who is often considered lucky as a coach for his three Champions League triumph in a row.

Obviously, he had some world-class players in his team then. But there were also so many legendary football teams who couldn’t win the honorable trophy just because someone couldn’t guide them to implement on the field according to their caliber.

But when Zidane is there standing on the dugout giving instructions to his players, you can feel relieved. The only reason is that the Frenchman has earned respect not only for his achievements but also for having a supreme man-management ability. One trophy per 19 games tells the story of this man’s legacy as a football manager.

Zinedine Zidane has won a trophy once every 19 games in charge of Real Madrid on average.

But this time, it can be challenging for him indeed. He already lost Sergio Ramos for the 2nd leg, probably the most vital player of the team. In addition, his trump card Eden Hazard is still not fully fit to start the match, reports from sources said.

When you start a match with a 1-2 trail, and that too without two of your key players, it is surely difficult. Then again, you are in a dilemma whether you start Marcelo to make some goal-scoring chances or rather pick Ferland Mendy to ensure your team doesn’t concede in such a troublesome situation.

On the other hand, Guardiola would love to face Zidane now. No wonder, he has also some deep concerns about the defensive vulnerability of his team what is giving him some hard time.

Both Stones and Otamendi failed to earn his trust. Laporte had not been in good touch for picking injuries off and on. Garcia wants to go back to his parent club. In that case, the only option left for the 49-year-old is Fernandinho. Maybe, the Brazilian again have to pair up with Laporte for the sake of his team.

Even after that, his attacking options obviously give him a major boost. And also, when you have someone like Kevin De Bruyne in your team, you can just sit on the dugout as the coach and enjoy his karishma on the field.

It’s true that the absence of Sergio Aguero is upsetting for Guardiola. Then again, he also has Gabriel Jesus to fill the void of the Argentine.

But even in such a situation, you simply can’t count out Zidane. There have been a major change in his team in the post-lockdown period. Who would have thought the team who was 2 points behind their rivals FC Barcelona before the season stopped for the pandemic, will win the domestic trophy with 5 points lead? To be frank, no one did. 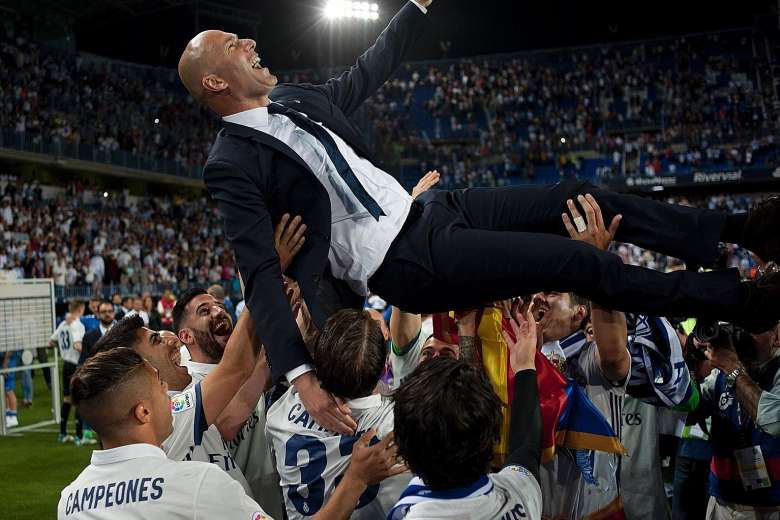 But the Frenchman surely did. That’s how he renovated the team in that phase. He knew he had no more that guy in the left flank who can give him 50 goals in a season. Yes, I am talking about Cristiano Ronaldo.

So what can be the solution? He changed the defensive structure of his team. He made the defense more compact and solid. Now look at Real Madrid’s performance since La Liga resumed.

The team conceded only 6 goals in 11 matches. Also, in Europe’s top five leagues, Real Madrid have the most successful defensive record with allowing only 25 goals to go to their net from the opponents only. So when you concede such less amount of goals, it’s not necessary you have to score 4-5 goals in every match.

That’s how Zidane brings out the best solution for his team whenever required. His observation of the game is top-notch which makes him identical from other coaches.

He believes in structure and security and implements them to bring out the best of his players. Many might not agree with his philosophy. But Zidane does not have any concern about that as long as he proves his philosophy heavily effective to achieve success.