10 greatest Barcelona managers of all time 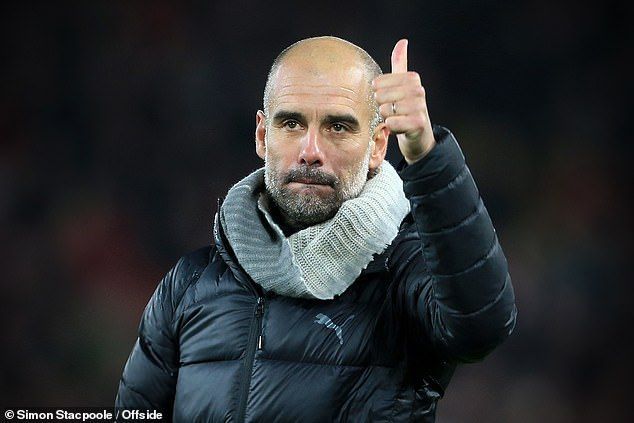 When it comes to rating the biggest football clubs on the planet at the moment, there is no way Catalan giants, FC Barcelona can be left off the list. The La Liga champions aren’t just one of football’s powerhouses right now, they are also one of the greatest and most historic clubs the sport has witnessed.

Barca has been providing us with some of the finest midfielders, unbeatable defenders and unstoppable attackers over the years who stepped into the limelight and took the football world by storm with their unbelievable performances and amazing characteristics on the field of play.

However, there is a peculiar category of legends that don’t often get much of the attention – the managers. Behind every team, there is a manager who works the magic from the dugout. Barca’s success over the years owes a lot to the men of honor that rallied the troops and inspired them to make history. Below, we present to you the top 10 Barca managers of all-time.

Let’s start the list with one of the few Barcelona managers who didn’t have the opportunity to stay at Camp Nou for long but still managed to win the hearts of people during their short stints. Laureano Ruiz served a brief spell as an FC Barcelona coach in 1976.

His love for the beautiful game was without question as he helped to impact some core standards in the team but he was unfortunate that results didn’t favor him. Hence, he was just used as a transitional figure between the two stints of Marinus Michels but he still has the love of many.

One of the very few managers to coach the club on two different occasions, Louis Van Gaal finds himself among the greatest managers in FC Barcelona history. He had his first stint with the club between 1997 and 2000 and had his second between 2002 and 2003.

The Dutchman was able to deliver a lot of trophies for the club despite facing a lot of difficulties when he arrived at Camp Nou. Under Van Gaal, Barca won the La Liga title, the Copa Del Rey trophy, and the European Super Cup in the first year.

The Catalans won La Liga in his second season as in charge but were quite unfortunate to finish without trophies his third. Van Gaal resigned as the club’s manager in the year 2000 only to return to the position just two years later.

However, his return wasn’t a prolific one as he claimed just six victories, eight defeats and drew five of his 19 matches. Consequently, he was forced to quit as Barca manager in 2003.

Udo Lattek was the Barcelona manager between 1981 to 1983. He made a famous move to Camp Nou following an impressive stint with Bayern Munich in the German Bundesliga. But, unfortunately, he wasn’t able to replicate that level of success in his time in Catalonia.

In his first year as Barca manager, the Blaugrana topped the la Liga table at the beginning phase of the campaign. However, the end of the season was marked with an embarrassing defeat to Real Sociedad. Things went from bad to worse for Lattek when Diego Maradona joined the club in his second season.

The mega signing couldn’t help to turn the situation around. After Barca lost an encounter with Racing Santander, the manager was shown the exit door from the Nou Camp. Yet, he is still loved by many in Catalonia and well-regarded by the fans

This is another manager who also had the opportunity to serve as Barcelona manager on two separate occasions. Marinus Michels managed os Blaugrana from 1971 to 1975 and returned to the dugout to serve again from 1976 to 1978. During his first tenure, the Catalans defeated Leeds United in the Fairs Cup in what ended up being the club’s only victory.

Michels was able to claim a trophy in his second season but endured a dry spell during the 1974-1975 campaign. Though a very strict manager who wanted perfection, Michels didn’t earn the result to win the hearts of Barca chiefs and was consequently sent packing from the club following a lot of unconvincing performances.

Meanwhile, Michels returned on a brief spell to coach the club for two years that last between 1776 and 1978. He left after helping the club to win the Copa Del Rey trophy.

This is one of the managers on the list who had a very short spell at Camp Nou. Luis Aragones was the manager of Barca between 1987 to 1988. He took charge of the club at a time when the players demonstrated their displeasure against the then president, Josep Lluis Nunez.

The manager gave his players his support as they opposed Nunez. This led to a lot of issues within the board and several clashes between high-profile figures at the cub. Aragones didn’t enjoy a very successful spell in Catalonia.

His time in charge was marred by several controversies that did not allow the team to flourish. He wasn’t able to deliver impressive results and was forced to resign. But, he remains an iconic figure to some at the club for the role he played in the resistance movement against the president.

When Frank Rijkaard was made Barca manager in 2003, several of the club’s fans didn’t welcome the idea. However, after Rijkaard signed Ronaldinho from Paris Saint Germain, the club grew in strength and finished second on the La Liga table in his debut season.

From then henceforth, the Dutchman guided Los Blaugrana to one of their most successful eras where they won 2 La Liga title, a Champions League crown and 2 Spanish Supercups. He also made some fantastic signings during his time at Camp Nou with the likes of Samuel Eto’o, Deco and Guly all joining in his tenure and he even became the first Barcelona coach ever to win twice at Real Madrid’s Santiago Bernabeu stadium.

Rijkaard soon became a popular figure due to the beautiful attacking football his side played. One of the biggest decisions he made that will be remembered for long is granting Lionel Messi a chance to shine in the first team.

Ferdinand Daucik was a former player who managed several clubs in La Liga, but he enjoyed his best spell while he was in charge of Barca. The late Slovak owes his appointment as Los Blaugrana manager to his brother-in-law, Ladislao Kubala, a legend of the club and also the former record goalscorer before Lionel Messi overtook him.

Kubala was spotted while he was representing Hungaria (an amateur team made up of refugees and coached by Daucik), by Barca’s chief scout and as part of the deal to lure him to Camp Nou, it was agreed that Daucik would become the manager of the club.

It later ended up as a huge masterstroke. Daucik enjoyed a successful spell, guiding the club to one of its most successful periods where they won consecutive La Liga titles and also the Copa Rel Rey in 1952 and 1953.

The manager left Barcelona at the expiration of his contract in 1954, following clashes with several players, but departed the Nou Camp with eight trophies in his bag namely; 2 La Liga titles, 3 Copa del Rey trophies, 2 Copa Eva Duarte and 1 Latin Cup.

After leaving the Catalan giants, Daucik went on to manage several other La Liga teams including Sevilla, Atletico Madrid, Real Betis, and Athletic Bilbao. He won another double with the latter in 1956. He also managed other clubs outside Spain, with FC Porto being one of them.

Spanish tactician, Luis Enrique sent shockwaves across the football world when he revealed his decision to quit as Barcelona manager at the end of the 2016/2017 season. He remains one of the greatest managers in the club history and he won a whopping 8 trophies out of the 10 he compete for during his three-year stint, including a historic treble in 2015.

The manager continues to enjoy a reputation as one the man who assembled arguably the most fearsome attacking trio in football history when he lined up Lionel Messi, Neymar Junior, and Luis Suarez together in Los Blaugrana’s attack. Luis Enrique won a stunning five trophies in his debut season and was able to follow it up with an incredible domestic double in his second.

Following criticisms over his playing style and a few clashes with top players, Enrique decided to call time on his Barca career in 2017 but his trophy haul has earned him a place among the most successful managers in the club’s history.​

A well-known name to Cules around the globe, Pep Guardiola remains the most successful manager in Barcelona history. He revolutionized the way football was played and brought the famous tiki-taka system which became popular with the club and was very beautiful to watch and equally effective.

The Spaniard is recognized for bringing the best out of the club’s current captain, Lionel Messi, who won the Ballon d’Or in four consecutive years under his guidance. Guardiola is a very bold manager without fear of taking serious decisions. That can be seen in his decision to let go of many high-profile players such as Ronaldinho, Samuel Eto, and Zlatan Ibrahimovic.

A very successful coach, Guardiola won an incredible 14 trophies during his 4 years in charge of the club, including 2 UEFA Champions League crowns, 3 La Liga titles and a host of other trophies domestically, in Europe and across the world.

Guardiola was more than just a tactician, he brought his philosophy and reached the top with plenty of La Masia graduates including Lionel Messi, Xavi Hernandez, Andres Iniesta, Sergio Busquets, and Gerard Pique. His team that beat Manchester United in the 2011 Champions League final is arguably the greatest team to have played football.​

Whenever this name is mentioned, the first thing that comes to mind is that it belongs to one of the greatest footballers the world has ever witnessed. However, it doesn’t end there as Johan Cruyff also ranks among the most iconic managers in the long and illustrious history of the sport.

The Dutchman stormed the universe during the peak years of his playing career running riot and stealing the attention of football fans with his impressive talent. Cruyff played for Barcelona and enjoyed a highly successful career at Camp Nou, leading Los Blaugrana to claim many titles and helping the club to disrupt Real Madrid’s domestic dominance before eventually retiring after his playing exploits.

He returned as Barca coach and led the Catalans to claim their first European crown with his famous “Dream Team”. Barca’s academy, La Masia progressed under his stint and he left fantastic impacts that make him one of the greatest icons in the club history.