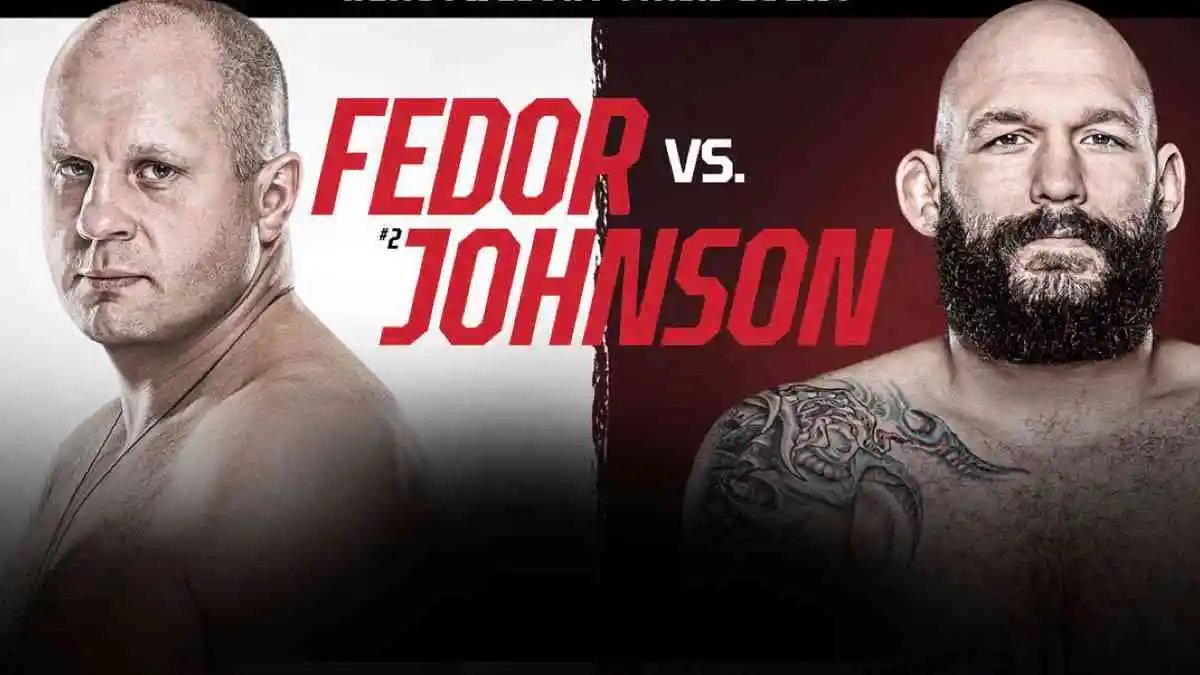 The 45-year-old well experienced player Emelianenko previously announced that he will fight one more time to continue his farewell tour. And this time he wishes to fight a younger fighter and he picks Johnson. Therefore, Timothy Johnson will be stepping into the most significant fight of his career, coming off a loss over Valentin Moldavsky in a Bellator interim heavyweight title fight at Bellator 261.

Although Emelianenko is old enough to fight a top-level young fighter, he doesn’t care about the result. On the other hand, Johnson had three winning streaks before he lost to Moldavsky.

Here is everything you need to know about Bellator 269 Emelianenko vs Johnson live streaming.

Since, it is not a title fight, the fighters cannot expect a huge amount of purse at Bellator 269. However, the payout for the bouts is not public. So, we will give an estimation of the Emelianenko vs Johnson fight purse based on their earnings from the past fights.

Although Emelianenko is returning after two years, still he will earn more money than Timothy Johnson. As per report, Emelianenko is expected to earn $300,000. On the other hand, Johnson will earn approximately $66,000 guaranteed. However, this is not disclosed. It is an estimation by the experts published in several news and media. Hence, we will update the amount if Bellator disclose the earnings.

Bellator has undisclosed contracts with the fighters. Hence, they don’t publish the payment clauses frequently.