Bellator 269 Predictions: Fedor vs Johnson – What are your Bets, Odds & Picks?

Closing out with a bang, Bellator will have one final event in October in Russia. Moving forward from the Light Heavyweight WGP Semifinals, fight fans will have high expectations from this one. As such, Let’s check out what’s in store for us along with our Bellator 269: Fedor vs Johnson predictions.

The legend Fedor Emelianenko marks his return against #ranked Timothy Johnson in the main event. In addition to that, we have Vitaly Minakov facing Said Sowma in the co-main event of the night. Moreover, we will be seeing Usman Nurmagomedov vs Patrik Pietilä and Anatoly Tokov vs Sharaf Davlatmurodov making up the rest of the main card.

Focussing on the main event, we will once again witness “The Last Emperor” Fedor take to the cage. According to his contract, this will be Fedor’s second last bout on his current contract. As such, this fight becomes a must-win for Fedor, or else the 45-year-old could finally be heading towards his retirement. 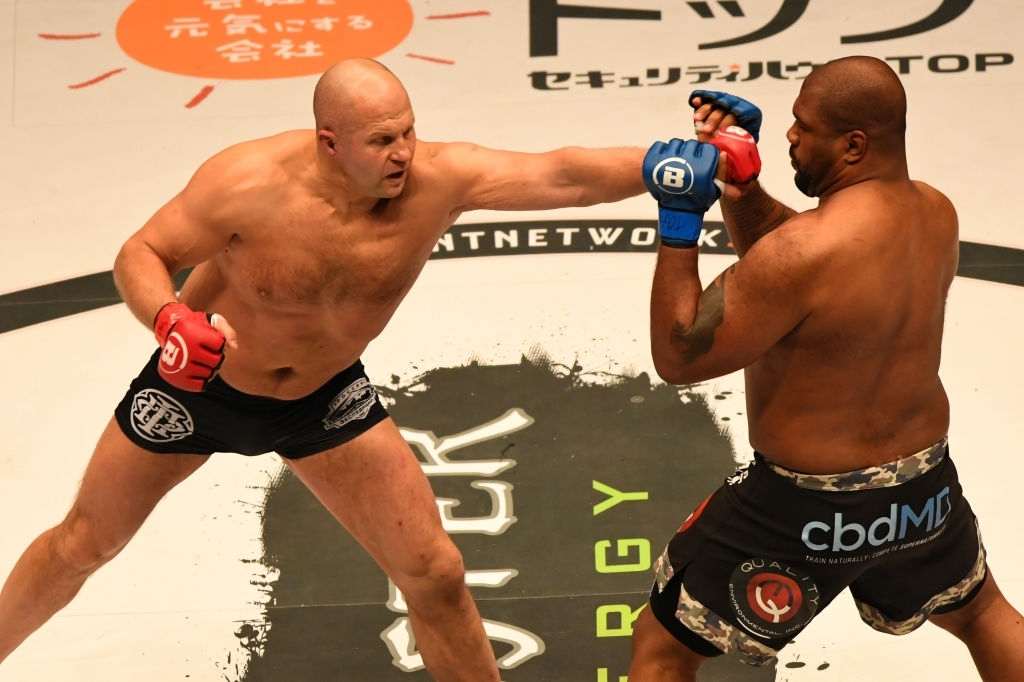 For some fighters, it’s their last chance saloon, whilst for others, it is a chance to prove their mettle on the big stage. Either way, all of these fighters will look to give their all. Moreover, the promise of good money, respect, and pride should be enough motivation for all the fighters to do well.

Naturally, a high-stakes occasion such as this is bound to get attention from gamblers and casino players alike. As such, you can check out these Bank transfer casinos, which are secure and trustworthy ways to deposit and withdraw larger sums of money. Although it may not be a very popular or renowned method, it is one of the safest and most reliable ways of funding your casino account. So what are you waiting for? Claim and your welcome bonus and start playing your favorite games now!

Odds via Sportsbet.io. We don’t promote any kind of Gambling. Therefore, all decisions are up to you 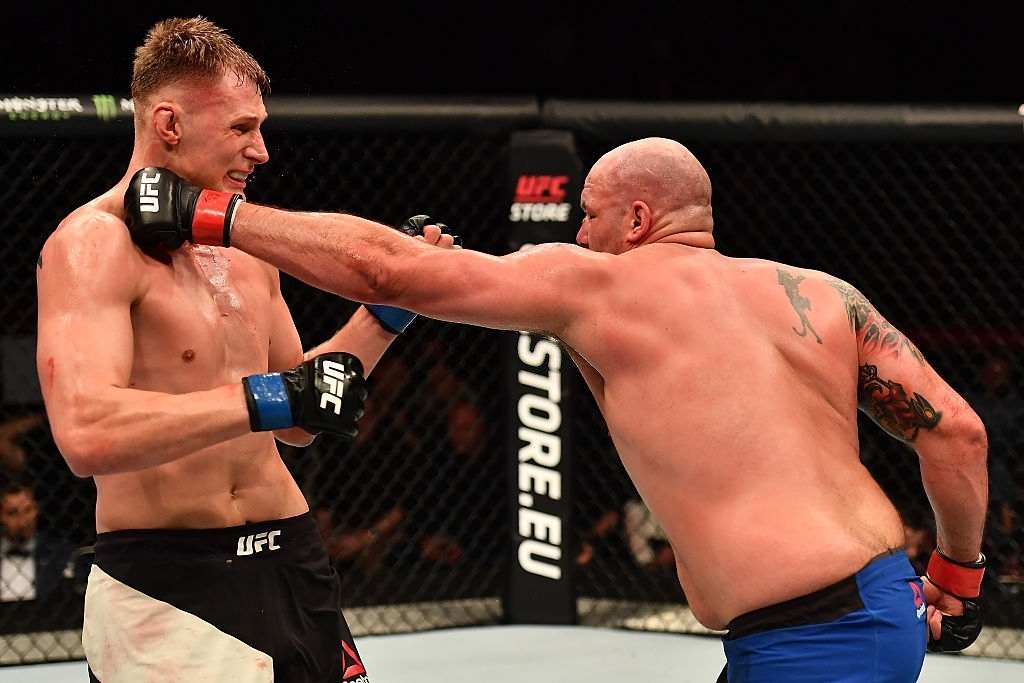 (R-L) Timothy Johnson punches Alexander Volkov of Russia in their heavyweight bout during the UFC Fight Night at the SSE Arena on November 19, 2016, in Belfast, Northern Ireland. ( Credits: Getty Images)

Making a return after nearly 2 years, this could be one of Fedor’s final outings. Now 45, Emelianenko cannot be expected to perform as he used to during the heyday of his career. In addition to that, he faces a heavyweight mainstay in #2 ranked Tim Johnson. With size and age both on the American’s side, it is no surprise he is the bookies’ favorite to win this fight. Unfortunately, we feel that Johnson will be able to win pretty comfortably and get Fedor out of the cage pretty quickly.

Coming into the fight, both fighters are 1-1 in Bellator. However, it is Vitaly Minakov’s second stint with Bellator after going 5-0 from 2012 to 2014. In addition to that, Minakov has gathered tremendous fight experience from promotions all around the world. Naturally, the experience and the record make Minakov an automatic favorite to win the fight. However, little is known of the newcomer Sowma and as such, could see him turn out to be a surprise package. 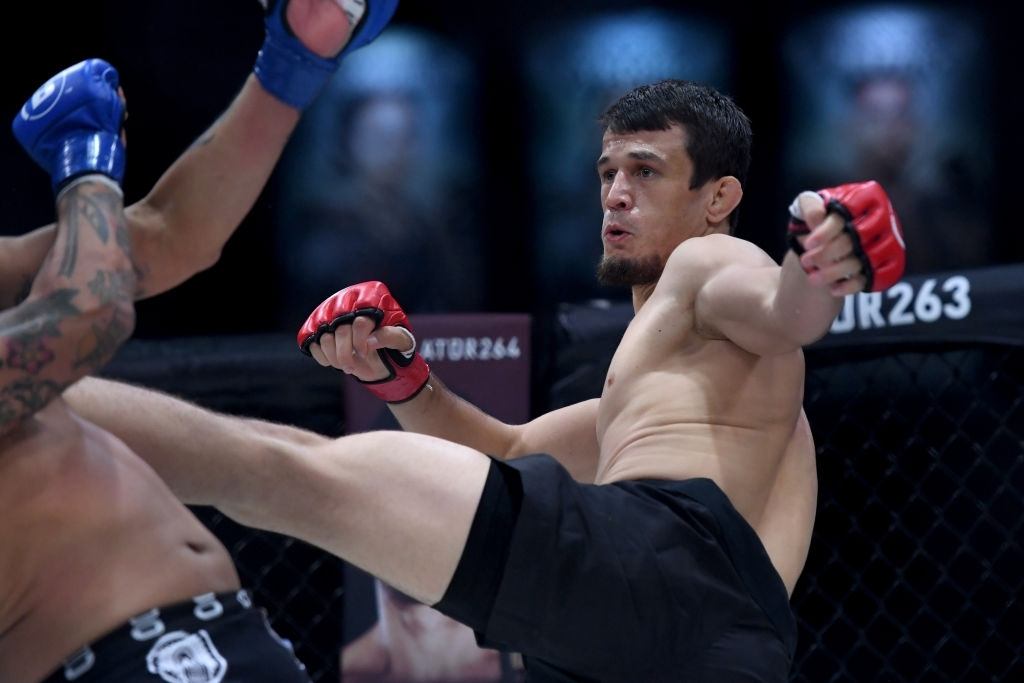 Next up, we have none other than the cousin of Khabib, Usman Nurmagomedov. Following in his brother’s footsteps, Usman has been fighting hard to build his perfect 13-0 MMA record. Moreover, with a champion like Khabib by his side, Usman will have all the guidance and tools he needs to succeed. According to the bookies, Usman is a massive favorite to win against Pietilä. For the most part, the Finnish fighter has failed to impress in any promotion and we don’t expect any drastic surprises any time soon.

In the first fight of the main card, middleweight mainstay Anatoly takes on newcomer Sharaf. Anatoly Tokov has had a very impressive career with dominant performances and a wide variety of finishes. Owing to those exact reasons, Tokov finds himself as a huge favorite for this fight. However, his opponent Davlatmurodov also seems to be a young, promising fighter. Although it can be said that the Tajikistani lacks experience, he will be extra determined to give his all for his Bellator debut.