One of the main reasons for Tyson Fury’s return to the ring is that this Englishman wants to fulfill his promise to fight Chisora; besides, the Gypsy King wanted to be the first boxer in boxing history to take part in a trilogy fight twice.

Fury is set to face Derek Chisora on December 3, 2022, at the Tottenham Hotspur Stadium to defend his WBC heavyweight title. In a recent interview, Fury discussed his return and claimed boxing without him was boring, which is why he decided to return.

In the same interview, he spoke out about his injuries. The English boxer considers that he has a lot left as a 34-year-old fighter, but his body is not supporting him that much; yet, he is still confident that he can take down anyone with his injured body.

“I’m pretty f***ed up with injuries. I’m like a car with half a million miles on it. My body’s worn out. I decided to come back cuz I was bored, basically. And I can still knock motherf***ers out and get paid to do it.” 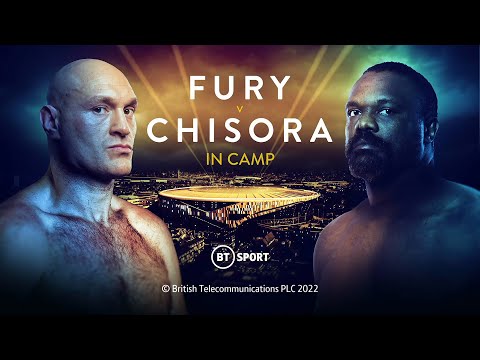 The Gypsy King gave little more detail about his injury, saying that his arms, elbows, shoulders, and back are not in good shape, but he will keep appearing until he is unable to punch anyone.

“My elbows are all f***ed up, both arms. I’ve been punching for so long, and my arms are f***ed, shoulders, back, everything. I can’t do what I used to be able to do. It’s paining me.  I’m just gonna keep punching until I can’t punch anymore. Hopefully down the line somewhere get an arm transplant or some s**t like that.”

👀 "I'm hearing @usykaa is going be ringside."@devsahni let's us in on a little secret that a certain Ukrainian Champion might be sitting ringside for @Tyson_Fury's fight this weekend 👑

Fury has an undefeated boxing record, with only one controversial draw in 33 professional boxing appearances. After the Chisora fight, there is a strong chance that the Gypsy King will be fighting Oleksander Usyk in March 2023 in Saudi Arabia.