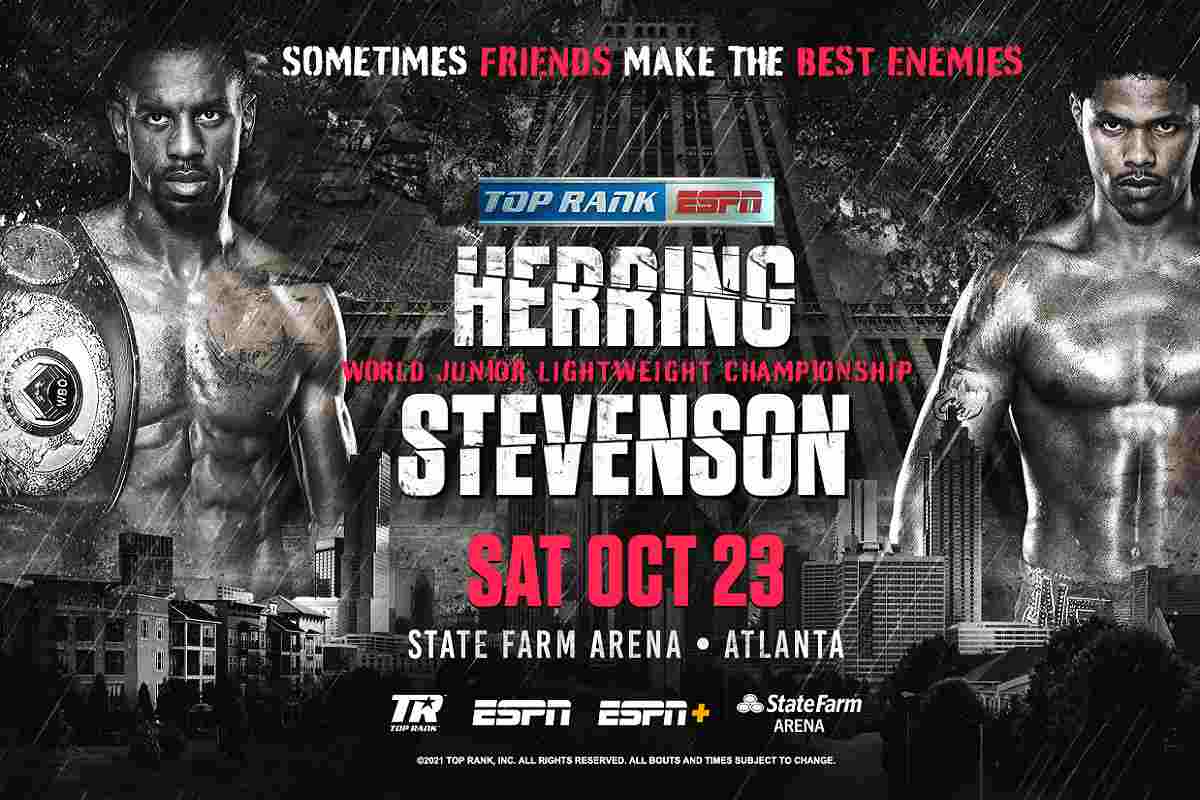 Current champ Herring had a commendable campaign in 2020. After overcoming a bout of COVID-19, Jamel (23-2, 11 KOs) closed out the year with victories over Jonathan Oquendo and Carl Frampton. Now, he faces a familiar face and a formidable foe in challenger in Stevenson (16-0, 8 KOs).

Shakur Stevenson is a former WBO featherweight world champion, who now seeks success at junior lightweight. For the most part, the 2016 U.S. Olympic silver medalist has made a flawless 3-0 start in the division, losing less than a handful of rounds combined. Moreover, Shakur is also a supposed “family friend” of Herring, bringing an interesting edge to this contest.

However, the 2012 U.S. Olympic boxing team captain Jamel sees the contest as just like any other. His acquaintance with Shakur will not be a ‘hindering’ factor according to WBO junior lightweight titleholder. Moreover, Herring is also a  U.S. Marine Corps veteran, meaning that he has experience dealing with serious situations.

Whilst the challenger, Shakur has taken up the role of instigator, his opponent Jamel has remained composed throughout. In addition to that, Herring possesses more experience and reach advantage over Shakur. However, Shakur is also known for his knockout power, finishing 50% of his fights by KO/TKO.

Herring vs  Stevenson Odds and Picks 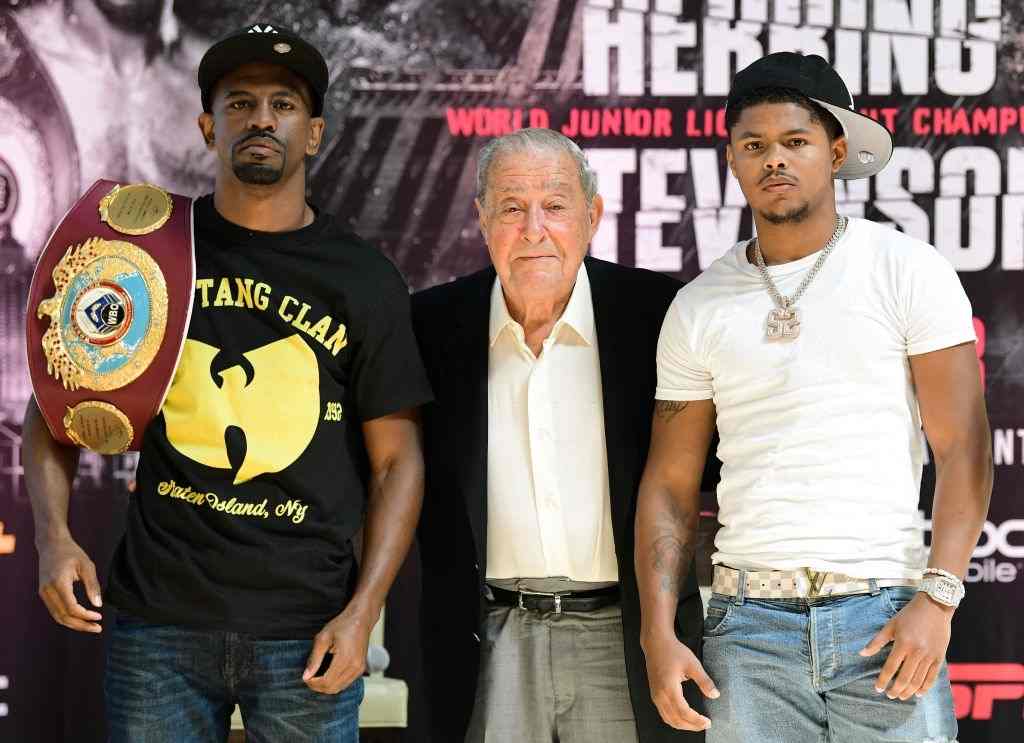 For the most part, this is a very serious fight, especially with the WBO junior lightweight title on the line. Moreover, both fighters will be hungry to prove their worth, secure the family bragging rights, and the title.

As the fight draws nearer, there are bound to be hotspots for casino lovers. However, you too can indulge in these games while sitting at home and trying out 1 Dollar deposit casinos. $1 deposit casinos are widespread, well-renowned, and very popular among beginners. Above all, these casinos embrace players of all budgets, making it comfortable and safe to play for real money. So it can be said, It is lucrative, exciting, and worth the risk.

Stevenson to win via Points or Decision: (-145) 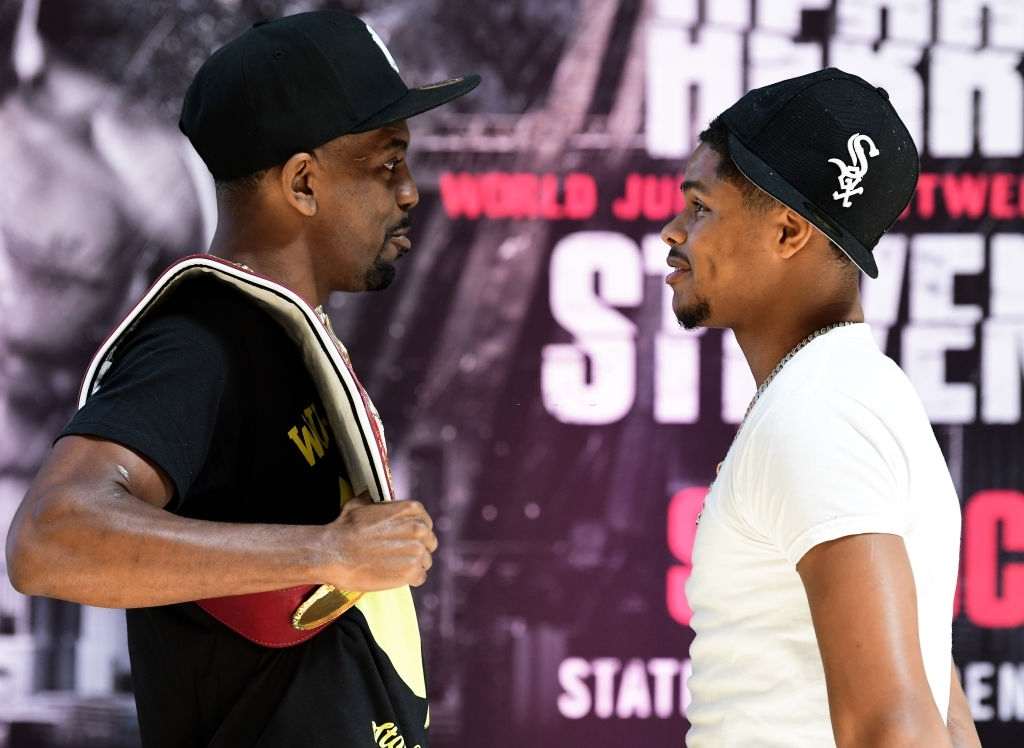 As the clock ticks on towards Oct 23, there are sure to be numerous predictions floating about. According to our research and fight knowledge, Shakur Stevenson is an early favorite. Shakur’s youth, agility, and hunger are all key factors that make him the bookies’ pick.

However, we all know that nothing is for certain in this sport. For this, we only need to look at Anthony Joshua vs Oleksandr Usyk wherein the British boxer lost, despite being the betting favorite. Moreover, Jamel is the champion and has the experience required to outwit an up-and-coming contender like Shakur.

Although Stevenson boasts a perfect 16-0 record, his opponent Jamel has also been in good form lately. As such, come Oct 23rd, Jamel Herring will either make a 4th-successive title defense or Shakur Stevenson will become the new WBO junior lightweight champion. As for our prediction, we are going against the bookies’ picks: Jamel Herring to win via Points or Decision.