Josep Maria Bartomeu: Can Barca secure a perfect replacement after his exit from the club? 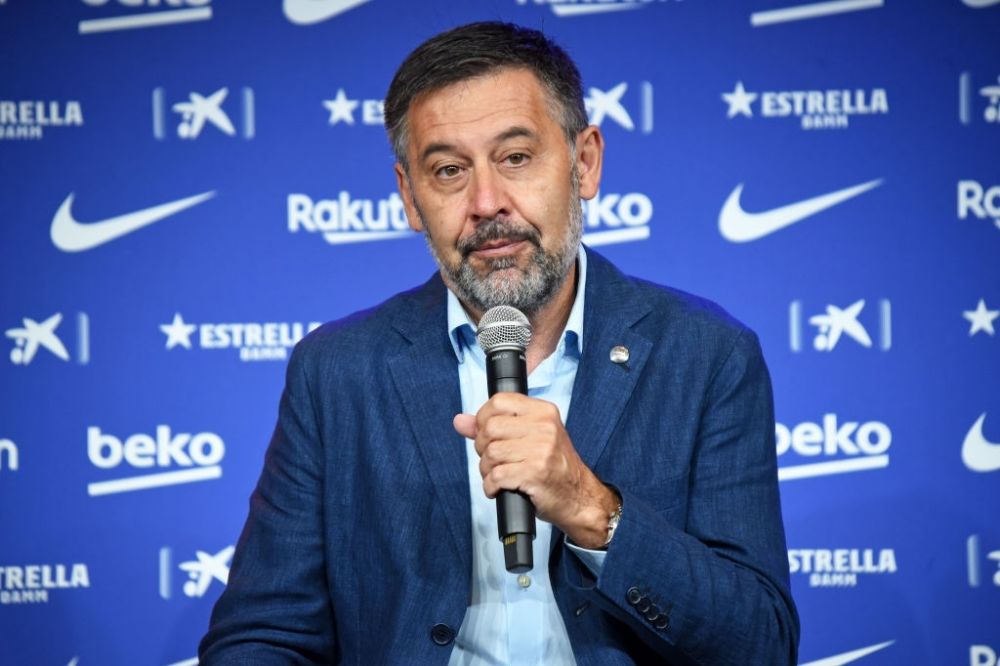 Days after being deemed as the ‘Biggest Villain’ in the ‘Leo Messi exit’ saga, Josep Maria Bartomeu has finally bid adieu to Barcelona. While serving as the club’s president for 6 long years, he was about to face a ‘ No Confidence’ vote from the Barca club members to decide on his future at the club.

It must be mentioned that apart from Bartomeu, the rest of the board of directors have also tendered their resignations.

Who’s going to head the club’s proceedings in Bartomeu’s absence?

According to sources, fresh elections will be scheduled within the next 90 days to choose a new club president. Also, an interim management board will take care of the day to day proceedings of the club until the new president and executive board get elected.

As per the recent official statement released by the club, Carles Tusquest has been named as the acting president of the club. He, along with the acting board of directors will oversee all the activities and functions of the club in the meantime.

Josep Maria Bartimeu opted to leave instead of facing the vote from the club’s members deciding his future. It must be mentioned that more than 20000 fans signed the petition for him to be leaving the club after the ‘Messi exit’ saga.

How Barcelona faired under his leadership?

Bartomeu has taken the club to greater horizons in his 6-year tenure as the club’s president. While names like Victor Font, Joan Laporta, and Jordi Roche are expected to replace him, whether or not they can bring along the same progress and growth to the club, is yet to be seen.

Josep Maria Bartomeu replaced the former club president Sandro Rosell during a time when the latter was facing a lawsuit accusing him to hide the real cost involved in Neymar’s transfer in 2014. It was under his leadership that Barca won the treble in the year 2015.

And yes, that was the same reason why he got re-elected as the club’s president for the next 6 years. However, in the wake of the recent controversies and disputes at the club, he saw a big drop in his popularity among the fans.

It was last year only when after 13 years, Barca went trophyless. Adding more salt to the wounds was the annual losses of 97 million Euros born by the club in the current financial year.

But still, it was his altercation with Club legend Leo Messi that came over as the final nail in the coffin for his good stature at the club. When Messi announced his exit from Barca, Bartomeu faced the wrath of fans for his silence on the matter.

Things went worst when Messi accused him of lying and ‘destroying’ the legacy of the club with his illogical decisions. Moreover, players like Pique accused the board of spending money on smear campaigns against the current and former legends at the club,

So, once Barca was knocked out of the champions league at the hands of Bayern Munich, this exit was right there on the cards.

Regardless of the fact that  Bartomeu was involved in some infamous feuds, he worked his best towards the growth and progression of the club all these years. So, finding a perfect replacement wouldn’t be that easy for the interim board members of the club.

Still, a club is known for its performance on the football pitch. So, whatever happened recently under Bartomeu’s leadership at the club, cannot be deemed as ‘satisfactory’ by any means.

Barcelona would be keen to find a perfect replacement for Josep Maria Bartomeu without any further delay. Still, we have to wait and watch as the club is expected to hold an election in the same respect within the next 90 days period.

Kane and Son combination: Can iconic duo fire Tottenham to glory?
Ole Gunnar Solskjaer: Is there hope for Manchester United manager to turn things around at Old Trafford?