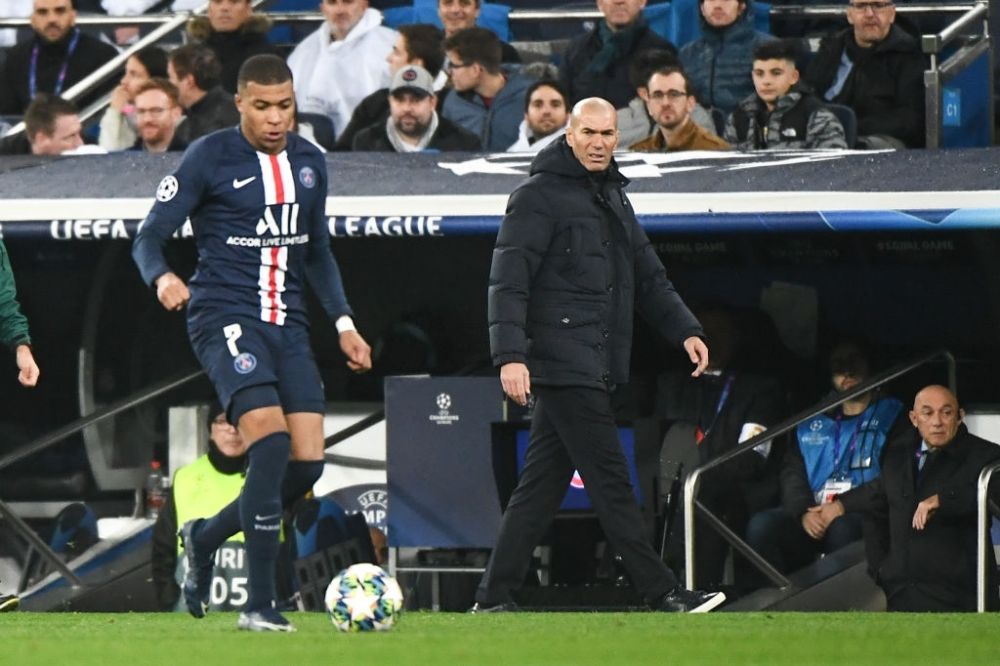 It is in the past now but no one can deny the fact that Real Madrid aren’t the same anymore without Cristiano Ronaldo. The Spanish giants went from winning the Champions League for three consecutive years to failing to reach the semifinals of the tournament in each of the last two seasons following the departure of the Portuguese talisman. So, as the solutio, is Madrid to snatch Mbappe from Paris Saint-Germain?

Eden Hazard was signed to fill in the boots of Ronaldo but the Belgian doesn’t even look like he will ever stand a chance to make an impact at the Santiago Bernabeu. With just one goal to his name since he switched to the Spanish capital, the ex-Chelsea attacker has been nothing short of disappointing wearing the Los Blancos jersey.

There was nothing the Belgian could do to save Zinedine Zidane’s side from an embarrassing elimination from the Champions League at the hands of Olympique Lyon last season. In the preceding campaign, they were humiliated by Ajax. The future doesn’t even look great. They’ve entered the tournament on an embarrassing note this term as they lost to Shakhtar Donetsk 3-2 at home.

Fans are frustrated and Madrid to sanction big signing

At the moment, the fans can’t hide their frustration. They need a saviour and they’re making it known. The club appears to be dancing to the tunes of their music and they’ve set their sights on the transfer market once again to find that saviour.

According to rumours, Real Madrid are already setting their sight on Paris Saint-Germain attacker Kylian Mbappe, who has been on their shortlist for quite some time now. In fact, it is claimed by many that the player also adores the Spanish giants and would love to wear the white jersey sometime in his career. Therefore, Madrid to snatch Mbappe from the French giants isn’t something impossible.

Can Mbappe fill his idol Ronaldo’s place at Bernabeu?

Without doubts, Mbappe would be a great addition to the current Real Madrid side. His immense pace, dribbling skills and technical abilities would improve the team significantly. Moreover, the Frenchman’s proficiency in front of goal and his ability to step up and decide the fate of big games single-handedly is what the Galacticos badly need at the moment.

With the two parties apparently full of admiration for each other, the question boils down to whether Paris Saint-Germain will allow their prized jewel to be snatched away from them. The Ligue 1 giants surely value Mbappe and hope he will be part of a bigger project at the Parc des Princes in the future. They’ve made the statement that he is not for sale several times. Can Real Madrid succeed in their attempt to prise the Frenchman away?

It’d be a herculean task given the situation on the ground but you never rule anything out in football. Los Blancos are known to attract players of the highest value and their ability to win the hearts of top superstars is without doubts. Hence, they surely have a chance.

Most importantly, when a player is truly interested in joining another club, there’s very little his present side can do to hold on to him. After all, no one wants to keep an unhappy player. In the case of Mbappe and Real Madrid, it might only be a matter of when and not if.

Is Everton the next big thing in the Premier League?
Ranking top 10 best players of EPL 2020/21 season so far