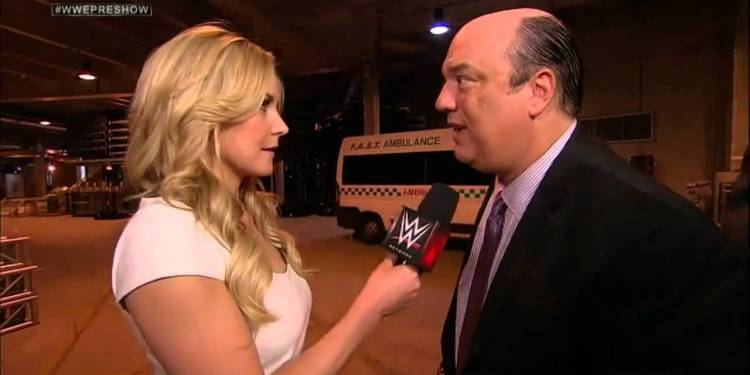 Renee Young has brought her eight-year tenure with the WWE to an end and with rumors having swirled about her future over the last one week. She appeared on the SummerSlam Kickoff pre-show and confirmed that she is leaving the company.

It is understood that she submitted her notice to the company just over a week ago but agreed to work through SummerSlam weekend.

The 34-year-old made a name for herself as a Television presenter in her native Canada, hosting wrestling shows and interviewing personalities in the business.

Young signed with WWE in October 2012 and she started out as a co-host for the Survivor Series pre-show before switching to exclusive interviews for the company from the next year.

She garnered praise for her work as co-host of the World Tour where she gave in-depth details of any city WWE was filming in and subsequently won a Slammy Award for favorite Web Show of the Year.

Young also worked as a color commentator for NXT and Superstars (alongside Todd Phillips), which made her the first full-time WWE female announcer in more than a decade. She also became the first woman in history to call an entire episode of Raw and was the first permanent female commentator on the program.

She was the host of the highly successful show Taking Smack which introduced fans to different sides of WWE Superstars and in the aftermath of Young’s departure, the company announced that they were bringing back the program, with Kayla Braxton and Xavier Woods serving as the new hosts of the show.

Renee Young is married to wrestler Jonathan Good, now known as AEW champion Jon Moxley (Dean Ambrose during his time with WWE) and there are speculations that she could head up to AEW to join her husband sometime in the future.

Her current strict ‘non-compete clause’ means that any wrestling-related work could be delayed for the time being and she could instead pursue other interests including writing cookbook, hosting her podcast, talkshows and comedy.