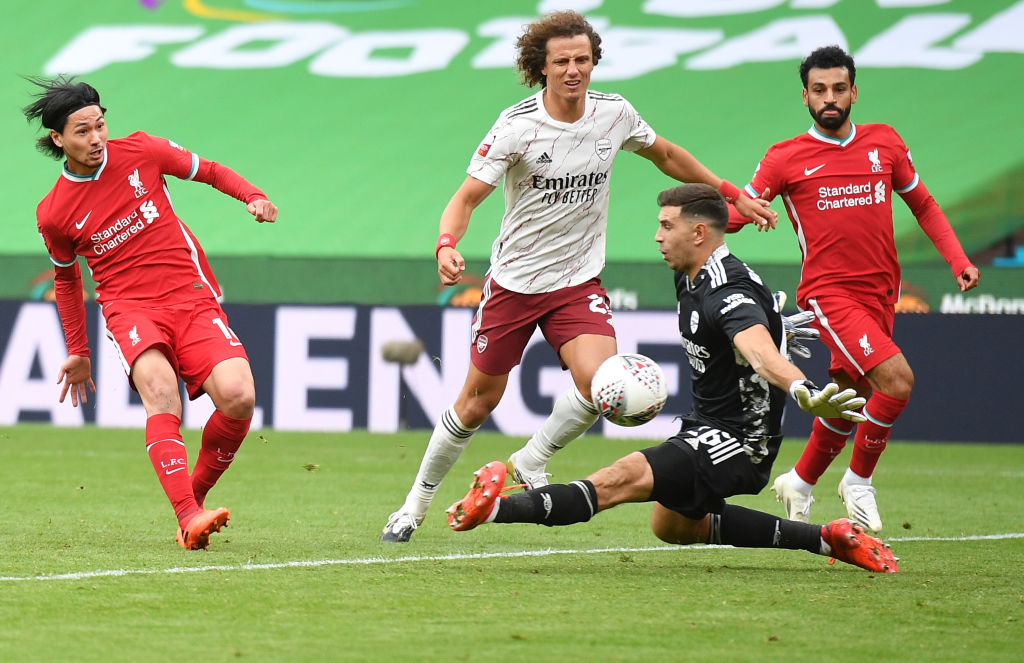 Takumi Minamino received applause from his manager as Liverpool’s January buy scored his first goal for the club in the Community Shield Final. His 73-rd minute strike leveled out the scoresheet for the EPL champs before losing out the match in penalty shootout.

FA Cup champion Arsenal faced Premier League champion Liverpool in the curtain raiser of English football season. After Pierre-Emerick Aubameyang scored the early opener for the Gunners, Minamino’s 6-yard shot called out Arsenal’s lead. After scores were tied at 1-1 during the regulation time, Arsenal had the last laugh with a 5-4 penalty shootout win.

In the post-match press interviews, Liverpool’s boss was full of compliments for the Japanese striker. He was particularly happy for Takumi Minamino opening his tally for the Reds. At the same time, the German is cautious and doesn’t want to put pressure on his players.

“It was big for him and big for us because it was the only thing he lacked since he is with us,” Klopp said. “He didn’t score a goal [before today], but had situations and was close in plenty of moments. That helped of course. The shape he is in is obviously good, I think everybody could see when he came on.”

“He can have an impact, that’s why we signed him. That’s easily said. I don’t want to put, after one or two really good performances in the pre-season, massive pressure on his shoulders that there’s absolutely no need for,” the 53-years old added.

Klopp also appreciated the 5 Substitute Rule EPL adopted last season. He is all in for continuing this new regulation in the upcoming season as well. “I think for getting in a good way through the season, for the sake of the football players and the performance levels, I think it would make sense. But I don’t make the decision.”

“I know the discussion will then go again of whether it is an advantage for the bigger clubs. Look, I don’t discuss it from that point of view, I don’t want to have an advantage in the competition or whatever”

“It is never about having an advantage; I saw it last season as well when we played in the last nine games of the season, I thought, ‘Oh, good, City bring on five players…not bad!’ But it is all about how we can get through this season and not who gets a little advantage here and there.”

Lionel Messi or Pierre-Emerick Aubameyang – Who is the real one-man army?
Xavi says ‘De Bruyne is the best midfielder in the world.’