This defeat is mine, says Real Madrid’s Varane after making two massive errors against Man City 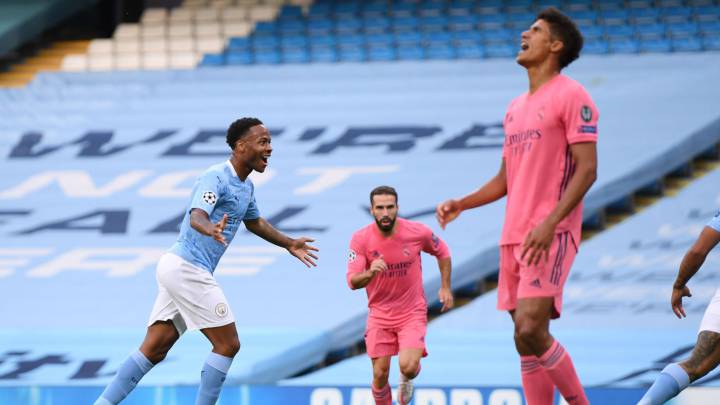 It was surely not a regular day for Raphael Varane in the white jersey. His back-to-back errors against Man City has spoiled the hope of Real Madrid winning the Champions League this season.

The tie was already in favor of Man City as they had a vital lead in hand after conquering Santiago Bernabeu in February.

But still, there was some hope for the Madridistas who believed in Zidane and the experience of his players playing at this level before.

But the Citizens outplayed them totally in all departments. Guardiola’s boys perfectly executed the plan of their 49-year-old manager.

On top of that, Varane made two blunders which heavily cost them. In the absence of their captain Sergio Ramos, who is also the heart of their defense, Varane had the responsibility to prove his worth. But he failed miserably to perform in such a crucial match.

The high press from Gabriel Jesus consistently made Varane uncomfortable during the whole game. As a result, once Jesus snatched the ball from him in the 9th minute. Then again in the 2nd half, his mistimed weak headed back pass didn’t reach their goalkeeper Thibout Courtois properly during the 68th minute of the match.

Citizens weren’t hanging there to make mistakes. Both Sterling and Jesus perfectly utilized the chances. Eventually, Benzema’s headed goal from Rodrygo in the first half didn’t come handy. Hence, Manchester City clinched the victory and got promoted to the quarter-final where they will face French club Lyon.

After the match, Varane admitted it was his mistake totally and he takes the blame.

“I wanted to come out and speak because this defeat is my fault and I have to accept that, the Frenchman said. “I’m sad for my teammates and the effort they’ve put in. I take my part of the responsibility for the defeat. We were doing well in the game and had prepared well for it. Mistakes are very costly at this level and I have no explanation for these errors”.

Varane also added, “They’re things that happen in football. It’s a tough night for me. We can’t be going over it in our minds. We gave our all out there and sometimes you make mistakes. Tonight I’ve made mistakes and have to accept that. Even when it was 1-1 we had chances to progress and ultimately things didn’t go our way”.

“Sometimes things go for you and other times they don’t and tonight things didn’t work out for me. I’ve got to accept that. I felt good out there and perhaps we took too many risks early out and really paid the price.” Varane said.

“There are no more explanations. Everyone knows I’m upset and I have to deal with that. It takes a lot of character to come back better and stronger. It’s going to be a tough night, I’m a competitor and we’ve lost and I made mistakes”.

Transfer Tales : Ole Gunnar puts up Lingard for sale
Mikel Arteta overruled by Arsenal board after disagreement with club board