Tom Brady Opens Up About Watching Jack as a Quarterback Like His Dad: ‘I Can Definitely Help Him’ 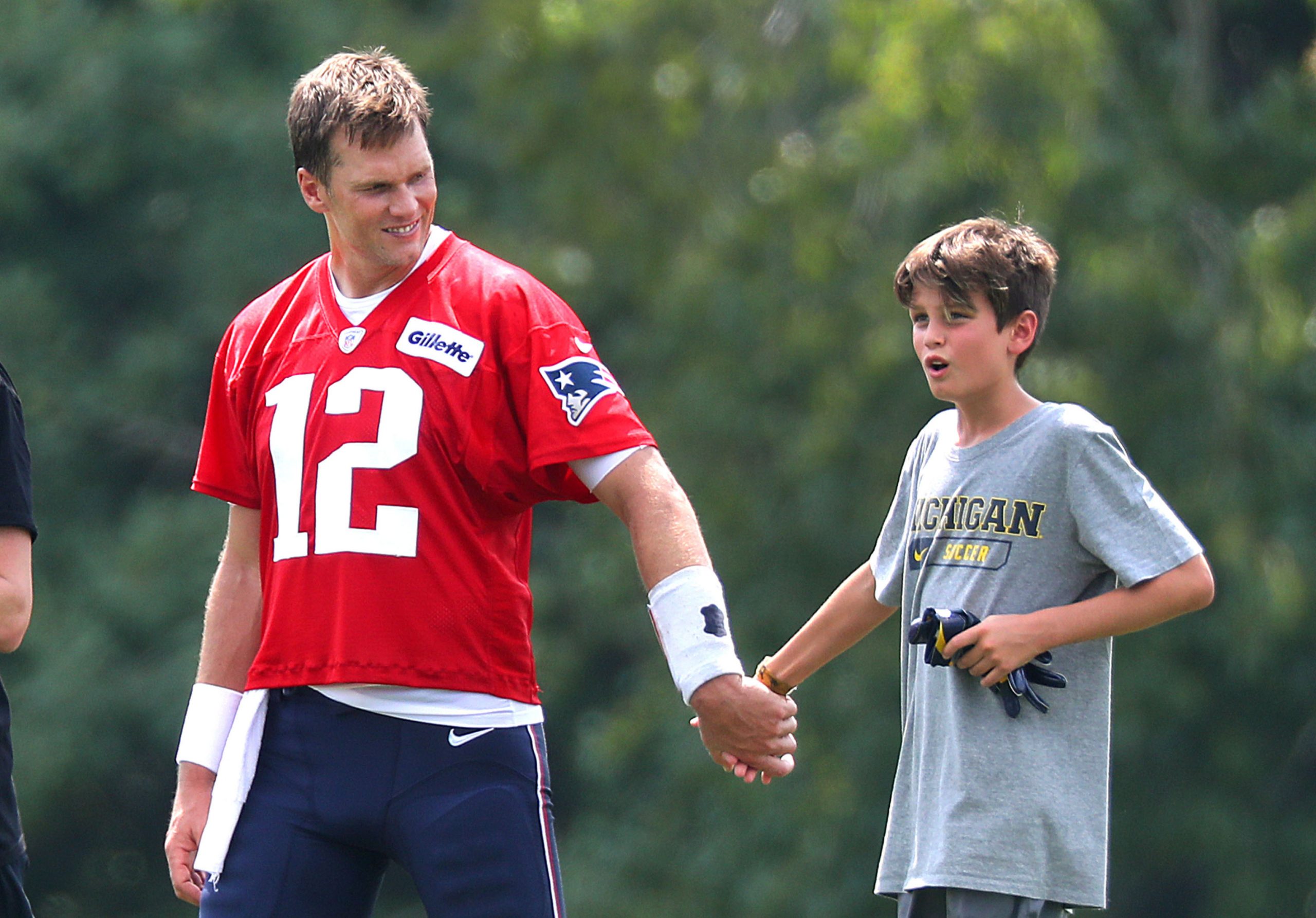 Amid all the hectic schedules of NFL, Tampa Bay Buccaneers’ Tom Brady took the time to cheer his first born John Edward (Jack) in a high school football match in NYC this Monday. The 45-year-old star player could hardly hold back his excitement since his teenage son took up the same field of interest as his father.

“I love watching him play quarterback, because I think there are very few things in life that I could probably help him with,” the NFL QB unraveled his delight to see son Jack on the ground in a recent interview.  Brady with his down-to-earth guise undertook: “I don’t have a lot of specialties in life other than probably throwing the football. He’s way smarter. He’s got a great work ethic. He’s just a great kid. But I can definitely help him at quarterback.”

When asked if he thought Jack is a finer athlete than he was at Jack’s age, the widely considered best quarterback in NFL history admitted, “[He has] great hand-eye coordination. He actually moves better than I did at his age.”

In an earlier episode of ESPN’s Man in the Arena, Brady, who has two more children, Vivian Lake (9) and Benjamin Rein (12), referred himself as “not as good a dad” to his kids like his own dad’s been to him. “I use him [Tom’s father] as my example of how to keep a family together and to care, to support, and how to love,” Tom continued.

Conceding all the disparities in his life, the seven-time Super Bowl champion wished the best for his children, “I want them to experience great success in whatever they do,” in later part of the same episode.