FC Barcelona are the leaders of this ongoing European summer transfer window because they have managed to acquire a number of talented and experienced players as of today.

Despite purchasing Jules Kounde from Sevilla a few days ago, the Catalan club continues to investigate the market and they are currently considering other options, including Bernardo Silva of Manchester City, with a view to replacing an existing squad member.

Who is likely to get the Barcelona contract if Frenkie de Jong leaves?

This crazy summer transfer window has seen a number of awkward done deals for the last couple of months, and now is the time to conclude this crazy saga for the next few months, but the big clubs are still searching for perfect players within the deadline.

Although Barcelona is interested, the Portugal international is aware of the difficulty of the deal, and at first, selling Frenkie de Jong is the most important requirement Barça must meet before signing Bernardo Silva from Manchester City. 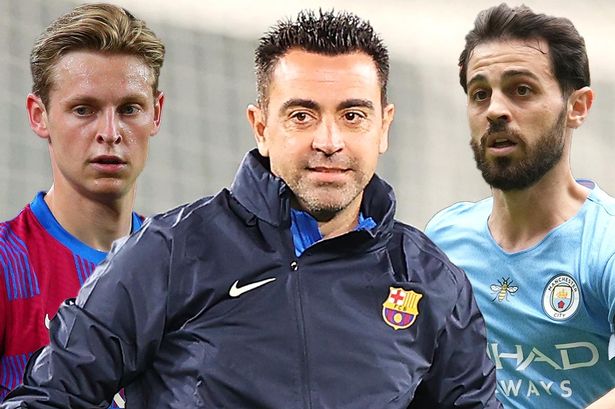 Since May, Silva has been a target for Barça due to his ability to win over Xavi and club president Joan Laporta, but the shift won’t happen without significant exits and this is the point that both Barcelona and the player are aware of it.

The 27-year-old is thus prepared to play the waiting game because there is still time for the Catalans to come up with a solution, according to the Spanish daily Mundo Deportivo.

In recent social media posts, soccer reporters are predicting that Bernardo Silva is on his way to join FC Barcelona and Frenkie de Jong is set to leave the club for England.

Bernardo Silva and Barcelona are now interested in each other, and Manchester City is aware that the player will only transfer to Barca; however, not everything is sunshine and daisies because of the Frenkie de Jong dilemma.