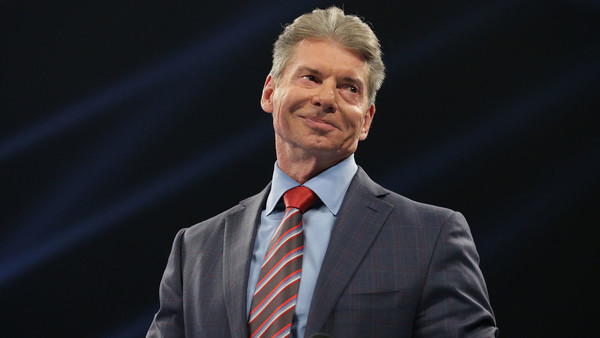 Vincent Kennedy McMahon, a name that is synonymous with the world of sports entertainment. To the WWE universe, Vince is much more than just the owner of the company. He is the founding figure of the global staged-wrestling market. On the one hand, he is a billionaire businessman, on the other hand, he is a brilliant storyteller, commentator wrestler, actor and proud owner of a football league. Even Vince McMahon’s walking style is very popular on the internet. Therefore, Sportszion has worked on Vince McMahon biography extensively to unearth some of the unknown facts about him.

Whether you love him or hate him, you can’t deny his contribution to popularizing sports entertainment. Despite being well into his 70s, Vince is still going strong and showing no signs of slowing down. Today, we’ll be unearthing some of the astounding facts from his life that were lost in the transition.

The world had just experienced a devastating global conflict when it saw the birth of a future legend. The kingpin of sports entertainment was born in Pinehurst, North Carolina, to Vince James McMahon and Victoria McMahon.

Vince had no exposure to his father’s love until he turned 12. But, when he met his dad, the two McMahons became closely attached. McMahon had his formal education from Military School and then East Carolina University.

Since childhood, Vince wanted to follow the path of his ancestors to the wrestling business. However, McMahon Sr was reluctant to bring his son to the same business where he suffered substantial losses. But, the door for McMahon opened when a vacancy of a promoter was created in Bangor, Maine.

Over the next decade, McMahon’s efforts tripled down the TV ratings. He gained prominence in the company by pulling stars like Muhammad Ali to the then WWWF. Renaming WWWF to WWF was also a brainchild of McMahon.

In 1979, McMahon left WWF and established Titan Sports alongside his better-half, Linda, with the sole goal of buying WWF. By the end of 1982, he accomplished his goal by purchasing total shares of WWF from McMahon sr and his partners.

Since the purchase, Vince jr started working to become a national promotion. He then started luring away stars from other promotions. Vince grabbed stars like Hulk Hogan, Rowdy Rody Piper, Jesse Ventura, and Greg Valentine from competitors.

Putting Hulkamania as the face of the company, WWF soon became the next big thing in the world of professional wrestling. With his aggressive signing of stars and split from NWA, Vince was public enemy number one in wrestling entertainment.

During this time, McMahon introduced creative storylines, flashy lights & costumes, and a nation-wide TV deal. These new changes were a significant hit and ensured a meteoric ascent of WWF’s popularity among young Americans.

The beginning of Wrestlemania:

March 31, 1985, marks the birth of wrestling’s grandest stage of all, when the first-ever Wrestlemania took place in Madison Square Garden, NY. In the main event, Andre the Giant faced Big John Studd in a $15,000 bodyslam challenge.

Vince made the first-ever Wrestlemania available on closed-circuit television throughout the US. It was a masterstroke by the then babyface commentator, which established Wrestlemania as the showcased event in sports entertainment.

The widely infamous Montreal Screwjob marked the beginning of the Mr McMahon character. It was Survivor Series 1997 when Bret “the Hitman” Hart defended the WWF Championship against long-time rival the Heartbreak Kid Shawn Michaels.

After Michaels applied Hart’s signature submission move The Sharpshooter on him, McMahon ordered the ref to ring the bell without Hart submitting. As Hart was screwed in front of his home audience, he spits on McMahon, making it the perfect backdrop for the newly-developed heelish character of the WWF Chairman.

“You’re Fired”- every WWE fan from the early 2000s is well-versed with these two words. It was the famous catchphrase of Mr McMahon, the on-screen persona of Vince McMahon. Because of Montreal Screwjob and later on feud with Stone Cold, Mr McMahon’s character was an instant hit.

Sometimes the fine line between the Chairman and CEO of WWE and Mr McMahon, the character became pretty bleak, leaving fans puzzled as to what’s actually real and what’s an elaborate performance. In the meantime, he bought out his biggest rival promotion WCW and changed the name of the company from WWF to WWE after losing a legal battle with the World Wildlife Fund.

Yes, you read it right. POTUS Donald Trump appeared on Wrestlemania 23 and had a feud with Mr McMahon. Initially, the two billionaires were scheduled to fight with each other, which later changed to a fight between representatives. There was another entrancing stipulation. The Loser will go bald.

Mr McMahon chose the Samoan Bulldozer Umaga while Trump went with the almighty Bobby Lashley. It was one of the highlighted matches of WM23, which ended in Lashley & Trump’s victory and Mr McMahon losing his hair. You can see it in Vince McMahon gif.

Mr McMahon’s kiss my ass club, a bunch of funny and humiliating angles that started in 2001 Survivor Series pay-per-view and ended with half a dozen entrants. William Regal was the first person to forcefully enter this club which no one wanted to associate with. Over the next decade, Jim Ross, Shawn Michaels, Shane McMahon, Mick Foley and Hornswoggle also joined the club against their wishes.

Vince has a fulfilling life with his wife, two children, and six grandchildren. Albeit having a luxurious penthouse in downtown Manhattan, the wrestling baron loves to spend his days in his $40 million mansion in Greenwich, Connecticut. 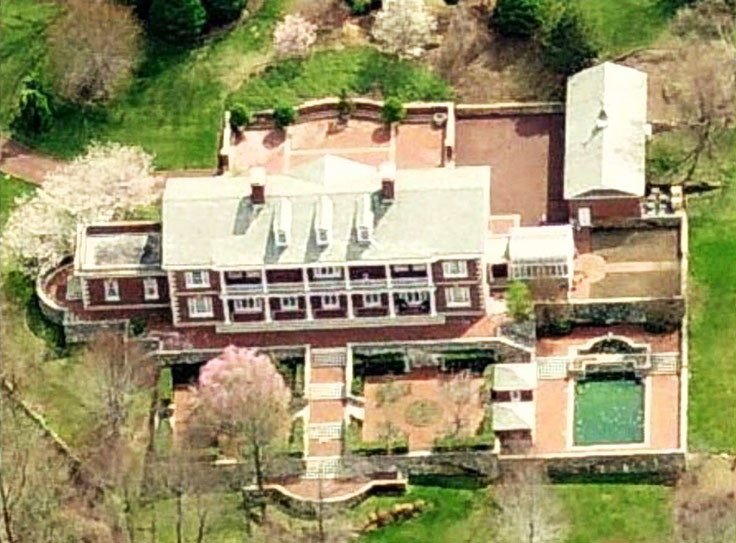 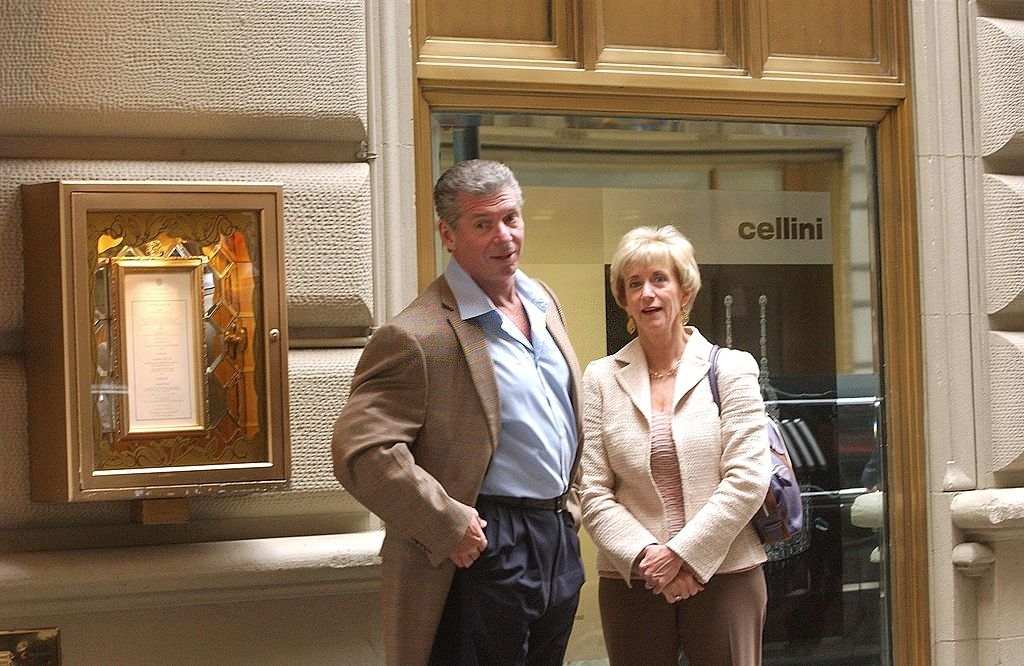 Vinnie Mac married Linda Marie on August 26, 1966, in his home state North Carolina. The couple met in a church, and it was love at first sight for Vince. Since then, the couple spent half a decade together and are still going strong to this day. 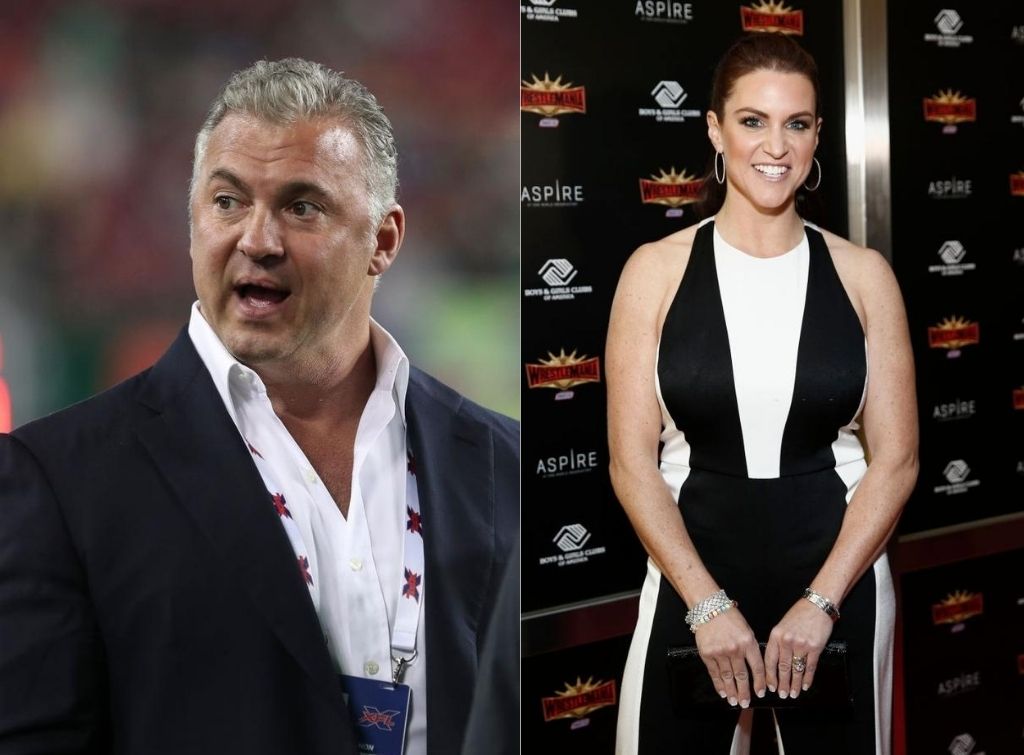 Vince has two biological children, Shane and Stephanie, who were born in 1970 and 1976, respectively. Both of them spent considerable time on WWE both on-screen as well as behind the scenes. Shane had an on and off relation with WWE while Stephanie had held various on-stage and backstage roles throughout the last two decades.

McMahon has an older sibling named Roderick James McMahon III. The first-born of Vince Sr is not any way involved with the world of wrestling and maintains a low profile. 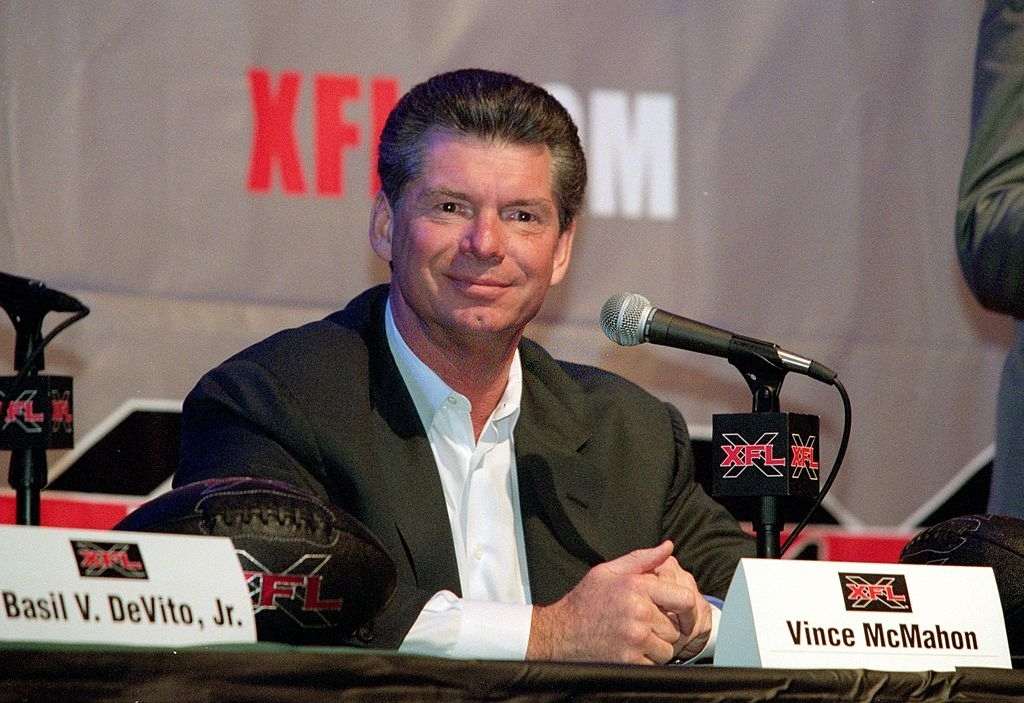 How much is Vince McMahon worth is a question that must be answered in his biography. As of August 2020, McMahon’s net worth is estimated at a mammoth $1.8 billion. Even after spending $500 million to revamp XFL, Vince has maintained his billionaire status.

As per reports, McMahon takes home $1.4 million per annum for holding the chairman post of WWE.

Net worth over the years

Though the actual figure of Linda McMahon’s net worth is unclear, the better half of Vince had spent roughly $100 million of her own money in the unsuccessful run for Connecticut senator back in 2010. So we can assume Linda has millions in triple-digit at least.

Daughter Stephanie has a net worth around $85 million, along with thousands of WWE shares. Her husband, Triple H, the mentor and producer of NXT, has an estimated net worth of $150 million.

Son Shane owns around $100 million as per Celebrity Net Worth. Though on paper, he is just an in-ring talent, the torch-bearer of the McMahon family is recently involving more in the creative department. He just introduced a new format named Raw Underground.

McMahon had a long-standing rivalry with AOL Time Warner’s World Championship Wrestling (WCW). It ended in 2001 when McMahon bought his then biggest rival establishing a monopoly in sports entertainment.

Recently, after a long hiatus, McMahon’s WWE found a rival in the form of All Elite Wrestling (AEW). Billionaire businessman Tony Khan’s company is giving a tough fight by making WWE stars switch the brand. The weekly show of AEW also airs at the same time as Wednesday night NXT.

Vince McMahon biography gets more interesting as we dig deeper into his life. This guy is a Hollywood artist too. Till now, the WWE boss has appeared in six movies as a voice artist. He played himself in all six films, and these movies were all WWE productions. Take a look at his filmography down below. 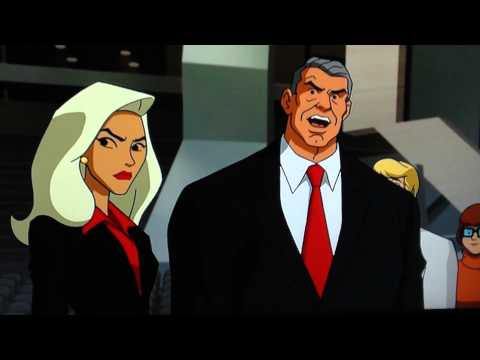 Mr McMahon, through Vince & Linda McMahon Family Foundation, has donated millions of dollars to thousands of school and university goers. He has offered his help to foundations like Ridgefield Academy, Achievement First and Greenwich Alliance for Education.

McMahon’s donations include $3 million to the Sacred Heart University of Fairfield, Connecticut, and $2.53 million to the Young Peoples Community Center of Pennsylvania. The latter was used to build a tennis center for the residents.

Apart from the earlier mentioned Montreal Screwjob, Vince had seen a lot of controversies in his days. Here are a few of them in a listed manner. 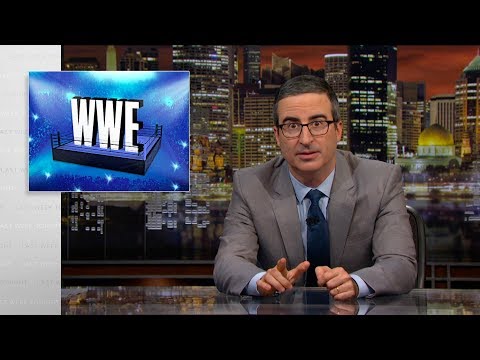 Here are five famous quotes that came out of McMahon’s mouth over the years.

It’s fun to imagine what modern wrestling would look like if it hadn’t seen a character like Vince. Conceptualizing a world-wide presence for a regional promotion back in the 80s takes a lot of courage and dedication. Without Vince, we might still see a bunch of area-specific promotions battling out with each other, none being world-class at their business.

We can’t deny the role of this merchant prince after accumulating data for Vince McMahon biography in popularizing sports entertainment, albeit rigged with controversies. A character like him only appears once or twice in a century. So, we should embrace the last few years of his career as a storyteller.

Retribution creates havoc as they destroyed everything on SmackDown!
Top 10 greatest moments of The Undertaker in WWE history