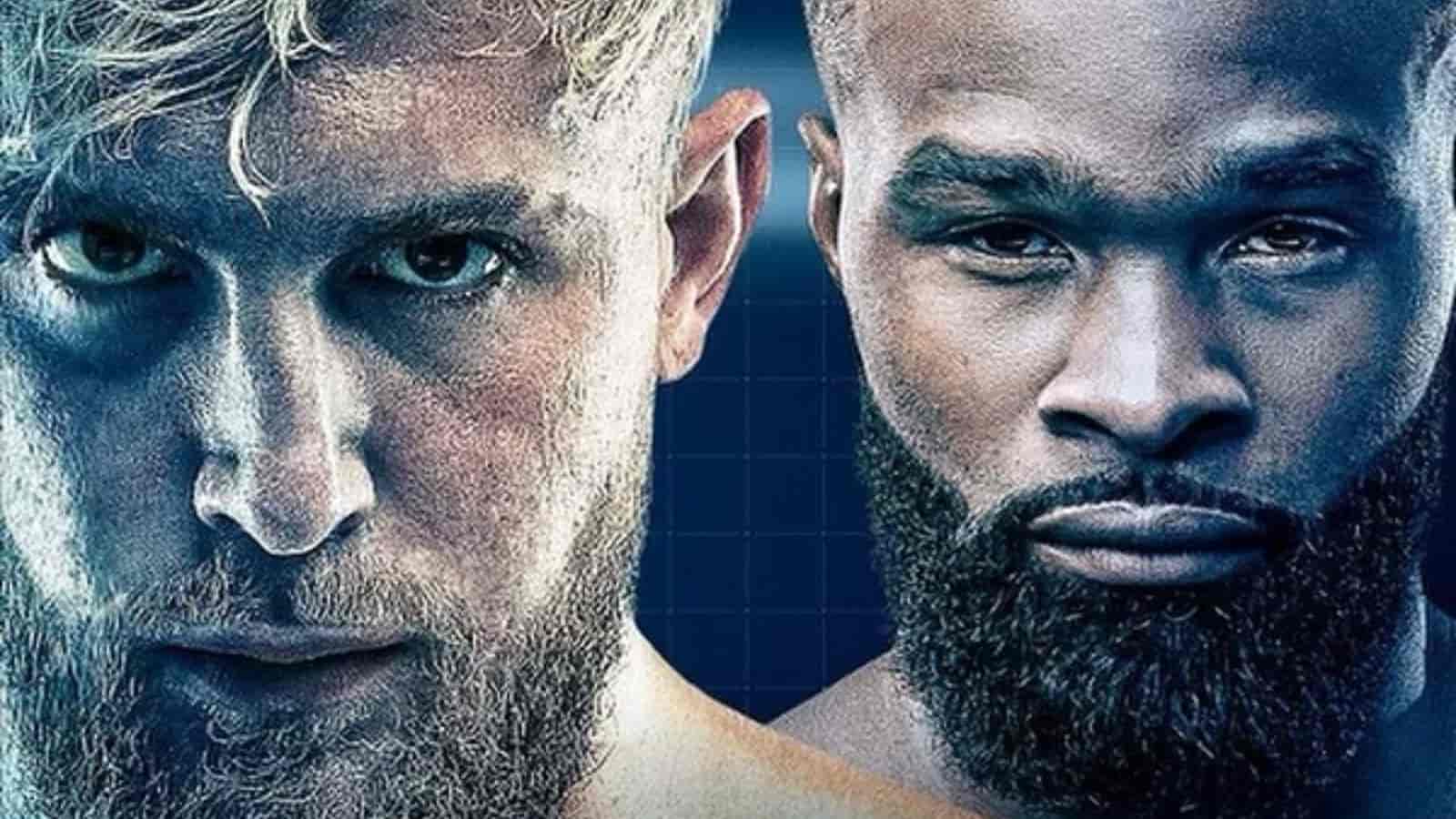 Boxing fans looking forward to watching Jake Paul vs Tyron Woodley live stream will be surely excited for the undercard events too. Hence, it is time to figure out the ways to watch the Sunday boxing fights. Oh, and keep in mind that the Paul vs Woodley clash is on Sunday, not on Saturday.

The wannabe boxer Jake Paul will enter the ring with fresh three pro boxing wins. Further, Paul’s most recent blockbuster win over Ben Askren was lit. The YouTuber seems in full confidence like his previous fight with Askren. So, can he win again?

On the other hand, Woodley is a newcomer in professional boxing, but he had an amazing UFC career. Tyron was a dominant welterweight player, and it is evident that he will also look forward to pressurizing Paul. 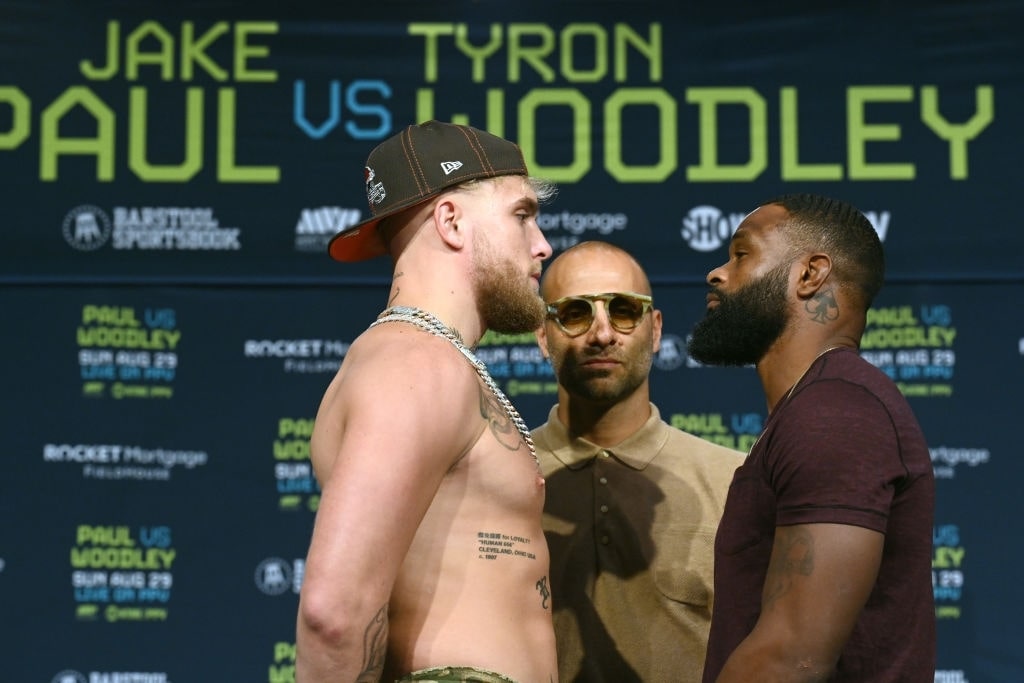 Paul vs Woodley bout can be watched in two ways, Showtime and Fite app. However, it is a PPV boxing fight, so you will have to make a one-time payment to enjoy the fight online or on TV. Whether you want to watch on Showtime or the FIte app, it will cost $59.99 on both services. The main card will start at 8 PM ET, but the headliner may enter the ring approximately at 10 PM ET.

Unlike the USA, Canada doesn’t have multiple options for Jake Paul vs Tyron Woodley streaming. Canadians can watch the match on the Fite App. The price will be around 75 Canadian dollars.

Fans located in the UK will have to stay up awfully late or maybe wake up late in the night as the fight will start at 1 AM at UK time. So, British people will get a discount. BT Sports has the right to show the Woodley vs Paul fight in the UK. The discounted PPV price is £16.95. The bout will also be available on Sky Sports Box Office.

Kayo Sports holds the right to distribute the Jake Paul vs Tyron Woodley PPV in Australia. It will cost $29.95. However, you may also watch the bout on the free streaming sites we have mentioned earlier in this article. 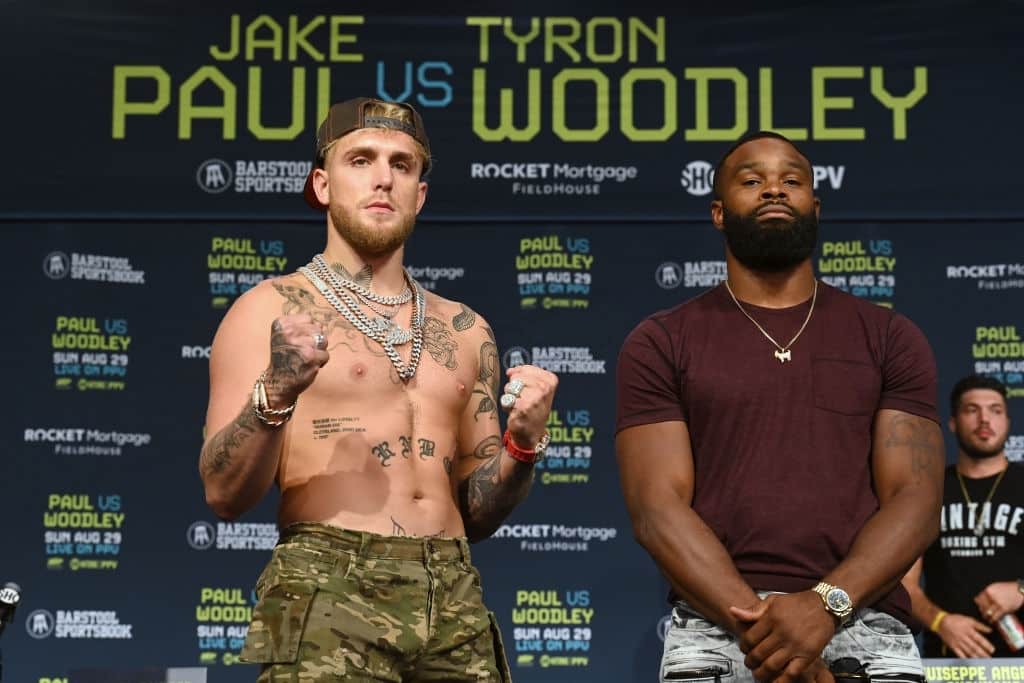 Woodley might emerge as the toughest challenge for Jake Paul. However, pundits also thought the same during the Askren vs Jake Paul fight, which turned out wrong. But this time, Woodley may put great pressure on Paul. Perhaps the YouTube sensation will face a real fighter.

At the same time, it is unpredictable too; either could win by knockout at any of the eight rounds. Although Woodley is a veteran UFC fighter, Jake Paul has more experience in boxing, and we have seen his capability previously. Besides, Paul is 15 years younger than Woodley. So, the energy Jake Paul has is incomparable to Tyron.

So, our pick is Jake Paul through Knockout on round 3. 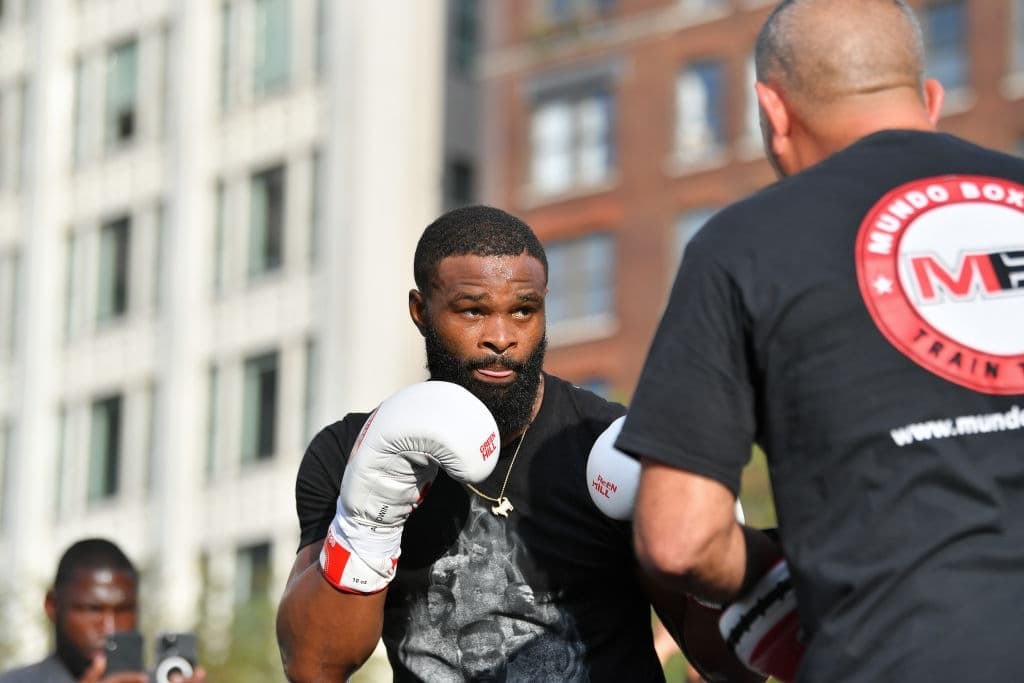 Tyron Woodley works out with his trainer during a media workout at Cleveland Public Square prior to his August 29 fight with Jake Paul on August 25, 2021 in Cleveland, Ohio. (Photo by Jason Miller/Getty Images)