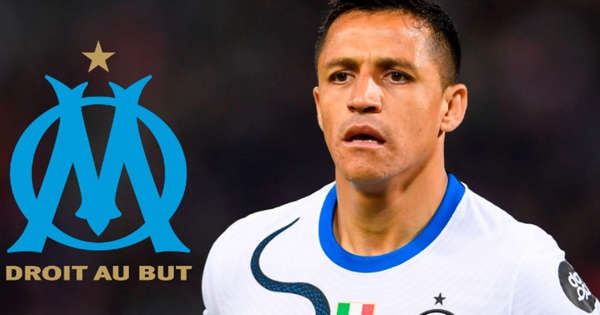 It’s nothing new that Alexis Sanchez will be unveiled as a new Marseille forward, and the 33-year-old was free to choose another club after mutually terminating contracts with Inter Milan few days ago.

Alexis Sanchez contract details show that the Chilean winger also opted for a move out of the city of Milan at the beginning of this transfer window when his national team counterpart Arturo Vidal left the Nerazzuri for Brazilian outfit Flamengo.

Who is Alexis Sanchez?

Alexis Alejandro Sánchez, a professional football player from Chile who goes by the moniker Alexis and was born on December 19, 1988, plays as a forward for the Chilean national team. He is frequently hailed as the finest player to ever represent Chile.

Sánchez, known as “El Nino Maravilla” (The Wonder Child), began his senior club career with Cobreloa. At age 18, he joined Udinese, and while on loan at Colo-Colo and River Plate, he won back-to-back league titles. Sánchez became the most expensive Chilean player in history when he signed for Barcelona in 2011 for a transfer fee of €37.5 million, setting a record in association football.

After several glorified years at Barca, Sanchez moved to Arsenal and then Manchester United before joining Inter Milan last January, and now he will travel to France to play with Marseille.

The Chilean superstar is now staying in the French southern city of Marseille to finalize his deal and, according to the famous Italian soccer journalist Fabrizio Romano, “Alexis Sánchez will undergo medical tests on Wednesday morning then sign the contract as new Olympique Marseille player, as expected. Here we go confirmed.”

Alexis joins on a free move after contract terminated with Inter.

Fabrizio Romano also confirmed that the Chilean forward decided to join the French side on a free transfer after Inter Milan cancelled his contract.

What does he add to the Marseille?

The manager of Merseille FC, Igor Tudor, is working hard to assemble a strong squad for the forthcoming campaign, but he regularly loses motivation when he is unable to recruit the players he desires. Now, though, he has the chance to sign a highly sought-after player who will surely contribute significantly to strengthening the defense.

The French team was eagerly awaiting the arrival of a different left winger in addition to Dimitri Payet, who is in negotiations to go to another soccer club because his contract is up. Additionally, since the Croatian manager was hired, football experts have been stating that Tudor’s squad would benefit greatly by adding Sanchez as a fresh striker to the left back position.

What does this signing mean for other Marseille Players?

Merseille now have one of the most experienced starting lineups in French football, but they will need to make room for the new Chilean winger whenever he arrives, so they are already in negotiations to sell Gerson.

Recent rumors claim that Gerson will leave the French team and be close to signing with an Italian team before the deadline, leaving players like Tavares and Clauss on the outside looking in. This season, young players or academy members who made brief appearances for the first team the previous year may be loaned out, like Samuel Gigot.

Despite being a star player, Sanchez may struggle to fit into the first team because of the presence of other notable forwards like Konrad De La Fuente, A. Milik, and Cedric Bakambu.

Apart from that, he also contributed a lot to his national soccer team and helped them win two Copa Americas and qualify for World Cups. Sanchez with his Copa America

In recent times, he might have lost his goal-scoring prowess, but he never felt short of assisting others in front of the penalty area.

As of today, Sanchez managed to score 198 goals for clubs and 48 goals for his country during his prolonged soccer career, which is obviously a landmark for a player of his generation.